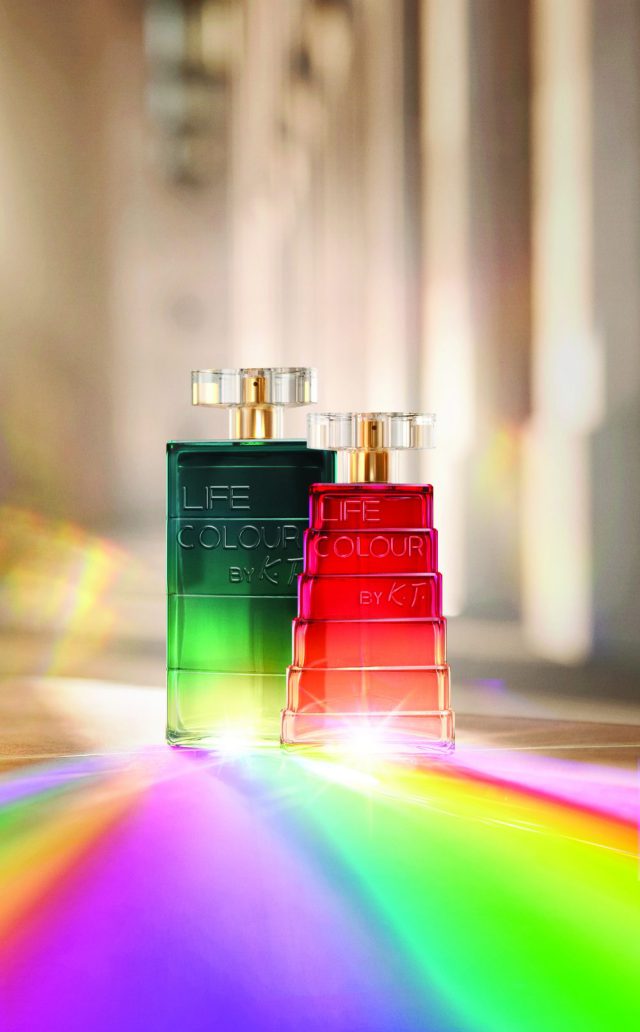 THAT MAKES SCENTS: Avon is bolstering its fragrance portfolio with the launch of Avon Life Colour in collaboration with Kenzo Takada. This is the second time Takada has partnered with Avon.
In 2016, the two collaborated on a fragrance called Avon Life, which Avon said broke the company’s sales records with the highest sales for a fragrance in the first quarter after its launch.
“One of my greatest inspirations has always been the power of colors since it is a universal language and impacts how we feel,” said Takada.
“This beautiful collaboration with Avon allowed me to capture, in a scent, the colorful spirit of positivity that we need so much nowadays,” he said of the men's and women's fragrance created by master perfumers Frank Voelkl and Olivier Cresp.
Avon Life Colour marks the company’s biggest launch since the appointment of Jan Zijderveld, a 30-year Unilever veteran, who succeeded Sheri McCoy as chief executive officer. Zijderveld was appointed to execute strategic change at the company including its new cost-cutting program.
The fragrance will be backed by a large marketing campaign including traditional advertising and a dedicated announcement with Takada during Paris Fashion Week where the brand shows.
“We’re incredibly excited about the potential of this new fragrance and the opportunities it will bring to Avon,” said Jonathan Myers, executive vice president and chief operating officer at Avon.
Avon, one of the largest direct-selling beauty companies, has representatives in more than 50 markets. By activating these key areas, the launch will reach the company’s extensive network of more than six million beauty entrepreneurs.
“This launch reinforces our fast-beauty strategy and furthers our commitment to democratize beauty, making sure our customers have access to the latest beauty trends at accessible prices,” Myers said.
According to Euromonitor International, the global fragrance market was worth $48 billion in 2016 with the U.S. witnessing a 2.6 percent growth in 2017. In the U.K., fragrance sales were estimated to be worth 1.5 billion pounds in 2017, according to a Mintel report.
Source: Read Full Article

Previous: US opioid prescribing rates by congressional district
Next: ‘Good cholesterol’ may not always be good
Pet Care News