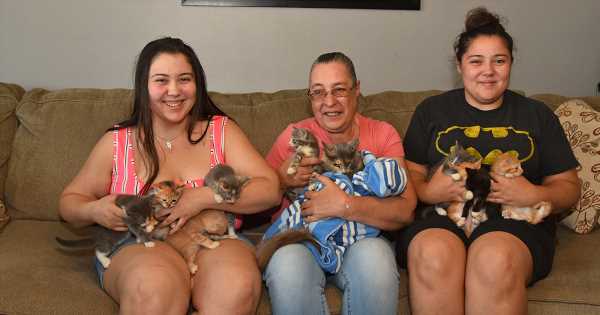 Home » Pet Care » A Fortunate Feline and Her “Nine Lives”

Bronx twins Christina and Amanda G., 28, have been taking in stray cats since they were teenagers, but they had never encountered 10 cats at once until Azalea. A three-year-old queen with her nine tiny kittens were rescued by the NYPD and ASPCA from a storm drain near their family’s apartment in June.

Following their rescue, Azalea and her kittens were taken to the Animal Recovery Center at the ASPCA Animal Hospital, where they received medical assessments. Weighing just a few ounces each, the kittens were treated for upper respiratory infections. Two weeks after their rescue, the twin sisters and their mother, Marilyn S., volunteered to foster the entire feline family.

A Bouquet of Kittens

The bouquet of short-haired kittens was diverse in color and pattern, and each kitten was named after a flower like their mother: Daffodil, Dahlia, Foxglove, Hyacinth, Lantana, Peony, Primrose, Sunflower and Tiger Lily. 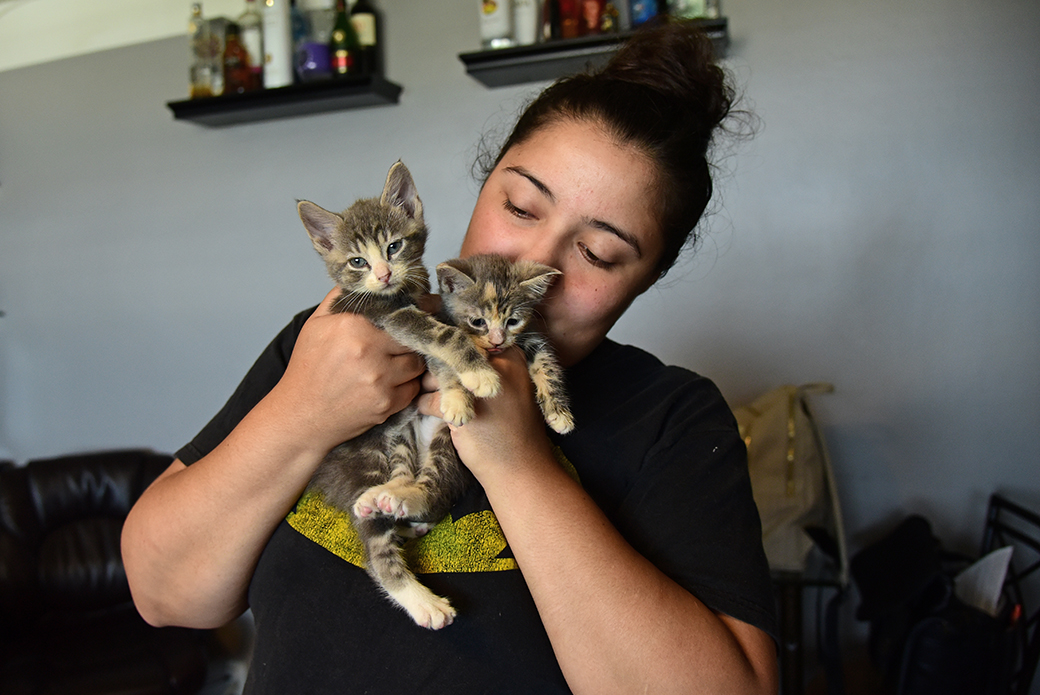 Dr. Allison Bliss,Veterinary Staff and Program Manager for the ASPCA Kitten Nursery, had never come across such a large litter. “Seven kittens in one litter is the most I’ve ever seen,” says Dr. Bliss, who examined the nine kittens and their mother during a routine check-up midway through their time in foster care.

“They all have their own personalities,” says Christina, who, along with her family, quickly learned the names of all 10 and even gave each cat a nickname. Peony’s was “Baby,” and Lantana’s was “Lazy” because she slept a lot. Even Azalea, initially timid and fearful, had a nickname: Mushu.

“Mushu was a good mom,” recalls Marilyn. “She nursed her kittens on a rug in our bathtub, where it was quiet, and she felt safe. She did most of the work herself.” 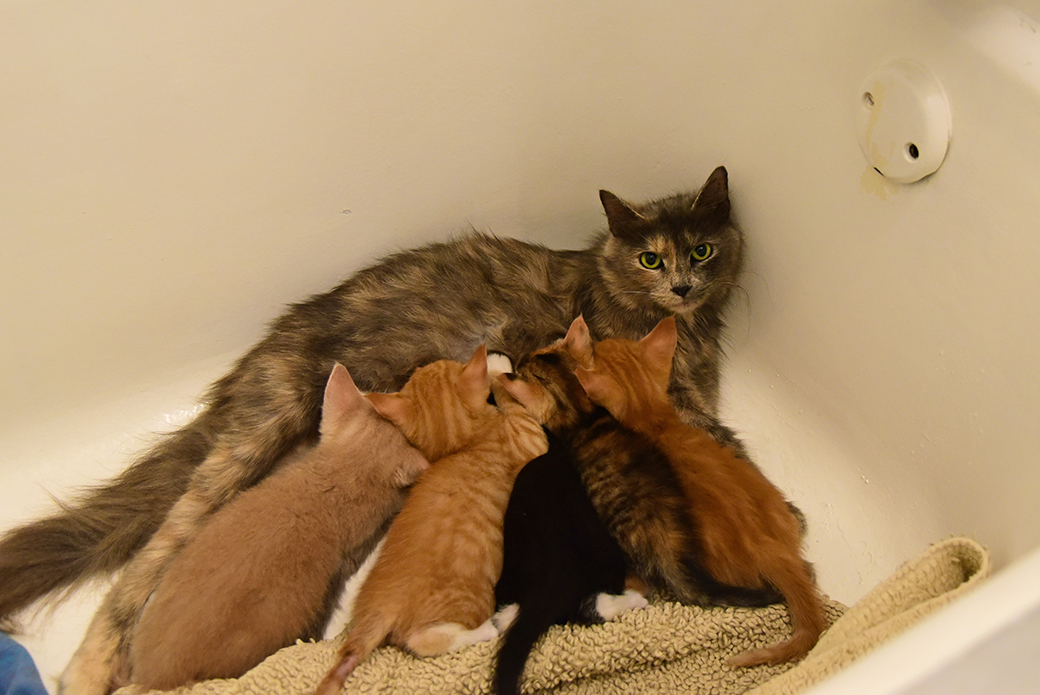 The family’s two resident cats, Leela and Bam Bam, who are both rescues, got along well with Azalea and her brood and even helped groom the kittens.

Marilyn and the twins, along with their stepfather, Miguel, rotated multiple daily feedings and playtimes around work schedules to care for the cats.

“Azalea and her kittens had a whole team,” says Christina, who played classical music from her phone to lull the kittens to sleep.

After a week in the house, Azalea let Marilyn pick her up for the first time, a big step for a cat who had relied on handouts from the community for more than two years before her rescue.

“She even started to use the cat scratcher,” says Marilyn. “She made such good progress with us.”

Once the kittens each weighed 850 grams, they were returned to the ASPCA—along with Azalea—to be spayed and neutered. When they were ready for adoption, the foster family had already decided to keep Azalea.

“She had really come out of her shell and got used to living with us,” says Marilyn, who made Azalea’s adoption official on September 1.

“We hope Azalea’s story inspires others to open their homes and foster kittens in need,” says Gemma Smith, Administrative Manager of the Kitten Nursery. “There’s no place like a loving home to get them used to the sights, sounds and experiences that will set them up to be house cats.”

With Azalea and all of her kittens now safely in homes, the family’s experience inspired Christina and Amanda to plan a fundraiser for foster supplies for the ASPCA and to earn their Trap-Neuter-Return-Monitor (TNRM) certification so they can help to manage their local community cat colonies.

“There are a lot of people in our neighborhood, and a lot of cats,” says Amanda. “We hope to build a community that will help rescue and foster.”

“Getting Azalea off the street, and seeing her kittens grow and thrive and get homes made us so happy,” adds Christine. “It was just an awesome experience. We want others to feel that way, too.” 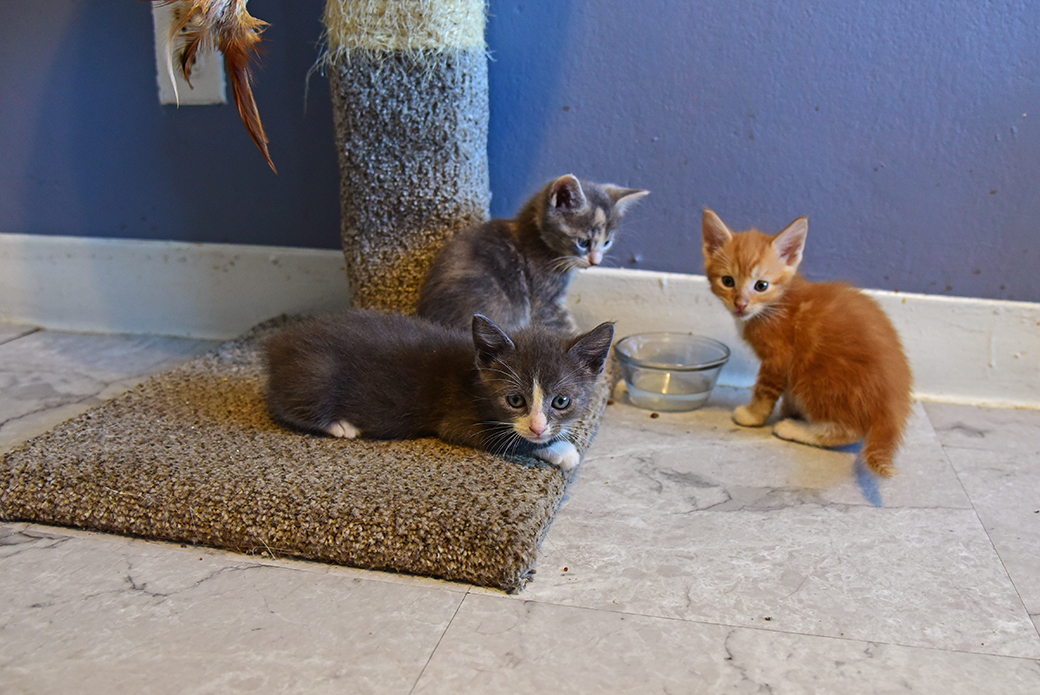 Tags: A, and, Feline, Fortunate, Her, lives, Nine