The US has been in the grips of an “opioid epidemic” since the 1990s, with massive rises in the use – and misuse – of opioids such as morphine and codeine. There has also been a parallel rise in the number of opioid-related deaths, from 8,048 in 1999 to 42,249 in 2016. Now, there are signs that the problem is spreading to other nations – including the UK.

The current epidemic in the US is thought to have begun with the over-prescription of opioids for pain relief: in 1991, 76m opioid prescriptions were dispensed by US retail pharmacies. By 2011, this figure was 219m. The overall rate of death from drug overdose more than trebled in the US between 1999 and 2016.

In 2017, president Trump officially declared the US epidemic a public health emergency, establishing a presidential commission to combat the crisis and introducing the death penalty for drug traffickers.

Prescriptions on the rise

With colleagues from Scottish universities, we published research exploring the factors associated with the rates of opioid prescribing in Scotland. We looked at a record of every prescription for opioid medicine dispensed in Scotland between 2003 and 2012. The trend we uncovered was startling.

We found that the number of prescriptions of “strong” opioids (including morphine, fentanyl, oxycodone and others) more than doubled from 474,385 to 1,036,446 per year. A full 18% of people in Scotland received at least one opioid prescription in 2012. 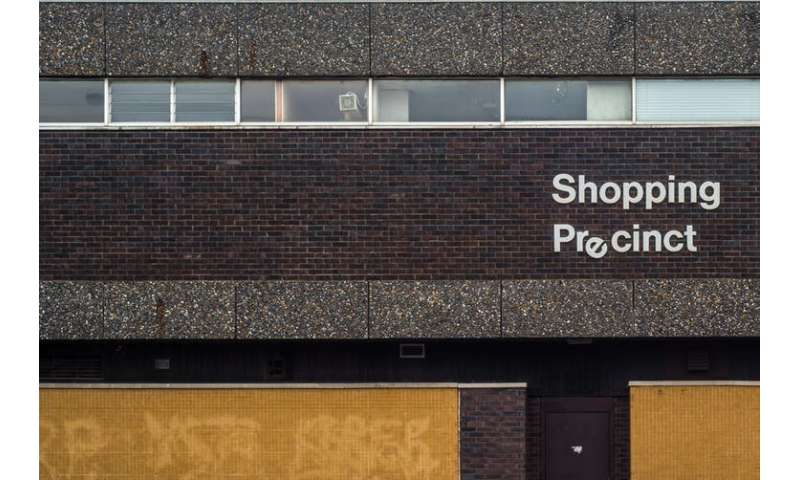 Geography was also important, as prescribing rates differed between regions. This pattern was partly – though not wholly – associated with areas of relative deprivation. A recent study in England also found geographical variation in opioid prescribing rates, with a clear north-south divide, and London having the lowest rates.

It’s also worth noting that although the rates of opioid prescribing in Scotland are following the upward trends seen elsewhere, most of the prescribing seems to be appropriate. We found that it was related to the presence and severity of pain, and there remain many people who have significant pain but have not received an opioid.

There’s good evidence to suggest that opioids are effective at relieving pain in the short term. But few studies have gauged their benefits for more than 12 weeks’ treatment – despite the high numbers of patients who take them for many months and years. By contrast, there is clear evidence that they cause widespread and potentially serious harms, when taken long term.

Common side effects include constipation and sedation, but opioids can also have a bad impact on the respiratory, central nervous, cardiovascular, endocrine and immune systems. Whether opioids are used illicitly for recreation, or taken legitimately for pain, they can lead to misuse, addiction and – as demonstrated in the US – death.

In our other recent study, we found through systematic analysis of previous research that 4.7% of people who were prescribed opioids for pain went on to develop formally diagnosed misuse or addiction. It’s possible that more cases went undiagnosed.

Perhaps counter-intuitively, longer-term opioid exposure, and prescription of strong rather than weak opioids, were associated with lower incidences of opioid dependence or abuse. Individual factors, such as depression, anxiety and previous substance misuse, increase the risk of addiction. It is possible to use validated screening questionnaires to detect people who are at high risk of addiction before treatment is started.

Given the harms to individuals and societies, it’s fair to ask whether we should be prescribing opioids at all. The answer to this is definitely “yes” – for short-term pain, and with caution. For long-term pain, it’s essential to recognise the risk of developing side effects while not necessarily easing pain. Prescribed appropriately, however, opioids can make life better for people experiencing pain.