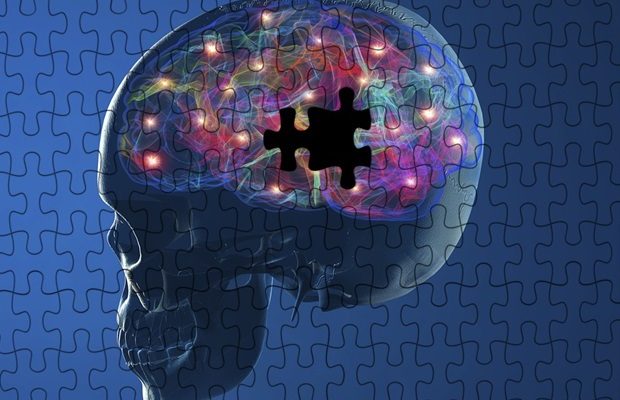 NOTICE: This Consumer Medicine Information (CMI) is intended for persons living in Australia.

What is in this leaflet

What Metomax is used for

Metomax is used to treat nausea experienced with migraine headaches.
Migraine is a condition that is thought to be caused by the widening of certain blood vessels in the brain causing a recurrent headache that normally affects one side of the head.
Migraines are usually described as intense, throbbing or pounding pain that involves the temple, but can sometimes be located in the forehead, around the eye or the back of the head.
There are many symptoms that may accompany migraines; nausea (feeling sick) is one of the most common.
Metomax contains paracetamol and metoclopramide hydrochloride (as monohydrate).
Paracetamol is an analgesic, used for temporary relief from pain (such as headache). Metoclopramide is an anti-emetic, used to control nausea and vomiting caused by migraine.
Ask your doctor or pharmacist if you have any questions about why Metomax has been recommended for you.
Your doctor or pharmacist may have recommended Metomax for another reason.
This medicine is not addictive.
Metomax is a “Pharmacist Only Medicine”. It is available without a doctor’s prescription but your pharmacist’s advice is required.

When you must not take it

Do not take Metomax if you are allergic to:
paracetamol (e.g. Panadol)
metoclopramide (e.g. Maxolon, Pramin)
any of the ingredients listed at the end of this leaflet.
Some of the symptoms of an allergic reaction may include:
shortness of breath
wheezing or difficulty breathing
swelling of the face, lips, tongue or other parts of the body
rash, itching or hives on the skin.
Do not take Metomax if you have:
bleeding from the stomach and/or digestive tract
intestinal blockage
recent surgery on the stomach and/or intestine
phaeochromocytoma, a rare tumour of the adrenal gland. The adrenal gland is located near the kidney.
Do not use if you have epilepsy (fits).
Do not give Metomax to children under 18 years.
Do not take this medicine after the expiry date printed on the pack or if the packaging is torn or shows signs of tampering.
If it has expired or is damaged, return it to your pharmacist for disposal.
If you are not sure whether you should start taking this medicine, talk to your doctor.

Before you start to take it

Tell your doctor or pharmacist if you are taking any other medicines, including any that you buy without a prescription from a pharmacy, supermarket or health food shop.
Some medicines and Metomax may interfere with each other. These include:
medicines used to prevent blood clots
medicines used to treat epilepsy
pain relievers such as codeine and morphine
some medicines found in travel sickness, hayfever and allergy, stomach cramps and, cough and cold preparations
medicines used to treat anxiety or help you to sleep
medicines used to treat certain mental and emotional conditions, such as schizophrenia
tetracycline antibiotics
levodopa, a medicine used in the treatment of Parkinson’s disease
digoxin, a medicine used to treat heart failure
other paracetamol containing products.
These medicines may be affected by Metomax or may affect how well it works. You may need different amounts of your medicines, or you may need to take different medicines.
Your doctor or pharmacist has more information on medicines to be careful with or avoid while taking this medicine.

How much to take

Take Metomax strictly as directed by your doctor or pharmacist.
The initial dose for adults is 1-2 capsules. Metomax should be taken at the first sign of a migraine attack. If symptoms persist, repeat every four hours.
The maximum dose for adults is 6 capsules in 24 hours.
Do not take more than the recommended dose.
Your dose may be different from those on the pack, depending on your condition and whether or not you are taking any other medicines. Your doctor or pharmacist will advise you.
Metomax is not recommended for children below 18 years of age.

How to take it

Swallow the capsules whole with a full glass of water.

When to take it

Take Metomax at the first sign of a migraine attack.

How long to take it for

Metomax is not intended for long-term use.
Do not take for more than a few days at time unless advised to buy a doctor.

If you take too much (overdose)

Immediately telephone your doctor or the Poisons Information Centre (telephone 13 11 26) for advice, or go to Accident and Emergency at the nearest hospital, if you think you or anyone else may have taken too much Metomax. Do this even if there are no signs of discomfort or poisoning.
There is a risk of delayed, serious liver damage. You may need urgent medical attention.
If you take too much Metomax, you may feel dizzy, sleepy or drowsy, confused, sweaty, vomit, have pains in the stomach, have convulsions or fits, or experience uncontrolled muscle movements or notice yellowing of the skin.

While you are taking Metomax

Things you must do

Things you must not do

Things to be careful of

Be careful driving or operating machinery until you know how Metomax affects you.
Metomax may cause drowsiness, tiredness or dizziness in some people. If any of these occur, do not drive, operate machinery or do anything else that could be dangerous.
Avoid drinking alcohol while taking Metomax.
Combining Metomax with alcohol can make you more sleepy or drowsy.

Tell your doctor or pharmacist as soon as possible if you do not feel well while you are taking Metomax.
Metomax helps most people to relieve some of the symptoms associated with their migraines. But it may have unwanted side effects in some people.
All medicines can have side effects. Sometimes they are serious, most of the time they are not. You may need medical treatment if you get some of the side effects.
Do not be alarmed by the following list of side effects.
You may not experience any of them.
Ask your doctor or pharmacist to answer any questions you may have.
Tell your doctor or pharmacist if you notice any of the following and they worry you:
indigestion
drowsiness
fatigue, tiredness
restlessness
trouble sleeping
dizziness, headache
feeling sick, also called nausea
bowel irregularities.
The above list includes the milder side effects of Metomax.
Tell your doctor as soon as possible if you notice any of the following:
unusual changes mood, such as anxiety, depression or agitation
uncontrolled and repeated movements of the arms, legs, eyes, mouth, tongue, face and jaw. This may be a sign of tardive dyskinesia, a movement disorder which can be potentially irreversible.
The above list includes serious side effects which may require medical attention or hospitalisation.
If any of the following happen, stop taking Metomax and see your doctor immediately, or go to Accident and Emergency at the nearest hospital:
symptoms of an allergic reaction such as, skin rash, itching or hives; swelling of the face, lips or tongue which may cause difficulty in swallowing or breathing; wheezing or shortness of breath
a sudden increase in body temperature, extremely high blood pressure, stiff muscles and severe convulsions. These could be signs of a serious side effect called neuroleptic malignant syndrome
severe drowsiness or sleepiness
bluish colouration to the skin, a symptom of blood condition called methaemoglobinaemia.
The side effects listed above are rare, but serious and require urgent medical attention or hospitalisation.
Tell your doctor or pharmacist if you notice anything that is making you feel unwell.
Other side effects not listed above may also occur in some people.

Keep Metomax where children cannot reach it.
A locked cupboard at least one-and-a-half metres above the ground is a good place to store medicines.
Keep your capsules in the pack until it is time to take them.
If you take the capsules out of the pack they will not keep well.
Keep your capsules in a cool dry place where the temperature stays below 25°C.
Do not store Metomax or any other medicine in the bathroom or near a sink.
Do not leave Metomax in the car or on window sills.
Heat and dampness can destroy some medicines.

If your doctor or pharmacist tells you to stop taking Metomax, or your capsules have passed their expiry date, ask your pharmacist what to do with any that are left over.

Metomax is a capsule marked with a Greek alpha symbol on the green section and “P500|M5” on the yellow section.
Each pack contains 10 capsules.