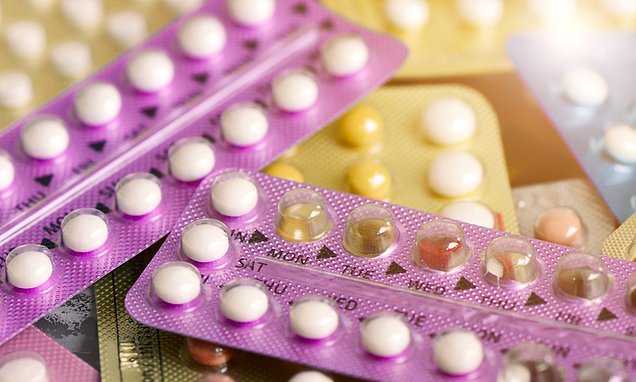 Women should not worry that taking the contraceptive pill will make them fat, according to experts.

For years, many have avoided using hormonal contraception over fears it will make them pile on the pounds.

But new guidance by the Faculty of Sexual and Reproductive Healthcare (FSRH) states that there is no evidence to support this.

In fact, they say women of reproductive age tend to gain weight over time – regardless of the use of any contraceptive method. 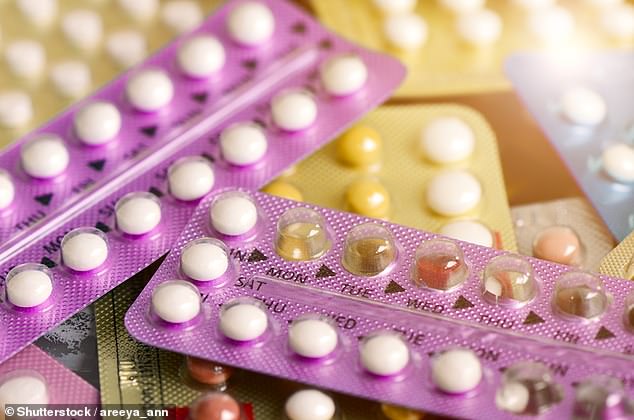 For years, many have avoided using hormonal contraception over fears it will make them pile on the pounds

This includes intrauterine contraception – the IUD and IUS – the implant, the progestogen-only pill or combined hormonal contraception.

Dr Sarah Hardman, director of the clinical effectiveness unit at the FSRH, said: ‘Women often tell us that they do not want to start or to continue contraception because they are worried that it will make them gain weight.

‘In studies, women gain on average a similar amount of weight over time whether they are using hormonal contraception or not.

‘In other words, women may gain some weight during use of a contraceptive method, but so, on average, do women who are not using contraception.

‘After looking at all the studies available, we can say that average weight gain during use of contraceptive pills, the implant and the hormonal coil is modest and is not significantly different to weight gain with no contraception or non-hormonal contraception.’

The first contraceptive pills were developed in the 1960s and contained much higher doses of the hormones oestrogen and progestogen than modern versions.

It is now known that high doses of oestrogen can lead to water retention and an increase in appetite in some women – both of which can lead to weight gain.

But Public Health England has warned that current rates of obesity are increasing among women of reproductive age and an increasing number of women who become pregnant are obese.

According to research carried out by the department, 19 per cent of women of reproductive age in England are obese.

A further 3.6 per cent are severely obese, and out of the total number of obese women 5.3 per cent will become pregnant each year.

PHE says that maternal obesity is a ‘significant risk’ to preconception, and one of several influences that appear to underlie the risks to new-born babies of non-communicable diseases, such as type 2 diabetes, asthma and endometrial cancer.

Professor Judith Stephenson, at the UCL Institute for Women’s Health, said that the health of the mother before she enters pregnancy is extremely important.

‘The health of the mother before she conceives can present one of the biggest challenges for a woman who is perhaps obese – that’s going to create a lot of challenges for the maternity care.

Trying to improve her health before she becomes pregnant is very important and we know that will have beneficial outcomes for the baby as well.’

THE RISK OF BLOOD CLOTS WITH THE PILL

Contraceptive pills that contain oestrogen may cause blood to clot more easily.

This could lead to a clot in the leg, known as deep vein thrombosis, or in the lung, which is called a pulmonary embolism.

Blood clots can also trigger a heart attack or stroke.

The risk of developing a blood clot from the Pill is ‘very small’.

Nonetheless, it is unlikely a doctor will prescribe the contraceptive if a woman has two or more of the following risk factors: