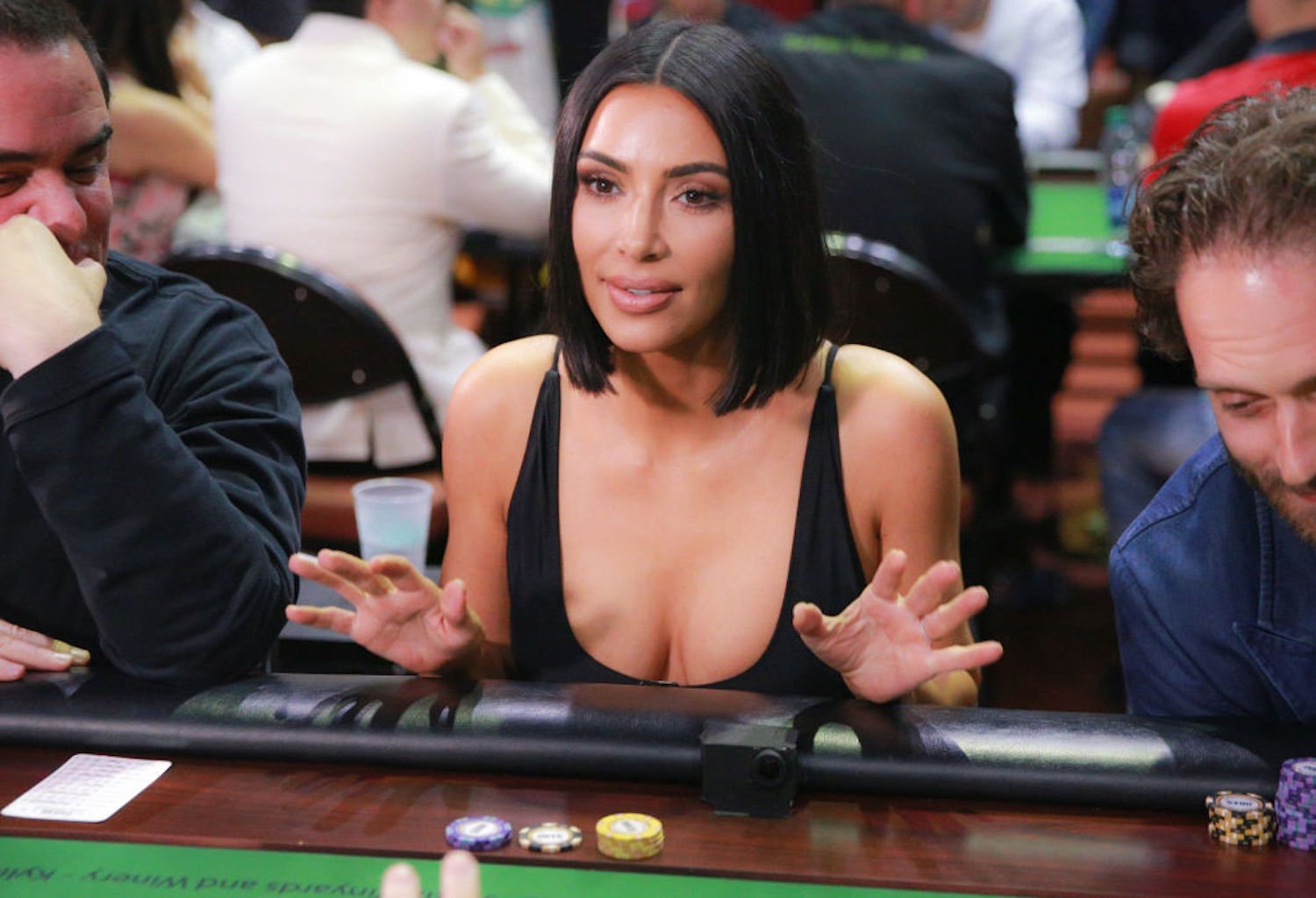 The reality star, 37, shared videos on her Instagram Stories Sunday night that showed her sisters, Khloe Kardashian and Kendall Jenner, complimenting her weight — in a seriously insensitive way.

Khloe chimed in, too, saying, “I’ve never seen a human being look as good. You are a walking Face Tune doll.” (FYI: Face Tune is a photo editing app.)

Kendall interrupted again, telling Kim her purse was as tiny as her. “Oh my god, the compliments!” exclaimed Kim, who later told her sisters that she’s “not that skinny,” saying she’s down to 54 kilograms (less with her hair extensions, she said).

Clearly, all of this talk is incredibly insensitive—and possibly even damaging to those who have or are currently struggling with body issues and eating disorders. And fans (er, former fans?) were quick to tell Kim exactly how hurtful her negative body talk was.

“Compliments on weight loss can be and are often problematic,” says Claire Mysko, CEO of the National Eating Disorders Association (NEDA). “We hear from many people—in fact most people who have struggled with eating disorders—have cited experiences where they have lost weight and been complimented, and this serves as fuel for their eating disorder. It’s tough in a culture where weight loss is lauded and there’s an assumption that weight loss is always a good thing.”

Many people on social media referred to Kim’s comments as “triggering”—and they’re not wrong. According to NEDA, a “trigger” is “defined as something that sets off cravings in recovering individuals.”

Those “triggers” can come in many forms, per NEDA, specifically while “recovering within a cultural climate of unhealthy attitudes towards food and exercise”—like hearing Kim’s sister compliment her thinness, and her responding with joy.

“Another piece of this that’s concerning is the fact that the term ‘anorexic’ and the reference to anorexia [is used in a positive way],” says Mysko, who notes that

Around four percent of Australians will struggle with eating disorders at some point in their lives. “It’s a serious, life-threatening illness. It has the highest mortality rate of any psychiatric diagnosis, so to frame it in the context of a compliment is really quite concerning.”

Mysko says the fact that Kim mentioned a specific weight—particularly the fact that she seemed to use it as an argument that she isn’t anorexic (and may even be on the heavier side)—is also worrisome.

“If you have any tendency toward eating disorders, seeing a number of, ‘this is how much I weigh,’ it triggers an idea that, ‘Well, this is what this person has, so I’m going to try to get lower than that,’ or, ‘I’m not that sick because I’m not there.'”

Furthermore, you can’t tell if someone has an eating disorder by knowing their weight alone.

“People of all sizes struggle with eating disorders,” says Mysko. “There is a stereotypical picture of someone who’s extremely underweight, and some people get to that point. Most people who have eating disorders, you wouldn’t necessarily know by looking at them that they’re struggling. So the idea of [Kim] using a number as a justification that she doesn’t have an eating disorder—I’m certainly not implying that she has an eating disorder, but it’s a problematic claim.”

Of course, Kim isn’t the only person to use language that is potentially triggering. While she, Khloe, and Kendall’s conversation is extreme—especially because they use the term “anorexic”—problematic language is basically impossible to avoid (and sometimes you might even find yourself using this type of language without even realizing it because it’s become so normal).

“We’re so used to saying, ‘Oh, I’ve been so good this week,’ or, ‘Oh, I shouldn’t have this much sugar,'” says Mysko. “That’s actually what I found to be very encouraging about the pushback on this,” says Mysko. “People are starting to recognise that, ‘Hey, maybe this kind of talk is maybe not so healthy and maybe kind of toxic.’ … It’s all about challenging the conversations that happen that most people don’t even take note of.”

If you are worried about yourself or someone in your care, the best thing you can do is talk to someone. Please contact the Butterfly Foundation 1800 33 4673 or chat online.

Previous: 16 Exercises That Will Keep You Fit After 40
Next: Germs Gaining Resistance to Hand Gels in Hospitals
Related posts
Pet Care News