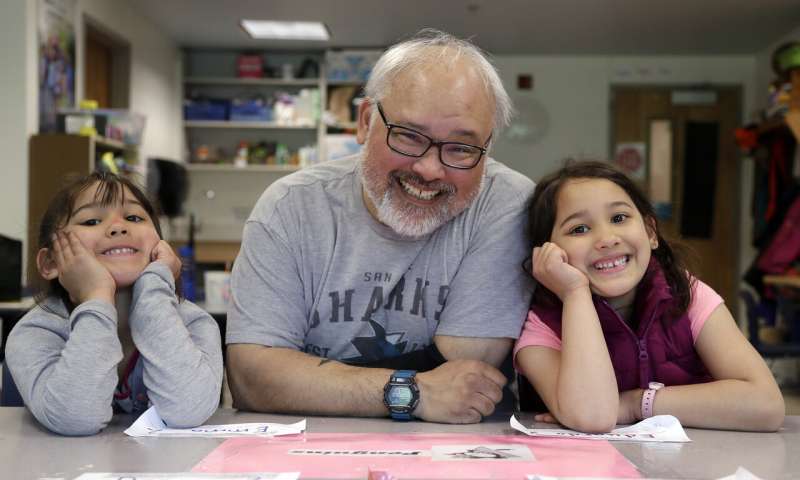 Sarah Day is a school nurse with “street cred” when it comes to the polarizing issue of vaccines on an idyllic island in Washington state known for its rural beauty, counterculture lifestyle and low immunization rates.

Since she began communal living on Vashon Island more than 20 years ago, the registered nurse has been advocating for getting kids their shots against a loud contingent of anti-vaccine parents in the close-knit community of about 11,000 that’s accessible only by ferry, a serene 20-minute ride from Seattle.

And it may now be working, thanks to a “perfect storm” of changes being felt on the island, Day said.

The Vashon Island School District has seen a significant increase in fully immunized children. The number of kindergartners who received the required set of state-mandated vaccines jumped by 31% in the past six years, from 56% to nearly 74% in the 2017-18 school year, according to the King County Public Health Department.

Amid the nation’s largest measles outbreak in 25 years, pro-vaccine advocates are cheering this apparent shift that challenges Vashon’s reputation as a hotbed of highly educated, anti-establishment parents who choose not to vaccinate their children from preventable and potentially devastating diseases. 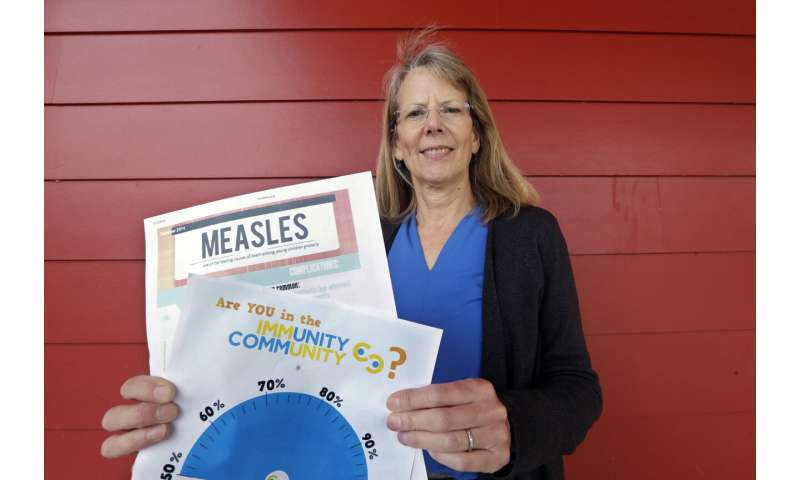 “We’ve been the poster children for the anti-vaccine or vaccine-hesitancy movement for so long,” Day said.

She attributes the rising numbers to increasingly visible pro-vaccine information, expanded access to shots and media coverage of measles outbreaks in the Pacific Northwest and New York this year

The island town with deep roots in organic farming has long drawn those who want to escape urban sprawl and others wary of putting chemicals in their bodies, whether in their food or medical care. Kids run barefoot through untamed forests and families still raise fruits and vegetables without pesticides to share over meals in communal houses.

Today, it also has its share of city commuters, tourists and million-dollar vacation homes with sweeping views of Mount Rainier, as well as locals pushing the science that vaccines are safe.

While the gains are notable, the Vashon school district still has one of the lowest vaccine rates in the U.S. It is far below the 95 percent target that a majority of schools across the country hover around and is needed for herd immunity, which protects those who haven’t been vaccinated for medical reasons or because they are too young. 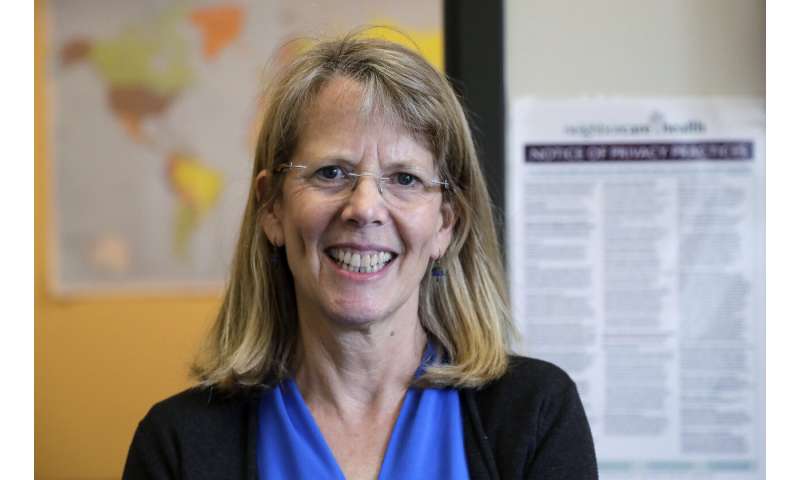 The majority of Vashon parents say yes to some vaccines, particularly the tetanus shot for their kids who play outside on the forested island. But many still buck the formal schedule of shots recommended by health officials. They may select some but not all and space them out over a longer period of time.

Nicky Wilks, who grew up on Vashon and has three young children, said the changing attitude has led some pro-vaccine parents to exclude from gatherings kids who may not have their shots, while teenagers openly mock those who aren’t vaccinated.

“That’s the worst-case scenario, when we are creating physical barriers in our community,” Wilks said.

He declined to say if his family is fully immunized but said he doesn’t agree that dozens of shots starting at birth are necessary despite health officials’ insistence.

Gator Lanphear says he’s “very judgmental” about parents who don’t vaccinate. He said he not only immunizes his twin 6-year-old daughters but instills in them the importance of getting their shots as a heroic act. 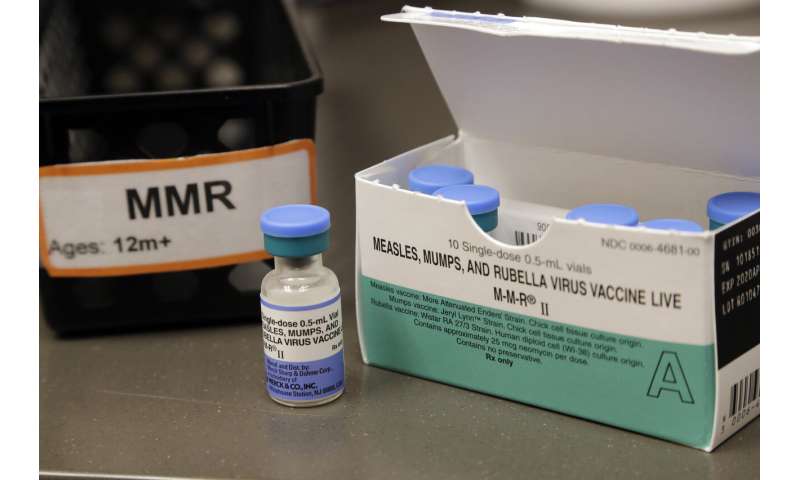 “They understand that what they did benefits humankind. Yeah, they got their ice cream for it, but they’re also eradicating polio,” Lanphear said.

The number of philosophical exemptions in Vashon has decreased dramatically, but overall, there are still 11.6 percent of students whose families elect not to vaccinate. That’s five times higher than the median rate nationally.

Still, Vashon’s progress can’t be discounted because it’s unusual for immunization to increase this steeply in a few short years when there is deep-rooted anti-vaccine sentiment in the community, said William John Moss, an epidemiology professor at Johns Hopkins University.

“That’s an important increase, but they still have a ways to go,” Moss said. “That’s a vaccination rate lower than in many countries in sub-Saharan Africa.”

Day, the school nurse, has worked closely with the new Neighborcare Health clinics, the single largest medical provider on the island. Together, they aggressively remind families when they’re due for vaccines and counsel them on their concerns, whether rooted in scientific evidence or not. 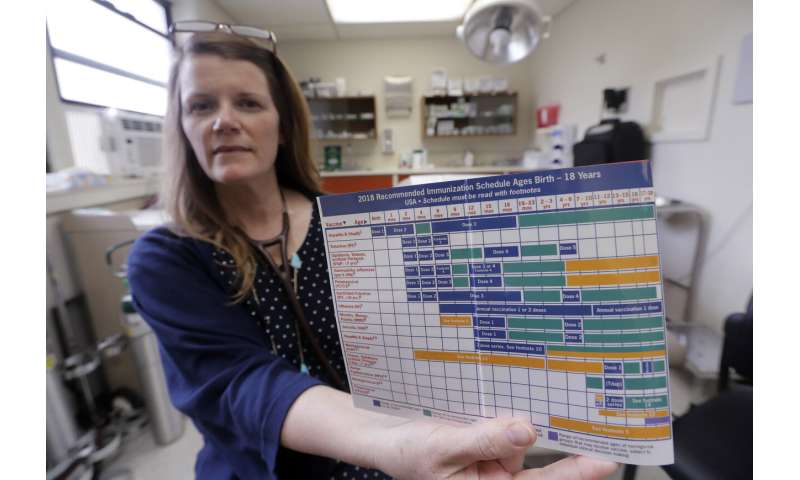 “The message is really getting through. I feel like the tide is really turning on the island,” Day said.

A two-year-old health center at the high school has been especially successful. The nonprofit clinic is funded in part by a grant from the county, which allows it to cover free shots and services for all low-income or uninsured students on the island. Today, about half of the school system’s 1,615 students are registered patients and an additional 43 children who are in private school or homeschooled also use the clinic.

Manager Stephanie Keller said the center has received a spike in calls from concerned parents as Washington state struggles to contain a measles outbreak that’s affected at least 78 people, including seven reported near Vashon. As of May 10, 839 people have contracted measles in 23 states this year, according to the Centers for Disease Control.

The outbreak prompted Washington Gov. Jay Inslee to declare a state of emergency and sign a law that eliminates personal or philosophical exemptions for the measles, mumps and rubella vaccine that’s needed before attending a day care center or school. Parents, however, can still claim a medical or religious exemption.

Some critics say the Vashon school system’s data isn’t representative of the population because the island is home to many families who live off the grid. Vaccine advocates argue it’s an important benchmark because numbers from a previous islandwide survey did align with public school data. 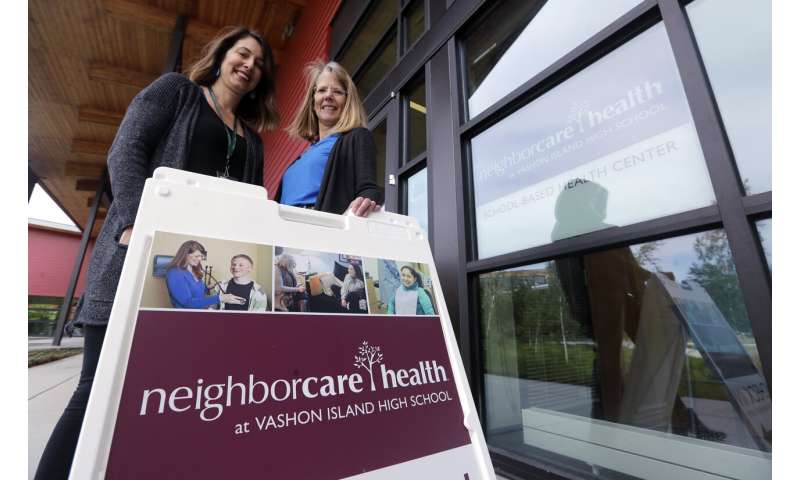 And there are other signs, too. The top service provided at the student-based health center is vaccinations, Keller said. 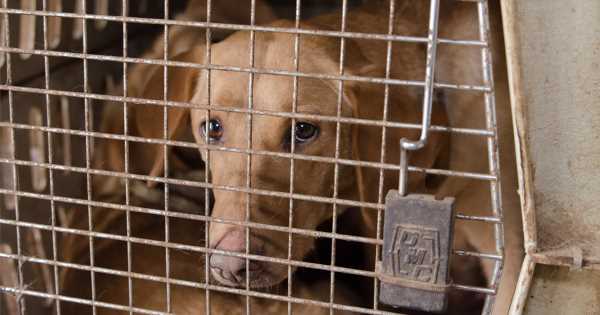 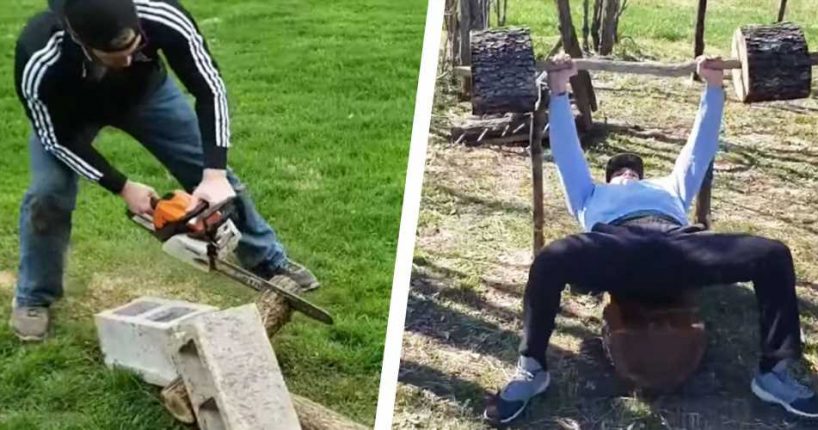 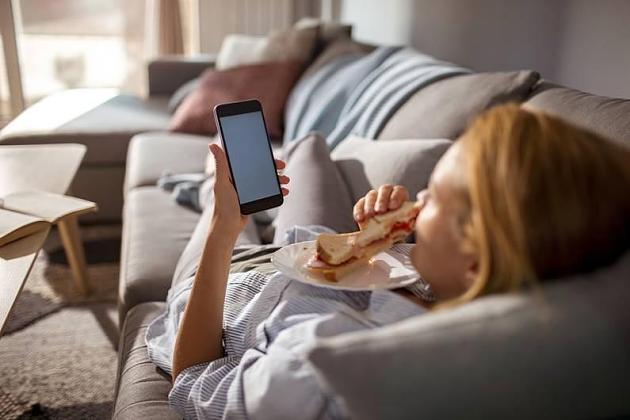