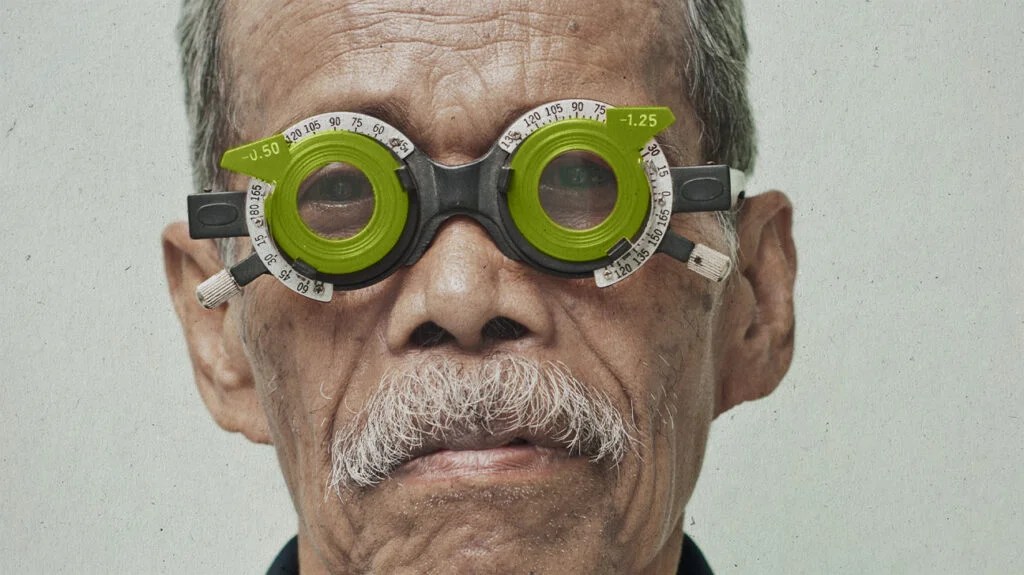 It is common for older people with dementia to also experience a deterioration in vision. A new study from the Medical Informatics Center at Peking University in China suggests it may also work the other way around.

The researchers have documented a strong association between older people who have vision issues and those who eventually develop dementia or cognitive impairment.

“This study is among the first to evaluate the association between sight problems and cognitive outcomes in older adults through a comprehensive examination of all available population-based studies in English. Our findings add to the growing evidence that fading eyesight is a risk factor for developing dementia.”

However, the link between vision loss and dementia is unclear.

“Diagnosing and treating eye conditions may be beneficial — both to improve a person’s quality of life and also to potentially slow down or stop memory loss.”
— BeiBei Xu, lead author

Dr. Nathaniel Chin, from the Division of Geriatrics and Gerontology in the Department of Medicine at the University of Wisconsin, who was not involved in the study, told Medical News Today:

“This is a strong study. [It] did a nice job in the methods employed for their systematic review and in their statistical approach to the large data set they collected. While they acknowledge the field has individual studies showing mixed and conflicting results, their overall assessment seems convincing that there is an association between visual impairment and cognitive decline.”

Dr. Thomas J. Littlejohns, senior epidemiologist with Oxford Population Health in the U.K. and who was also not involved in the study, found the study valuable as well, telling MNT:

“This study helps clarify the existing evidence on the relationship between poor vision and cognitive problems.”

“It is important to note,” added Dr. Littlejohns, “that the study did not generate new findings, but rather identified previously published studies and compiled them to produce an overall finding using a meta-analysis approach.”

The study is published in the journal Aging and Mental Health.

The researchers searched for studies regarding vision loss and dementia published before 2020. Databases included PubMed, Web of Science, Embase, and PsycINFO.

The studies’ overall conclusions were that:

No causal link yet

“All the included studies,” pointed out Dr. Littlejohns, “were observational, and many measured vision at the same time as cognition. So, it is not possible to determine whether visual impairment causes cognitive decline or whether something else is responsible, such as poor health.”

This was also a concern for Dr. Chin, who explained:

“Studies like this can show an association but cannot confirm that one causes the other, which is what matters to the general public and patients. For causation to be determined, a randomized clinical trial is needed.”

The study doesn’t attempt to pinpoint the physiological connection between vision impairment and dementia or cognitive impairment.

Dr. Chin mentioned that “in visual impairment, there are broken-down cells in the eye and optic nerve leading to decreased or poor input to the brain. This ‘degraded’ input may result in errors in perceptual processing and subsequent other cognitive functions.”

“This is similar to another cause of sensory deprivation, or the ‘use it or lose it’ theory, that having less stimulation from vision leads to brain processes breaking down that rely on that vision.”

“It could be the case that a reduced ability to see day-to-day life leads to a lower amount of cognitive stimulation, or it could lead to people becoming more socially isolated, although this is speculation.”
— Dr. Thomas J. Littlejohns

Dr. Chin noted that the apparent link could be that “people with poorer vision perform worse on cognitive testing and so have lower scores indicating decline or impairment when in truth the changes in testing are test-related from poor vision.”

“Alternatively, it might just be a spurious correlation, and further research is needed to really try and understand how visual impairment could result in cognitive decline and possibly dementia.”

A modifiable risk for dementia?

In any event, Dr. Chin, who is a practicing clinician seeing older patients, suggests that strengthening one’s vision is generally a sound strategy, particularly as one ages:

“When [my patient’s] eye specialist identifies cataracts, I start discussing cataract surgery. I mention the potential benefit of reducing risk for future cognitive impairment, as well as safer driving, and a reduced risk of falling.”

“LASIK surgery is a more complicated discussion because other nonsurgical treatments may provide equal benefit but without the surgical complication risk or cost,” Dr. Chin said, adding “If LASIK surgery were the only option to improve visual acuity, it is a reasonable discussion and consideration.”