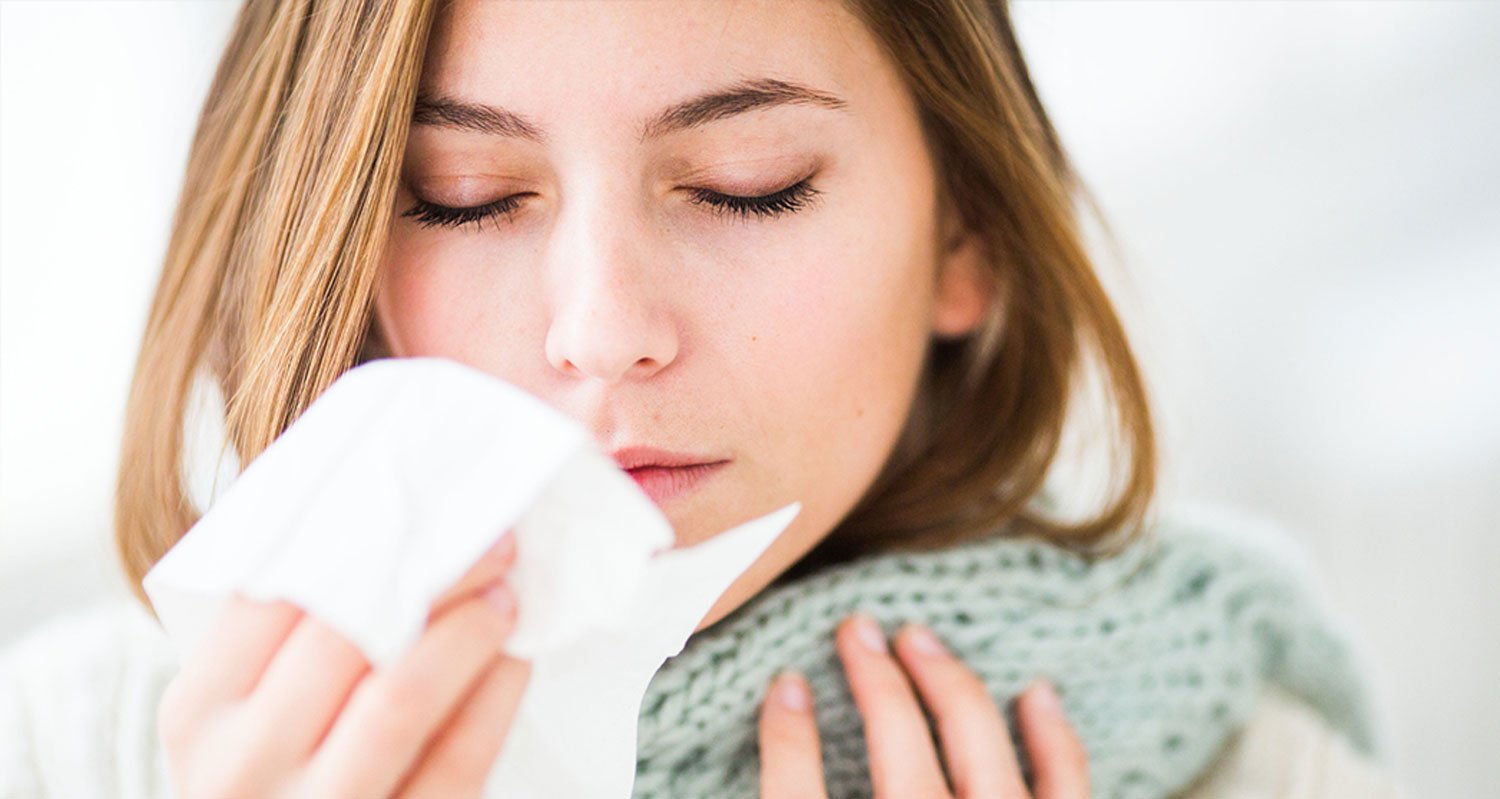 You feel a sneeze coming on, but you don’t want to spray snot all over the lucky commuters seated next to you on the subway. So, what to do? Try to muffle it, perhaps? Maybe not the best idea, as evidenced by a case report in BMJ Case Reports.

We’ve already warned you that holding in a sneeze is definitely not recommended, but maybe you need to hear the story of a real 34-year-old guy who tried it—with disastrous results.

Here’s what happened: The guy didn’t want to sneeze all over the place, so when he felt a forceful one coming on, he tried to snuffle it, by pinching his nose shut with his fingers and holding his mouth closed.

Well, he muffled it all right: Immediately afterwards, he heard a popping sensation in his neck, followed by immense pain, throat swelling, and difficulty swallowing. When he realized he lost his voice, he headed to the emergency room.

There, the doctors examined him, and heard popping and crackling sounds in his neck and down his ribcage. The diagnosis: a “spontaneous pharyngeal rupture leading to cervical subcutaneous emphysema and pneumomediastinum.”

In layman’s terms, holding in the sneeze created a perforation, or a small hole, in his pharynx, or throat, that caused air to make its way into the tissues and muscles of his chest. That’s thanks to pressure overload, as we reported in the past—suppressing a sneeze by trying to hold it in can lead to an increase in pressure that’s up to 24 times that of a normal sneeze.

“In this particular case, the weakest portion of the airway happened to be in the back of the throat, where the lining of the throat perforated/ripped/ruptured, relieving the built-up air pressure in the airway,” says Ahmad R. Sedaghat, M.D., Ph.D., assistant professor of otolaryngology at the Harvard Medical School.

Air outside the lungs can be a big problem, he says, since it puts extra pressure on the organs in your chest.

But that’s not all. The most dangerous aspect of air in the neck or chest is infection.

“When air from the outside world is introduced into the neck or chest, it introduces a lot of bacteria with it. Infections in the neck, and in particular in the chest/mediastinum, can be rapidly fatal,” says Dr. Sedaghat.

In this man’s case, he was given antibiotics to ward off infection, and was fed through a tube for a week before he was released from the hospital. At a follow-up two months later, he appeared to be fully healed.

But, his case provides a real-life example of why you shouldn’t muffle a sneeze. While extremely rare, holding in a sneeze can have serious (or deadly) consequences. Along with the perforated throat and trapped air in the chest this guy suffered, it may even lead to a rupture of an aneurysm in the brain, the study authors write.

But should you honestly be worried about this happening to you?

“In susceptible people—those with weak eardrums, thinner than typical separation between the nose/sinuses and the orbit or brain, or in the above patient’s case a weak spot somewhere in the upper aerodigestive tract—the force of the air can break through and cause damage that could be dangerous,” says Dale Amanda Tylor, M.D., M.P.H., otolaryngologist at ENT Associates of Santa Barbara.

If you’re not aware of any of these susceptibilities, holding in your sneeze still can cause some pretty uncomfortable consequences: The pressure overload could cause your eardrum to rupture or pop a blood vessel in your eye or nose.

So simply put, don’t try to stop your sneeze from happening. But if you want to try and muffle it, make sure you’re not plugging your nose and your mouth at the same time, says Dr. Tylor.

“You can put your finger on the nose to try to suppress it, but if it comes, keep the mouth open so it comes out as a cough,” she says.

This article originally appeared on Men’s Health US.

Previous: 'I Thought I Would Have Cystic Acne Forever—Then I Did This'
Next: AI and radar technologies could help diabetics manage their disease
Related posts
Pet Care News