Home » Health News » 'They are grinding us into the ground' 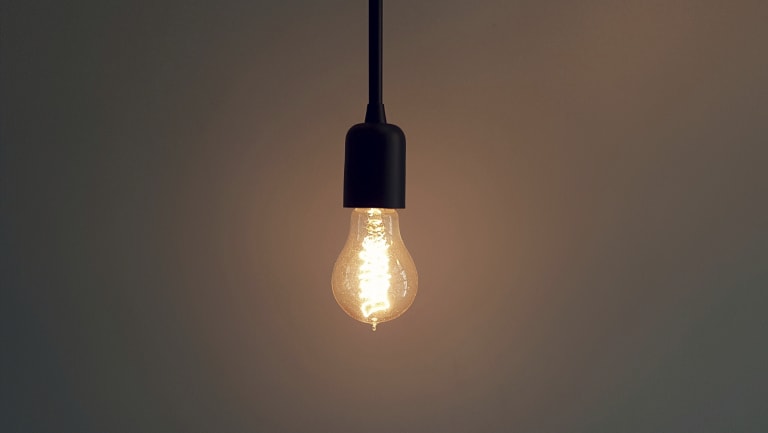 Australia’s energy companies are grinding us into the ground.

Despite not running a bitcoin enterprise or operating a miniature power plant, I was hit with an electricity bill that was a staggering $1,500 last year. That same year, three of Australia's leading energy companies—AGL, Origin, and EnergyAustralia—announced an increase of up to 20 per cent for average consumers in some states. That works out to be around $600 a year.

I know my electricity bill seems shocking, but the reality is that the cost of electricity in Australia is a distressing issue, and it hits low-income households the hardest. While proponents of sustainable energy are right to advocate sources that lessen environmental burdens and cut costs, not everyone has access to solar panels, especially if you're a tenant inside Australia’s congested and high-priced rental market.

According to a report from The Australian Competition and Consumer Commission (ACCC) the impact of burgeoning energy costs means many Australians have to make difficult financial decisions like cutting back on essential expenditures, including food and healthcare services, in order to pay their electricity bills.

The ACC has found that over the last 10 years retail electricity prices have risen to levels that are putting consumers “under unacceptable pressure”. Not only are low-income households finding it harder to manage the exploitative price increases, the report found that they are often “limited in what they can do to reduce their energy costs.”

There is also the issue of getting your energy provider on the phone in order to have them explain why you're paying an extortionate amount of money.

It should come as no surprise then, that Australians trust their banks more than they do their power companies. If things stay the same it seems more likely that many of us will be holed up in a 40 square foot granny flat at $480 a week with a heater from Aldi for the winter months and a plastic fan from a Target discount bin for the summer months, paying $600 a month for electricity.

In an article for the academic journal Applied Energy, authors Nicola Willand and Ralph Horne argue that two-thirds of Australian households are forced to cope with cold exposure that has been deemed too cold by public health standards. The financial and medical consequences forced upon Australian households has induced a tremendous amount of hostility toward companies that are profiting immensely off of what is a fundamental right: access to electricity.

One respondent expressed understandable aggression towards energy providers and said he was considering solar power just so that could “stick it up to them”, arguing that “the utility companies, they are grinding us into the ground”. This is an apt description of what's happening: they are very much grinding us all into the earth, and burying us 6 feet under pages and pages of bills.

On one hand we have energy corporations bemoaning the slandering of their precious coal, and on the other we have justified green energy advocates who are pushing renewables—but without equal access to these sustainable energy resources, electricity prices will continue to rise, households will be forced to suffer both financially and health-wise, and the systemic issues will remain.

Power companies are quick to bleed their customers dry while peddling incentives like discounted movie tickets, travel, accommodation, and gift cards. How generous of them to offer us commoners entertainment coupons while their CEOs make a meagre $6 million or so. AGL boss Andy Vessey would finally make $7 million if it weren't for these superfluous rewards programs, so be mindful while you're shivering at night, and just go on and enjoy that $20 tub of popcorn.

Improving living standards means making sure sustainable energy is within reach of every household instead of an energy system only available to the economically advantaged. After all, I’d love to stick it to my energy company, as would many Australians, but this requires that the power be in the hands of the people, and that means all of us.