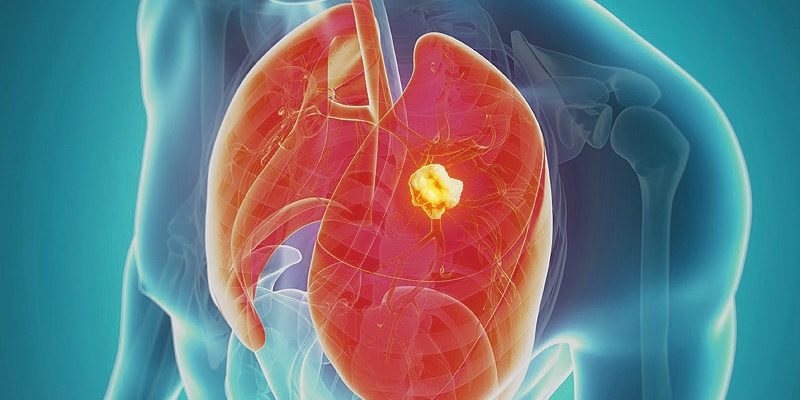 Results from a secondary analysis show a significant improvement in both progression-free survival (PFS) and overall survival, and emphasize the importance of achieving a pathological complete response (pCR).

The new data were presented on Aug. 8 at the World Conference on Lung Cancer, held in Vienna, Austria, and also virtually online.

The trial was conducted in 90 patients with locally advanced stage IIIA/IIIB NSCLC. All patients received neoadjuvant platinum-based chemotherapy, and some were randomized to also received neoadjuavnt nivolumab. Patients then underwent surgery and received 6 months of adjuvant nivolumab.

Patients who received the neoadjuvant combination were almost eight times more likely to achieve a pCR than those given chemotherapy alone. They also showed a 52% improvement in PFS and a 60% improvement in overall survival.

Crucially, all patients who achieved a pCR, regardless of treatment arm, remained progression-free and alive during 26 months of follow-up.

He noted that around 20% of NSCLC patients are diagnosed with stage IIIA, and that this is a “complex scenario which requires teamwork, and the prognosis is poor.”

This is the “first clinical trial with a neoadjuvant immunotherapy-based combination … to show improved overall survival” in this patient population, he emphasized.

The results are “impressive,” commented Corinne Faivre-Finn, MD, PhD, professor of Thoracic Radiation Oncology at the University of Manchester, Manchester, United Kingdom. They also validate those from the CheckMate 816 trial, which looked at adding neoadjuvant nivolumab plus ipilimumab or neoadjuant nivolumab added to chemotherapy. Together, the results from these two trials show integrating chemo-immunotherapy into the surgical setting increases the pCR rate five- to tenfold.

However, there are many questions still remaining, she said. One is about the inclusion criteria of “potentially resectable,” others are about the treatment used. Could the same effect be achieved with neoadjuvant immunotherapy alone, without the chemotherapy?

Faivre-Finn also noted that overall survival was not the primary endpoint of the NADIM II trial, and said that more data are awaited to examine the impact of immunotherapy on long-term survival.

Also invited to comment on the study, Masahiro Tsuboi, MD, PhD, chair and director of Thoracic Surgery and Oncology, National Cancer Center Hospital East, Kashiwa, Japan, picked up on the issue of how to define “potentially resectable.”

Definitions have varied widely in recent studies, but in the end, it boils down to “surgeon experience and skill,” as well as discussions among the multidisciplinary team, he commented.

However, he commented that the patient population was “highly positively selected,” with around 25% having stages T1N2 and T3N1 disease.

This group represents fewer than 5% of the patients that “we see in stage III in our region of Germany,” Eberhardt added.

She added that, despite the small number of patients in the trial, this is the “best evidence available” in stage IIIA/IIIB NSCLC.

Details of the Latest Results

Earlier results from the open-label phase II, randomized NADIM II trial presented at the 2022 annual meeting of the American Society of Clinical Oncology had shown that, compared with neoadjuvant chemotherapy alone, the addition of neoadjuvant nivolumab  significantly increased the pCR rate, at a relative risk of 5.25 (P = .0071), as well as the major pathological response and overall response rates.

At this meeting, Mariano Provencio-Pulla presented results for the secondary endpoints of PFS and overall survival from NADIM II.

Patients were randomized 2:1 to nivolumab plus three cycles of chemotherapy with paclitaxel and carboplatin, or chemotherapy alone, followed by surgery and either 6 months of adjuvant nivolumab or observation.

Overall, 57 patients randomized to nivolumab plus chemotherapy and 29 assigned to chemotherapy alone started treatment. Lobectomy was performed in 78% of patients across the two groups.

The median age of the participants was 62-63 years, and between 37% and 45% were female. The majority were current smokers, and all had an ECOG performance status of 0-1. In around 80% of patients, the tumor histology was either adenocarcinoma or squamous cell.

N2 disease was identified in 72% of patients who received neoadjuvant nivolumab plus chemotherapy vs 55% of those given chemotherapy alone.

Downstaging following neoadjuvant chemotherapy was also significantly more common with nivolumab plus chemotherapy, at 69.8% vs 40.0% with chemotherapy alone, or an odds ratio of 3.47 (P = .04).

At 24 months, 66.6% of patients treated with nivolumab plus chemotherapy had not progressed vs 42.3% in the chemotherapy alone arm.

Stratifying the results by pCR status, Provencio-Pulla showed that 100% of patients who achieved a pCR remained progression-free, regardless of whether they were in the combination or chemotherapy alone arms.

The study was sponsored by the Spanish Lung Cancer Group. It was supported by Bristol Myers Squibb and received funding from Instituto de Salud Carlos III, and the European Union’s Horizon 2020 research and innovation program.