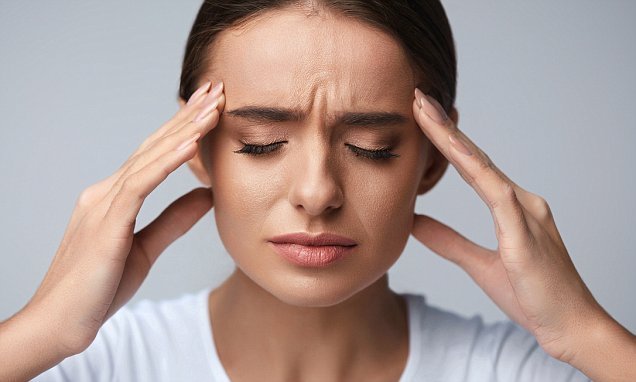 Revealed: 5 ways to manage your migraines – including technology from NASA that helps discover why you get them

Migraines are the third most common disorder in the world, but treating them and understanding your triggers can be notoriously difficult.

Research has shown that 3,000 headaches occur every day for each million of the general population, and more than 10 per cent of the population in the US are affected by them.

And data by Novartis, released earlier this month, suggests that migraines could be costing the UK economy around £3.3 billion each year.

Thankfully, there are things you can do at home to help keep them at bay, like stretching, staying hydrated and taking magnesium supplements.

In an article for Healthista, osteopath Oliver Eaton shares the different sorts of headaches and the things you can do to help get better. 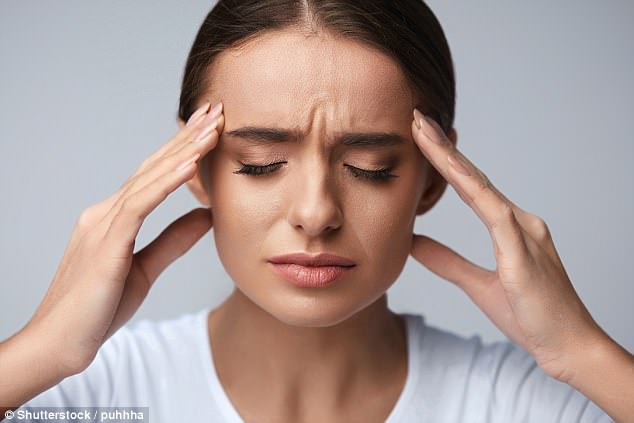 Headaches and migraines are the third most common ailment, affecting 15 per cent of people

The most common type of headache is tension headaches. A sufferer would experience a constant ache and pressure round the head.

This can be prominent at the temples or at the back of the head. They are not as severe as migraines and they rarely cause any nausea. They don’t normally stop people from performing daily activities.

They are usually caused by either muscle contractions or chronic tension in the head and neck region.

Many different things can cause these muscles contractions including poor posture, foods, starring at a computer screen for too long or prolonged driving.

These type of headaches have shown to affect more men than women. They have more of a pattern and typically occur in groups or cycles.

The frustrating thing about cluster headaches is that they can appear suddenly, often causing severe debilitating pain on one side of the head. Some people also experience watery eyes, nasal congestion and feeling restless.

Researchers have found a strong link between levels of the hormones melatonin and cortisol and cluster headaches. Melatonin is a hormone produced by the pineal gland at night to help us drop into a deep sleep at night. Cortisol is one of the hormones produced when we are stressed.

Migraines are less common than tension headaches. Sufferers usually describe a severe, throbbing pain at the front or side of the head.

Other symptoms are often associated with migraines such as nausea, sensitivity to light and ‘stars in your eyes’.

Due to the severity of migraines, they can often stop you performing daily activities. They can last between a couple of hours to several days.

Many things have the ability to trigger a migraine. Some of the most common include: 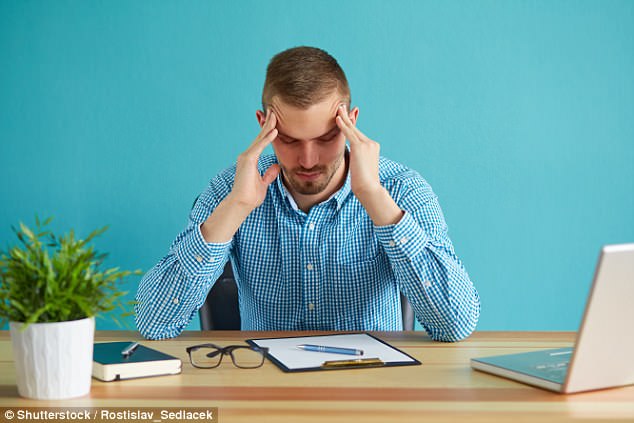 How to treat headaches and migraines

It’s important to identify which type of headache you are suffering from before you treat it. Mild tension headaches can usually be treated with some common types of over-the-counter painkillers or anti-inflammatories.

The long-term use of these medications can also have a negative effect on the liver.

WHAT HELPS TO PREVENT MIGRAINES?

A preference for variation over routine prevents crippling headaches among depression sufferers, a study found.

Yet, neuroticism – a personality trait associated with nervousness and irritability – increases migraine’s risk, the research adds.

‘Our study results could help to provide a better understanding of the biopsychosocial background of migraine, and help to find novel strategies in the prevention of and interventions for [migraine].’

The researchers analysed the relationship between personality traits, depression and migraines in more than 3,000 sufferers of the mental-health condition.

Depression is associated with an increased risk of migraines.

The participants were ranked according to their openness, conscientiousness, extraversion, agreeableness and neuroticism.

As a result of the side-effects to these medications, many people look for alternative ways to reduce the severity and frequency of headaches.

A new revolutionary diagnostic bioresonance test originally developed by the health department of NASA has now been proven to be one of the more effective alternative options for headaches and migraines, as it identifies and addresses many of their root causes to not only help reduce their frequency but to also prevent them coming back.

The Asyra testing machine does this by measuring and monitoring electrical wavelengths emitted from your skin, the information collected is automatically sent back to a computer in a matter of minutes ready to analyse.

The analysis will help to give an accurate picture of what it is that may be stressing out the body to the point a headache or migraine occurs.

The Asyra machine runs through a series of the following tests:

Not only can the test help identify the root cause of an individuals headaches or migraines but it will use the data collected to suggest the most appropriate natural treatments to help eliminate those causes.

The test has been shown in studies to be 97% as effective as private blood tests but at a fraction of the cost. For example, a hormone panel blood test alone can cost several hundred pounds.

The Asyra tests imbalances of not only hormones but of over 57 additional elements within the body. The natural treatments it suggests will be a combination of nutritional supplements and physical therapy advice.

Many people suffering from headaches often show on the Asyra test to have low magnesium levels.

It’s a natural muscle relaxant so can be effective for tension type headaches. Try a high quality magnesium supplement such as Mag365 Magnesium Powder £24.95 from Healthista Shop. 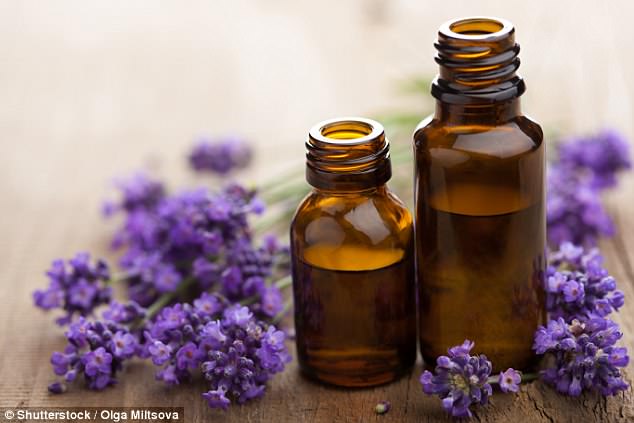 Lavender has calming and numbing properties: it’s used as a mood regulator and sedative

Numb it with oil

Lavender and peppermint oils both have calming and numbing properties.

Peppermint oil cools the skin and studies have shown in to stimulate skin blood flow of the forehead. It also has the ability to ease muscle contractions.

Lavender oil is commonly used as a mood regulator and sedative. Much research has now shown it to be an effective treatment of migraines. Try Absolute Aromas Organic Essential Oil £6.50 from Healthista Shop

One study conducted in 2012 measured the results of inhaling lavender oil for 15 minutes. The 47 participants were asked to record the effects every half hour, for two hours. Out of 129 headache attacks, 92 responded to the lavender oil remedy. Try Tisserand’s Lavender Essential Ol Roller Ball for temples and back of neck £5.99 from Healthista Shop.

The best way to use these oils is to place a few drops of peppermint or lavender into your hands and massage the blend into your forehead, temples and back of neck.

If the smell is too strong for you or the peppermint is to cold on the skin then you can dilute them with oils such as grapeseed oil, almond oil or coconut oil.

Stretch your neck and shoulders once an hour

Many tension type headaches can be directly linked to prolonged sitting at a desk or poor posture. Also now with the use of smart phones and tablets, the typical hunched over position can put an extra 10-15 kilograms of pressure on your neck!

A simple way to counteract the effects of these 21st century postures is to regularly stretch your neck and shoulders. Stretching your chest out between a doorway 30 seconds at a time several times a day can be very effective.

Dehydration can contribute to all type of headaches. Drinks such as coffee, sugary drinks and alcohol all have the ability to dehydrate us.

Generally most people in the UK don’t drink enough water, especially in the winter months. Water is free and has so many more benefits than just helping to reduce headaches. It can also energize us and keep us feeling full.

Alongside drinking more glasses of water, the high water content of fruits and vegetables can be another great way of hydrating ourselves.

It is important to note that these natural solutions don’t work for everyone, simply because every headache and migraine is caused by something different.

This is why the Asyra Bioresonance test can be worthwhile having to gain an accurate picture of what might be causing your own headaches or migraines.

The more angles you target the causative factors the better chance an individual has of not only reducing the headaches but preventing them from ever returning!

This article originally appeared and is republished here with the permission of Healthista.