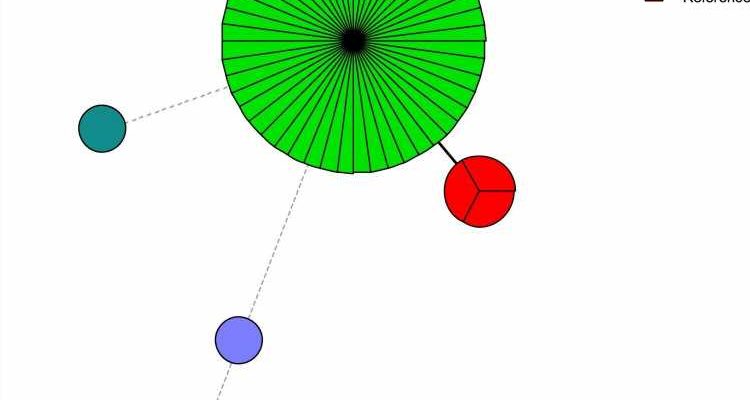 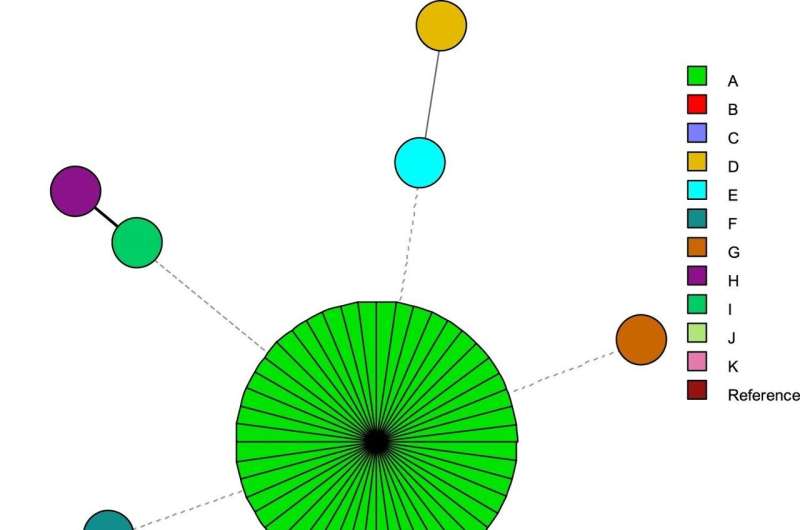 In Brazil, a group of researchers has reported the largest outbreak to date of COVID-associated candidemia caused by the same drug-resistant strain of Candida parapsilosis, a fungus that invades the bloodstream and can lead to death. The outbreak occurred in 2020-21 in an intensive care unit (ICU) at a tertiary referral hospital in Salvador, Bahia state, during one of the peaks of the COVID-19 pandemic.

In an article published in the journal Emerging Microbes and Infections, the researchers warn of the possibility that other drug-resistant strains will emerge in future and stress the importance of practices that help avoid fungal infections in hospitals.

“We conducted a study in which we analyzed blood samples from severe COVID-19 patients at the hospital and found that 90% of those infected by this species of Candida had strains resistant to or tolerant of fluconazole and echinocandins, the two main classes of antifungals used to treat invasive candidiasis. Almost 60% of these patients died,” said Arnaldo Colombo, a professor at the Federal University of São Paulo’s Medical School (EPM-UNIFESP) and principal investigator for the study.

The researchers analyzed 60 isolates cultured from 57 patients who had developed C. parapsilosis candidemia in the hospital’s COVID-19 ICU. Genetic typing showed that 51 (85%) of the fluconazole-resistant isolates belonged to the same cluster (had the same common ancestor), whereas the susceptible isolates each represented a distinct lineage. Part of them were also echinocandin-tolerant. Echinocandins are used against fluconazole-resistant strains of Candida.

Drug resistance can be defined as the development by a microorganism of the ability to multiply even in the presence of a drug that usually kills it. When an antimicrobial reduces but does not block proliferation, the microorganism is said to be tolerant of that drug.

“Circulation of the drug-resistant strain was probably facilitated by a health worker who failed to perform proper hand cleansing and contaminated vascular catheters used to administer medications and other infusions directly into the bloodstream. That can happen when ICUs are overcrowded and staff are overworked,” said João Nóbrega de Almeida Júnior, a co-author of the study and a researcher at FM-USP’s general and teaching hospital.

The strain also probably became drug-resistant owing to indiscriminate use of antifungals in treating high-risk patients with long hospital stays. The practice is common in patients with severe disease who remain unstable.

“Tests to detect microorganisms take time and in emergency situations physicians may use antibiotics and antifungals empirically, targeting the most likely agents of infection. Ideally, treatment of sepsis [generalized infection] should entail the targeting of several different microorganisms, but the practice has to be rationalized to prevent the development of resistance, toxicity and additional costs,” said Colombo, who is also a researcher and infectious disease specialist at Hospital São Paulo, UNIFESP’s teaching hospital.

In Brazil, most health centers lack the wherewithal to conduct tests of susceptibility to antifungals, hindering early recognition of drug-resistant strains. This problem facilitates the spread of fungal infections in the healthcare system.

Similarly, if an agent is not characterized before an infection is treated, the patient may be given an ineffective drug. In this context, the researchers stressed the importance of accurate diagnosis before antifungals are administered, as well as the need for comprehensive molecular testing to characterize resistant agents.

The study showed that mutations in the gene ERG11, normally considered an indicator of resistance to the class of antifungals that includes fluconazole, were present in only 35.8% of the samples. On the other hand, all resistant samples had a mutation in TAC1, which increased expression of CDR1, a gene responsible for efflux pumps, a resistance mechanism whereby resistant fungal strains acquire the ability to pump the drug out of their cells, reducing its concentration and therapeutic potential.

When this genetic mutation emerged in strains of C. parapsilosis that were originally sensitive to fluconazole, doses of the medication had to be increased eightfold in order to start inhibiting their growth. Other mutations were found in the gene FKS1, in a region where alterations of the kind are uncommon.

“They’re tolerant of the drug. Killing them requires higher doses. This means we may soon find strains that are resistant to this class of drug, which is currently prescribed for fluconazole-resistant fungi,” Almeida Júnior warned.

In light of their analysis of this outbreak, the researchers stress the importance of conducting tests for fungal drug resistance in medical centers and recommend the use of liposomal amphotericin B to combat drug-resistant Candida, although it can have adverse side effects and costs more than fluconazole or echinocandins.

“We need to establish decision-making algorithms and biomarkers so as to use antibiotics and antifungals sparingly and with the right doses and timing. That would avoid the emergence of resistant strains,” said Colombo, who is working with ANVISA, the Brazilian health surveillance authority, on protocols for treatment of fungal infections by the SUS, the national health service.

Indiscriminate use of antibiotics is also a risk factor for fungal infection, he added. They kill gut microorganisms and can make the walls of the intestines more permeable, letting into the bloodstream fungi of the genus Candida that live in the human gut but do not cause disease under normal conditions.

Systemic Candida infections occur above all in the hospital environment, where there are immunocompromised patients and invasive procedures such as hemodialysis, mechanical ventilation and intravenous drug administration can let Candida into the bloodstream.