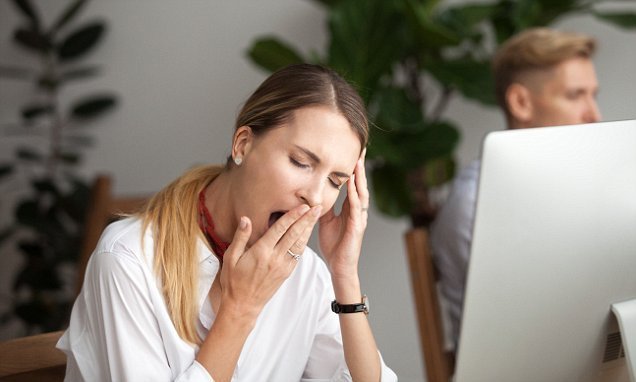 People who don’t get enough sleep have TRIPLE the risk of Alzheimer’s, study finds

The dangers of feeling drowsy during the day: People who don’t get enough sleep have TRIPLE the risk of Alzheimer’s, study finds

People who feel drowsy during the day may be three times more likely to develop Alzheimer’s than their spritely peers, new research suggests.

Tracking 123 volunteers for 16 years, researchers found that no matter what the reason – whether it’s lack of sleep, stress or something else – daytime sleepiness was associated with higher risk of the disease.

The research team at Johns Hopkins, working with the National Institute of Aging, said their findings are part of a wave of research showing sleep may be more important for our health than we realize.

‘Factors like diet, exercise and cognitive activity have been widely recognized as important potential targets for Alzheimer’s disease prevention, but sleep hasn’t quite risen to that status – although that may well be changing,’ says Adam P. Spira, PhD, associate professor in the Department of Mental Health at the Johns Hopkins Bloomberg School of Public Health. 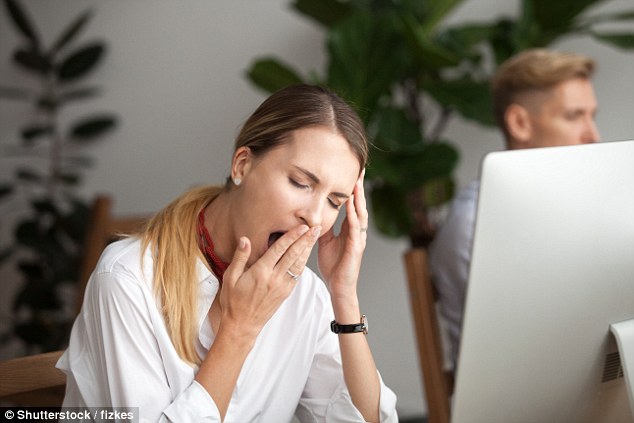 The research team at Johns Hopkins, working with the National Institute of Aging, said their findings are part of a wave of research showing sleep may be more important for our health than we realize

‘If disturbed sleep contributes to Alzheimer’s disease,’ he adds, ‘we may be able to treat patients with sleep issues to avoid these negative outcomes.’

The new study is based on a selection of people from one of the largest studies of aging in the US.

The Baltimore Longitudinal Study of Aging (BLSA) was started by the NIA in 1958, tracking thousands of volunteers, who were routinely given questionnaires to fill out.

Between 1991 and 2000, they were given exams that asked a simple yes/no question: ‘Do you often become drowsy or fall asleep during the daytime when you wish to be awake?’ They were also asked, ‘Do you nap?’ with response options of ‘daily,’ ‘1-2 times/week,’ ‘3-5 times/week,’ and ‘rarely or never.’

In 1994, a selection of them started getting neuroimaging assessments. In 2005, some of them received PET scans that can track Alzheimer’s-related plaque build-up.

From the thousands enrolled, the Johns Hopkins research team identified 123 volunteers who both answered the earlier questions and had a PET scan 16 years later.

Crunching the data, they wanted to see if there was a connection between participants who reported daytime sleepiness or napping and whether they scored positive for beta-amyloid deposition in their brains.

Their results showed that those who reported daytime sleepiness were about three times more likely to have beta-amyloid deposition than those who didn’t report daytime fatigue.

After adjusting for age, sex, education, and body-mass index, the risk was still 2.75 times higher in those with daytime sleepiness.

Spira said they are still not clear on why daytime sleepiness would be correlated with the deposition of beta-amyloid protein.

It may be that being tired while the sun is shining derails a chemical balance in the body, somehow causing this protein to form in the brain.

It’s more likely, however, that it is something to do with what happens at night; that poor quality sleep triggers the build-up of beta-amyloid plaques. The reason that’s the preferred theory is because it ties in with other research showing sleep apnea sufferers have a higher Alzheimer’s risk. But, again, it’s not clear why.

‘However, we cannot rule out that amyloid plaques that were present at the time of sleep assessment caused the sleepiness,’ he added.

It’s hardly the first time sleep and Alzheimer’s have been linked.

Alzheimer’s sufferers tend to have trouble sleeping. In fact, that one of the primary reasons families end up agreeing to put a dementia-suffering relative in a care home: they can’t handle the sleepless nights.

Studies suggest this is because the tangles of Alzheimer’s plaques in the brain impede a person’s ability to sleep.

However, few studies have looked at it from the other side, at whether poor sleep could be a cause, not merely a symptom, of the disease.

If so, Spira says, this is good news for clinicians. Many of us scrape by with sleepness nights in order to cram more things into the day. But getting better sleep is not impossible. If it’s proved be a pivotal factor that affects our neurological health, patients may finally be convinced to willingly get an early night.

‘There is no cure yet for Alzheimer’s disease, so we have to do our best to prevent it. Even if a cure is developed, prevention strategies should be emphasized,’ Spira says.

‘Prioritizing sleep may be one way to help prevent or perhaps slow this condition.’