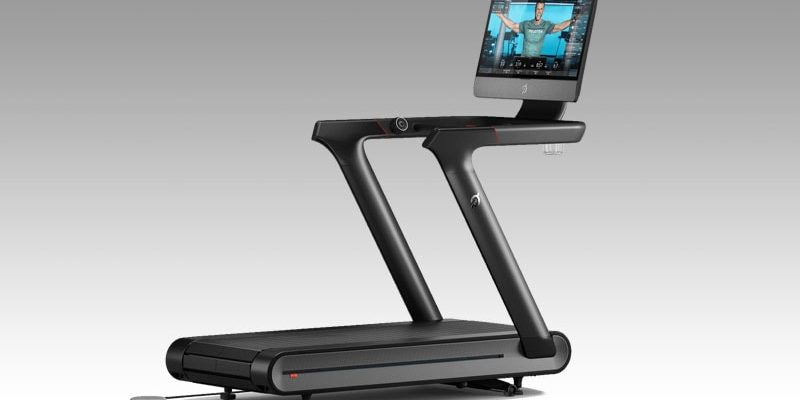 Exercise giant Peloton has agreed to recall its popular and pricey treadmill after at least one child was killed after becoming caught underneath the machine’s belt.

Peloton has also agreed to recall its limited-edition Tread, after 18 reports of the touchscreen loosening and six reports of the screen detaching and falling off. No injuries have been reported for the Tread.

The recall of the Peloton Tread+ comes after a 6-year-old child was killed and after 72 reports of adults, children or pets being injured. The company has stopped sales and distribution of the Tread+ and is working on modifications, according to the Consumer Product Safety Commission.

The commission urges anyone who has a Tread+ to stop using it and contact the company for a refund or other remedy.

“The agreement between CPSC and Peloton is the result of weeks of intense negotiation and effort, culminating in a cooperative agreement that I believe serves the best interests of Peloton and of consumers.,” Robert Adler, acting chairman of the CPSC, said in a statement.

After fighting recall efforts for months, Peloton CEO John Foley said in a statement that the recall “was the right thing to do.”

“I want to be clear, Peloton made a mistake in our initial response to the Consumer Product Safety Commission’s request that we recall the Tread+. We should have engaged more productively with them from the outset. For that, I apologize,” Foley said.

If you own a Peloton Tread+, which sold for about $4,000, you have until Nov. 6, 2022 to contact Peloton for a full refund. After that, partial refunds would be available. The company will also move the treadmill to a room in owners’ homes where children or pets can’t access the machine. The company is also developing new software to automatically lock the treadmill after each use.

Among the 72 reports of injuries are 29 cases where children ended up with second-and third-degree abrasions, broken bones or cuts, according to the commission.

If you have either Peloton treadmill, contact the company at 844-410-0141 from 9 a.m. to 7 p.m. ET, Monday through Friday, and 9 a.m. to 6:30 p.m. on weekends. You can also go online at www.onepeloton.com and click on Product Recalls at the bottom of the page for more information.

The recalls come after sometimes heated debate between the commission and Foley, the Peloton CEO.

As the reports of injuries came in, experts wondered if it’s a case of dangerous design flaws — or the need for individual users to be accountable.

The debate has been followed closely as the at-home, artificial-intelligence-assisted fitness machines get more popular — and as gyms reopen as pandemic restrictions lift.

Peloton is the undisputed star of the “connected fitness” movement. The company is most known for its high-tech exercise bike, which connects riders to classes and users around the world while developing cult-like dedication.

The Consumer Product Safety Commission said at the time it considers the product “a serious risk to children for abrasions, fractures and death,” it said in a news release.

The agency released a video of a child being trapped briefly underneath one of the machines.

At least one incident happened while a parent was running on the treadmill, the agency said. “Reports of a pet and objects being sucked beneath the Tread+ also suggest possible harm to the user if the user loses balance as a result.”

In a release after the commission’s warning, Peloton said it was “troubled” because it was “inaccurate and misleading.” Owners have no reason to stop using the Tread+ “as long as all warnings and safety instructions are followed. Children under 16 should never use the Tread+, and members should keep children, pets, and objects away from the Tread+ at all times.”

Still Peloton’s live classes began to include “additional safety messages.” They remind users to remove the safety key and store it somewhere safe from children, the company said.

Specifically, Peloton took issue with the video released by the Consumer Product Safety Commission, which showed a child underneath a treadmill. The company said that if the safety key had been used properly, that could have avoided the “kind of incident that this video depicts.”

“The Tread+ includes safety warnings and instructions in several places, including in the user manual, in a safety card left on top of the Tread+ tray on delivery, and on the product itself,” Peloton said.

The commission pressured Peloton to recall the device, which retails for about $4,300. (Peloton’s newer $2,500 model hasn’t beeen involved in the dispute.)

Foley wrote and thanked users for their own “helpful tips,” like working out while children nap, having a sitter during workouts, or using gates to keep kids and pets away.

At issue is the treadmill’s height and belt.

Before this controversy, the Peloton Tread+ (previously called the Peloton Tread) was the top-rated treadmill by Consumer Reports. The nonprofit watchdog gave its top score for user safety, noting the stop button, how quickly the belt stops when the safety key is pulled, and more.

The commission is limited by laws that make action difficult without a company’s permission, said William Wallace, manager of safety policy for Consumer Reports.

Consumer Reports says that the commission can’t order a recall without going to court.

Earlier, in a separate case, Peloton issued a voluntary recall on first-generation pedals on its exercise bikes bought between 2013 and 2016, cooperating with the commission. The pedals had a risk of failure that caused harm to about 100 Peloton owners who were then able to request replacement parts from the company.

The Consumer Product Safety Commission reported 22,500 treadmill injuries in 2019, with about 2,000 of them involving kids under 8 years of age. Between 2018 and 2020, 17 treadmill-related deaths were reported, Consumer Reports found. It recommends the following for safety.

CNN.com: “Peloton refuses to recall its Tread+ treadmill after 39 accidents. Its stock is tumbling.”