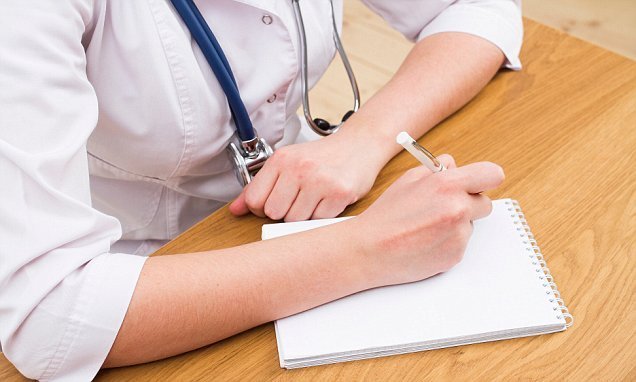 The NHS is paying double for stationery and supplies, new figures reveal.

Trusts are buying four-packs of whiteboard markers for up to £2.10 when they could be purchased on the High Street for £1.04, according to Freedom of Information disclosures.

Thirty-packs of bed pads also cost the NHS £4.42, which is 12 per cent more than the cheapest identical packs available to the public.

In total, the health service spends £55.6 billion a year on general supplies and medical equipment. The NHS is paying double for stationery and supplies, new figures reveal (stock)

JUST HOW STRETCHED IS THE NHS?

Waiting times at over-stretched A&E units are at their worst level since records began, according to official figures revealed April 2018.

Experts said the NHS was in the grip of an ‘eternal winter’ and many hospitals are still struggling to cope with the unprecedented pressure.

Health and Social Care Secretary Jeremy Hunt was forced to admit it was the ‘worst winter ever’ amid a severe outbreak of flu and cold weather.

Chiefs cancelled thousands of operations in a controversial move to ease pressure. And experts have suggested this may be the only option to stop a crisis next year.

The latest monthly data from NHS England also shows that waiting times for routine operations, such as knee and hip replacements, are at their highest since 2004.

And violent assaults on staff have risen by 10 per cent in a year – partly driven by frustration with waiting times.

Siva Anandaciva, chief analyst at The King’s Fund, an independent health think tank, told The Daily Telegraph: ‘There is no doubt that considerable variation remains in how much different parts of the NHS pay for goods and supplies.

He added, however, some NHS trusts only report the product price in their spending while others include additional costs, like delivery charges.

Many also pay double the price shoppers do for toilet tissue.

Mr Anandaciva added: ‘There has been a lack of data on what different organisations are paying and a fragmented approach to using the NHS’s collective buying power to best effect, with organisations often operating as islands rather than archipelagos.’

NHS plans to save £810 million on stationery costs

NHS trusts source most of their stationery and supplies through NHS Supply Chain, which is run by the German logistics firm DHL for NHS Business Services Authority.

Some commissioners have complained about a lack of pricing transparency and certain products being more expensive in its catalogue than on the internet or high street, despite buying in bulk.

This supplier will be replaced this year by a new system, which could save the NHS £1 billion.

According to Mr Anandaciva, this new direction should improve efficiency and productivity but is not enough to save the substantial costs the NHS spends on such supplies.

NHS Improvement argues such changes will help it save £810 million in the next two years. 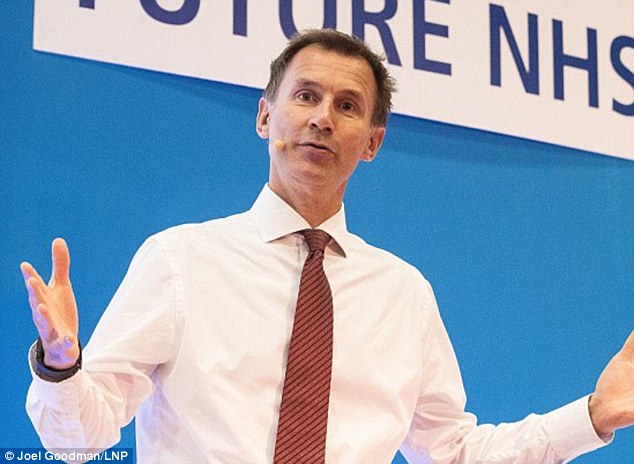 This comes after news released last March suggested a controversial Airbnb-like scheme that sees homeowners receive up to £1,000 a month to rent their rooms to hospital patients could be rolled out in Cambridgeshire.

Dubbed ‘Carebnb’ and described as ‘Airbnb for social care’, the private start-up CareRooms for those recuperating after treatment is bidding to launch a new trial in the county.

This comes after it was forced to terminate its first pilot with the NHS in Essex last November – despite receiving around 600 applications in three days – after concerns were raised about care being provided by non-professionals.

CareRooms was devised as a radical way to free up hospital space, as bed-blocking rates remain high while the NHS battles a heavy winter.

Despite facing an avalanche of criticism, CareRooms is establishing a ‘working group’ with Cambridgeshire County Council and has begun advertising for ‘host’ households in the county.

The Conservative-controlled council confirmed the group would meet for the first time imminently to discuss the ‘innovative CareRooms concept’ but adds it has not committed to the pilot yet.