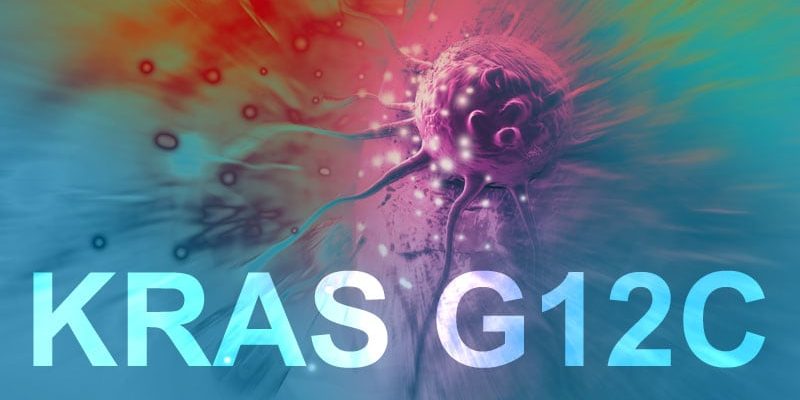 Well, that didn’t take long. Hopes for a new category of agents recently hailed as “a triumph of drug discovery” have been dimmed somewhat by new data showing many types of acquired resistance.

KRAS is one of the most frequently mutated oncogenes in human cancer and has long been thought “undruggable” — but last year novel drugs acting specifically on KRAS G12C mutation showed promise.

Early results from clinical trials with the experimental KRAS G12C inhibitors sotorasib and adagrasib were welcomed enthusiastically by cancer researchers last September. Those results suggested that the KRAS G12C mutation — found in about 13% of non-small cell lung cancer tumors (NSCLC), 1%–7% of colorectal cancer tumors (CRC), and in other solid tumors — was vulnerable to targeted therapy.

However, new data presented at the virtual annual meeting of the American Association for Cancer Research has splashed cold water on that enthusiasm. The efficacy of these new drugs looks to be threatened by the development of resistance caused by a wide range of genomic and histologic mechanisms.

Mark M. Awad, MD, PhD, from the Dana-Farber Cancer Institute in Boston, Massachusetts, reported that among 30 patients with NSCLC or CRC bearing the KRAS G12C mutation who had disease progression while being treated with adagrasib in clinical trials, investigators found multiple on-target KRAS alterations and off-target bypass mechanisms of acquired resistance to the drug.

The KRAS G12C mutation is a glycine-to-cysteine substitution that results in the oncogene being switched on in its active form.

But the mutation has been considered too-tough-to-target because of the KRAS gene’s strong binding affinity for guanosine triphosphate (GTP), an essential building block of RNA synthesis, and by a lack of accessible drug binding sites.

Sotorasib and adagrasib are small-molecule, specific and irreversible inhibitors of KRAS that interact with a “pocket” on the gene’s surface that is present only in an inactive conformation of KRAS. The drugs inhibit oncogenic signaling and tumorogenesis by preventing cycling of the oncogene into its active form.

Awad and colleagues studied biopsy samples and circulating tumor DNA (ctDNA) from 30 patients both at baseline and after administration of adagrasib monotherapy. The patients all had initial responses to the drug but then experienced disease progression.

One patient with NSCLC who had radiographic evidence of response followed by progression was found to have had a novel KRAS Y96C mutation, and 3 had novel KRAS mutations in other gene regions, with multiple concurrent alterations in genes implicated in other forms of cancer, such as PTEN, BRAF, and MAP2K1.

The investigators also identified amplifications of the KRAS G12C allele, and MET.

In two patients, NSCLC underwent histologic transformation from adenocarcinoma at baseline to squamous cell carcinoma at the time of acquired resistance to the drug. No genomic resistance mechanisms were detected in either of these patients, Awad said.

“In several cases, we see multiple mechanisms or co-occurring alterations in each individual patient, with the suggestion that perhaps the multiple mutations or resistance mechanism may be more common in the colorectal population, particularly with acquired gene fusions, than in the lung cancer population, although larger datasets will be needed to confirm this observation,” he said.

Does Duration of Response Matter?

In the Q&A session following his presentation, Awad was asked about clinical responses in the patients who developed resistance.

“In this initial reporting of resistance mechanisms we did not overlay or report out the clinical outcomes, including the durations of response or the time to disease progression, in part because this is an ongoing clinical trial, and those data will be reported in full at a later time,” Awad replied. “But I think it will be really important to identify whether patients are more likely to develop resistance earlier vs. later or have different resistance mechanisms.”

Awad commented further that the resistance to adagrasib appeared to be acquired. “These resistance mutations were not detected to the level of detection at the baseline samples. So presumably they may be present at some low levels at the time of initial diagnosis, or they emerge over the course of therapy,” he said.

“Many of the resistance mechanisms appear to be more subclonal, occurring at an allele fraction lower than the original KRAS G12C mutation, which we know is the clonal event in the entire population of the cancer, and I think when we’re seeing these multiple resistance mechanisms emerging, they are potentially each representing different subclones that can develop simultaneously,” he added.

Adagrasib trials are supported by Mirati Therapeutics. Awad disclosed consulting for Mirati and others, and institutional research support from several different companies.