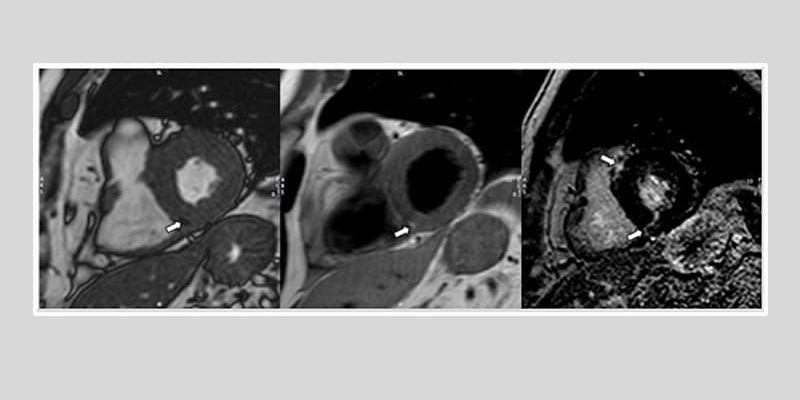 A drug with a completely novel mechanism of action – targeting myocardial fibrosis – has shown some promising results in the treatment of heart failure with preserved ejection fraction, although the results are preliminary.

Among the patients who took the antifibrotic drug pirfenidone, there was a significant reduction in a marker of myocardial fibrosis compared with those given a placebo in the phase 2 PIROUETTE trial.

The trial was presented by Chris Miller, MD, on May 17 at the virtual American College of Cardiology (ACC) 2021 Scientific Sessions.

“This study is the first to show efficacy of an antifibrotic intervention in heart failure, and the reduction in natriuretic peptide levels shown with pirfenidone provides support for myocardial fibrosis having a causal role in heart failure and being an efficacious therapeutic target,” said Miller, a cardiologist and National Institute for Health research clinician scientist at the University of Manchester and Manchester University NHS Foundation Trust, Manchester, United Kingdom.

In the study, pirfenidone reduced cardiac extracellular volume, a marker of myocardial fibrosis, in comparison with placebo.

“The magnitude of the reduction in extracellular volume that we observed in this study would be associated with a 9% to 28% reduction in the composite of annual rate of hospitalization for heart failure or all-cause mortality in recent observational studies of patients with heart failure with preserved ejection fraction, but this requires investigation in a prospective trial,” Miller commented.

He noted that heart failure with preserved ejection fraction represents the single largest unmet need in cardiovascular medicine, accounting for up to half of all cases of heart failure. It is associated with high morbidity and mortality.

“Rather than being a single condition, it has become clear that heart failure with preserved ejection fraction is a heterogeneous syndrome involving a diverse range of pathological processes,” Miller explained.

Pirfenidone, an oral antifibrotic agent used for the treatment of idiopathic pulmonary fibrosis, inhibits the synthesis and secretion of TGF-beta1, fibroblast proliferation and function, and profibrotic pathways. In preclinical models, it significantly reduces myocardial fibrosis but has no hemodynamic effect; it does not affect blood pressure, he noted.

In this study, Miller and his colleagues identified patients with heart failure with preserved ejection fraction and myocardial fibrosis. The investigators tested whether pirfenidone would lead to the regression of fibrosis and, if so, whether that regression would be associated with improvements in cardiac structure and function, fluid status, and quality of life.

For the study, the researchers assessed patients with heart failure, an ejection fraction of ≥45%, and elevated natriuretic peptide levels with cardiac MRI to identify those with myocardial fibrosis, as indicated by an extracellular volume of ≥27%.

In total, 94 patients were randomly assigned to receive either pirfenidone or placebo. At 1 year, patients underwent a second cardiac MRI to measure change in heart muscle extracellular volume, the primary endpoint.

Baseline characteristics were similar in the two groups. The mean age of the patients was 78 years, 46% were women, and almost all patients were in NYHA class II or III. The mean ejection fraction was 64%, and the median pro-BNP level was 1104 pg/mL.

The primary outcome ― change in myocardial extracellular volume at 52 weeks ― was significant, with a greater reduction in those who received pirfenidone in comparison with those who received placebo. The mean between-group difference was 1.21% (P = .009).

For each 100 additional capsules of pirfenidone taken ― which equates to 11 days of treatment ― there was a mean reduction in myocardial extracellular volume at 52 weeks of 0.06%, Miller reported.

Pirfenidone was associated with an increase in the 6-minute walk distance (between-group difference, 15.5 m), but the difference was not significant.

There were also clinically important improvements in the three quality-of-life scores in the treated group, but, again, these were not statistically significant.

Discussing the study at the ACC presentation, Biykem Bozkurt, MD, vice-chair of medicine at Baylor College of Medicine, Houston, Texas, described the trial as “thought provoking and very promising.”

The co-chair of the session, ACC President Dipti Itchhaporia, MD, chair in cardiovascular health at Hoag’s Jeffrey M. Carlton Heart and Vascular Institute, in Newport Beach, California, asked if there were any clinical parameters that indicated whether these patients had a significant amount of myocardial fibrosis and so would be suitable candidates for this agent.

Miller replied that clinical markers of myocardial fibrosis are definitely needed because it is not feasible to perform cardiac MRI on all patients.

“We didn’t specifically find any such characteristics in this study, but in previous work that we’ve done, factors such as anti-pro-BNP, diabetes, and smoking status tend to associate with extracellular volume, so we may be able to come up with some kind of risk score to predict which patients may have some myocardia fibrosis. This is something that we are actively investigating at present.”

The PIROUETTE study was sponsored by Manchester University NHS Foundation Trust and was funded by the UK National Institute for Health Research. Pirfenidone was provided by Roche, but the company had no role in the trial. Miller has received research grants from Guerbet and Roche.