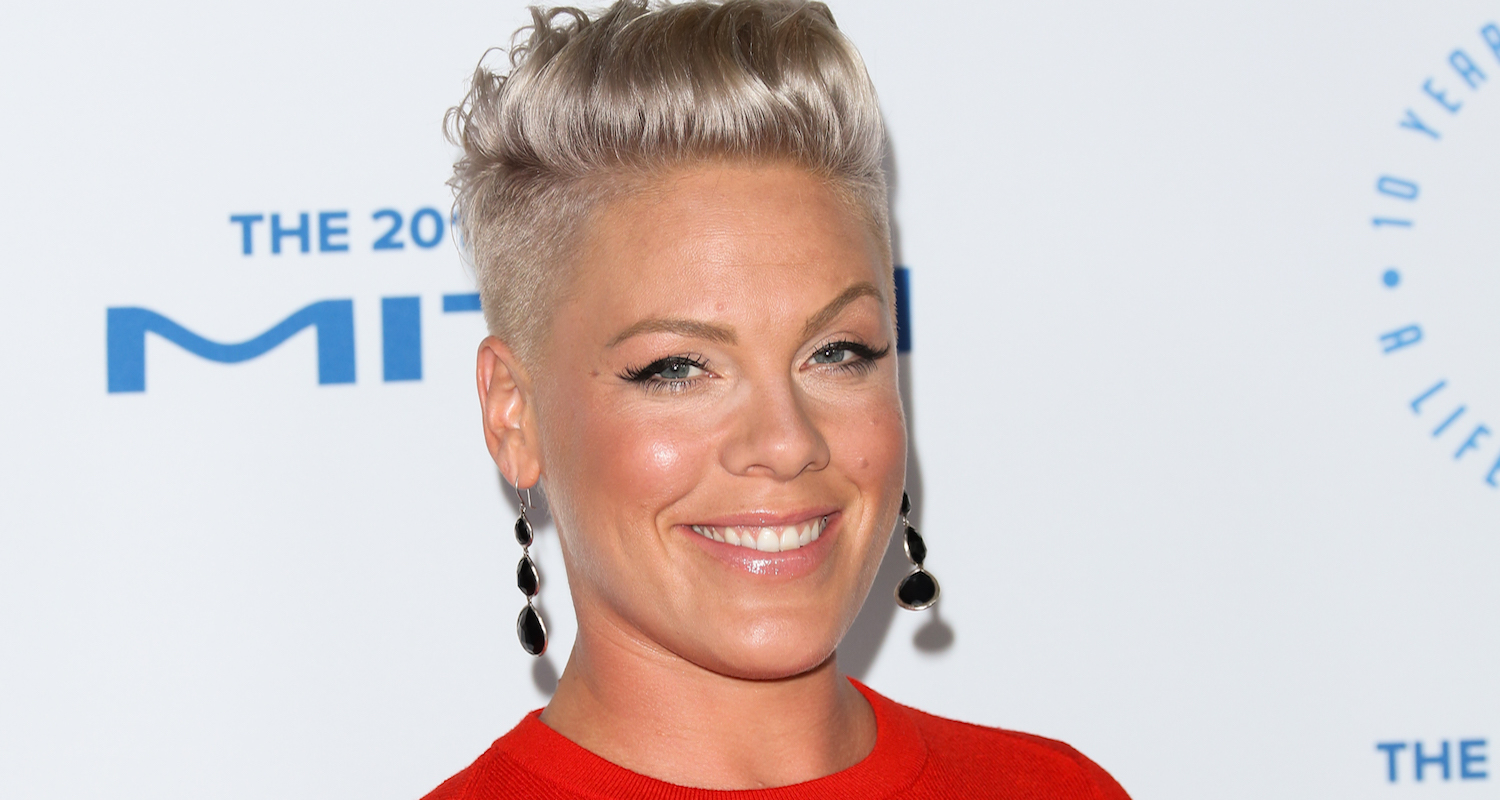 Pink may be busy touring the world, but that doesn’t keep her from her mum duties!

The superstar, who is currently touring Europe with her family, posted a real and very relatable photo on Instagram yesterday, pumping breast milk for her 7-month old son, Jameson Moon. She captioned the shot of her standing topless at a vanity, “And now this #pumpupthejames #mombreak.” (The only not-so-relatable part are her insane abs in the photo!) Needless to say, most of her followers were loving it, responding with comments like “YESSS QUEEN.”

And this isn’t the first time Pink has shared a very honest and real mummy photo. The 37-year-old has been doing her part on social media to normalise breastfeeding for some time now, like posting a photo of Jameson feeding last month while she was in the hair and makeup chair. She captioned that smiley photo, “Jameson can multitask too,” as the infant played with a makeup brush.

She also posted a photo of the then-3-month-old feeding on a hike, with the hashtag #normalizebreastfeedingyo.

And last August, the mum to daughter Willow, 6, posted a #tbt in celebration of National Breastfeeding Week:

In honor of #nationalbreastfeedingweek2016 I proudly post this photo of a very HEALTHY, NATURAL act between mother and child. Taken in Helsinki by a very supportive and proud Papa.

According to the Centres for Disease Control and Prevention, breastfeeding is up in the U.S. The percentage of babies who start out breastfeeding has increased 10 percent between 2004 and 2014, reaching 83 percent of babies. There was also a 13 percent increase in that time period of babies who, like Jameson, were still breastfeeding at six months. (Though no shame if you’re a formula mum!)

So despite some criticism for her openness—both on social media and in public—Pink continues to openly breastfeed, in an attempt to de-stigmatise the act and make it more acceptable for mums everywhere.

“I do on purpose,” Pink said in an interview with Alan Carr in 2012, reports Today. “I think breastfeeding is healthy and natural and it’s a comfort to my baby.”