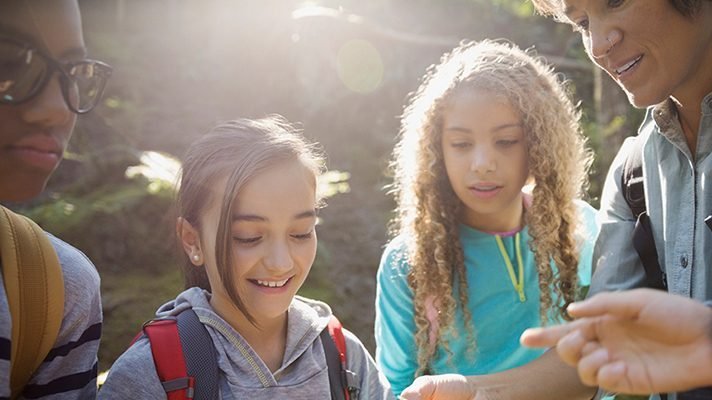 There are moments in our lives that are incredibly impactful, whether we are aware of their impact at the time they happen or in hindsight. For Jessica Kahn, senior expert in Public Sector Healthcare IT and Data at McKinsey & Company and recent recipient of HIMSS’s Most Influential Women in Health IT Award, her first professional moment of impact happened when a trembling infant, born with HIV, was placed into her arms.

As a freshman in college at University of Texas-Austin, Kahn answered an ad in the school newspaper for a volunteer position at a pediatric AIDS clinic, a position for whose sole role was to hold these young patients in need of human touch. It was at that moment, infant in her arms, that Kahn committed her life to the health of these children and other families in need across the nation.

Listen to Episode #62: The Value of Transforming Data Into Impact featuring Jessica Kahn who discusses what her leadership experiences have taught her about consensus-driven outcomes, data’s powerful impact on how patients and providers experience their healthcare.

Life-Changing Impact of Health IT

It was during her role with the Maryland AIDS administration where another impactful moment in Kahn’s life occurred, one in which this public health advocate saw the life-changing impact information and technology can have on population health.

“I was noticing that the patients we were serving were getting care at a number of different places. They would go for housing or behavioral health treatment or clinical treatment or disease management, a whole myriad of services, and I would have no data on that,” Kahn shared. “We had no way to weave together that picture of where people were going for services, how often, what was the better way to do it, where there gaps were, what was working what wasn’t working. It was incredibly frustrating.”

Kahn described this moment of frustration and its transformational resolution on a recent episode of the STEPS to Value podcast.

While in Maryland, her team adopted a tool that enabled them to better understand people’s use of their existing services and determine what services were still needed. “My foray into IT and to that level of data collection was actually because, as someone overseeing those services, I wanted that data. What makes me passionate about health IT is I knew what that pre and post felt like, of not having data and then having data at a really critical time for a really critical population.”

Kahn’s career track has gone down many paths within the public health sector, from her work with pediatric HIV/AIDS patients to the Peace Corp, where on a mission to Niger she focused on improving maternal and child health. From there, her career took her to the Louisiana Office of Public Health, to the United States Agency for International Development and then to the Maryland AIDS administration.

There’s definitely a common thread to Kahn’s work. She said her motivation for wanting to work with disadvantaged populations started right at birth. “If it were not for Medicaid, my parents would have been uninsured for my own birth and so I feel very passionate about that,” Kahn shared.

“There is something to working on something you’re passionate about,” said Kahn. “When you work on something that really matters to you, that tends to get you through and to keep you growing.”

Women in Health IT

Upcoming Webinar
Women in Blockchain: Making a Difference in Healthcare through Distributed Ledger Technology
Hear from three women who have established themselves as influential thought-leaders amongst their male colleagues working with blockchain technology. Learn more and register

Women in Health IT Roundtable
Join us in addressing the gender gap in health IT, and the need for more community, resources and recognition of women in the industry

Tags: A, Health, Impact, In, journey, life-long, Moments, of, public