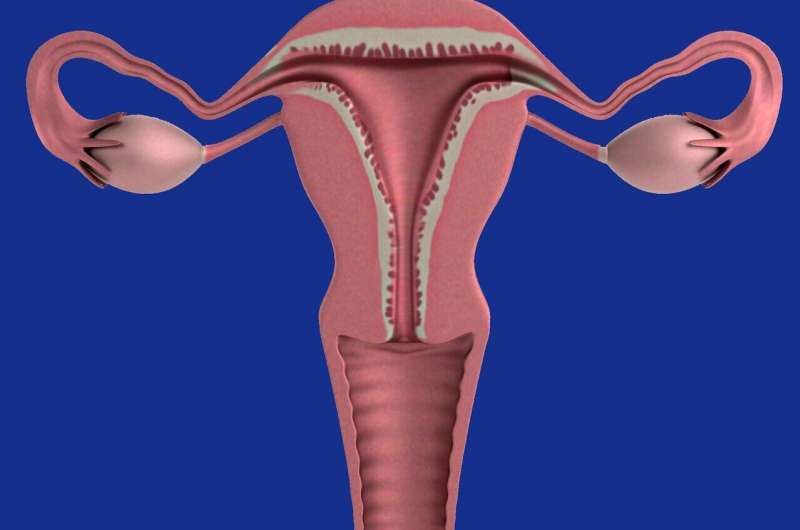 Medieval doctors saw fertility as having a cutoff point rather than slowly declining with age, ancient medical texts show.

Male and female reproductive aging were seen as similar processes that operated in parallel. Medieval medical writers knew that fertility ended—especially for women—but they saw less urgency around that decline.

Instead of seeing fertility as something that declined slowly over time, medieval texts present reproductive aging as a variable process that depended on the balance of a person’s humors, but ended suddenly, with menopause for women, or at a later and less defined “old age” for men. Their view was thus different from modern images of the “biological clock,” that see women’s fertility, in particular, as declining well before menopause.

The study, published in the Journal of Aging Studies, shows how men were thought to remain fertile longer than women, and there was more flexibility in how men’s old age was defined: 60, or 70, or 90, compared to a woman’s 45 to 50.

Professor Catherine Rider, from the University of Exeter, examined discussions of women’s and men’s reproductive aging in a series of western European medical texts written in the period 1100 to 1300. Works such as these were written as reference books for teaching medicine at university but were also read by preachers, so that they could find interesting facts and anecdotes for their sermons. They were also purchased by elite families.

The encyclopedia of Thomas of Cantimpré, a Dominican friar writing from the 1240s to the 1250s, stated that men could generate seed up to the age of 70, while women could conceive up to 50. Thomas also specified that three kinds of men could not generate: the sick, the young, and the old. He drew this information from the newly available medical and philosophical texts, and it was compatible with what medical writers were saying at the same time.

The texts analyzed include two translations by Constantine the African (d. 1099): the “Pantegni” (based on an Arabic medical encyclopedia written in the tenth century by Ali ibn al-Abbas al-Magusi) and the “Viaticum” (translated from a tenth-century work by Ibn al-Jazzar).

As early as the eleventh century, Constantine the African’s “Viaticum” put menopause at around 50, and also noted old age could impede fertility in men, with males possibly no longer fertile at 70 or older.

Constantine’s translation of the “Pantegni” established some final cutoff points for fertility for men and women, noting that these depended on the amount of heat in their complexion rather than being the same for everyone: “It is understood that a woman conceives until her periods stop, and a male up to his 60s, and often up to 70, according to the strength of natural heat in each person, and according to the heat in the testicles.”

Constantine posited, “Men who have a cold and moist complexion in their testicles do not generate much before they have reached the end of their youth (iuventutem). But afterwards they are suitable for generation, because their natural heat is strengthened, and their testicles become warmer.”

In the “Pantegni,” Constantine explained that a “bad complexion” of the womb impeded conception: too much heat burned away the seed; too much cold prevented a woman from producing much seed, and also closed up her reproductive organs so that the seed could not move around freely; too much moisture meant that the seed could not stay in the womb; and too much dryness made her seed thick and hard.

For women, the end of menstruation was generally seen as the end of fertility. The “Book of the Conditions of Women,” from the early twelfth century, was one of many texts that stressed the importance of regular menstruation for women’s fertility: “The common people call the menses ‘the flowers,’ because just as trees do not bring forth fruit without flowers, so women without their flowers are cheated of the ability to conceive.” But there was little sense that women’s fertility might decline before the final menopause.

Gilbert the Englishman, writing a medical encyclopedia in around 1250, stated that the ages before 12 and after 50 were not “natural” times for menstruation, but “the time in the middle is for conception, and periods are naturally appointed as purgations.'”

Professor Rider said, “The ‘Pantegni,’ the ‘Viaticum,’ the ‘Book of the Conditions of Women,’ and many other medical texts into the seventeenth and eighteenth centuries stressed the importance of regular menstruation for fertility and included many remedies to bring on menstruation if it had ceased, as well as to reduce excessively heavy periods.

Previous: Inside a children’s hospital: Struggling to cope with a surge of respiratory illness
Next: Experts publish overview of newest perspectives on hazardous drinking and alcohol use disorders
Pet Care News