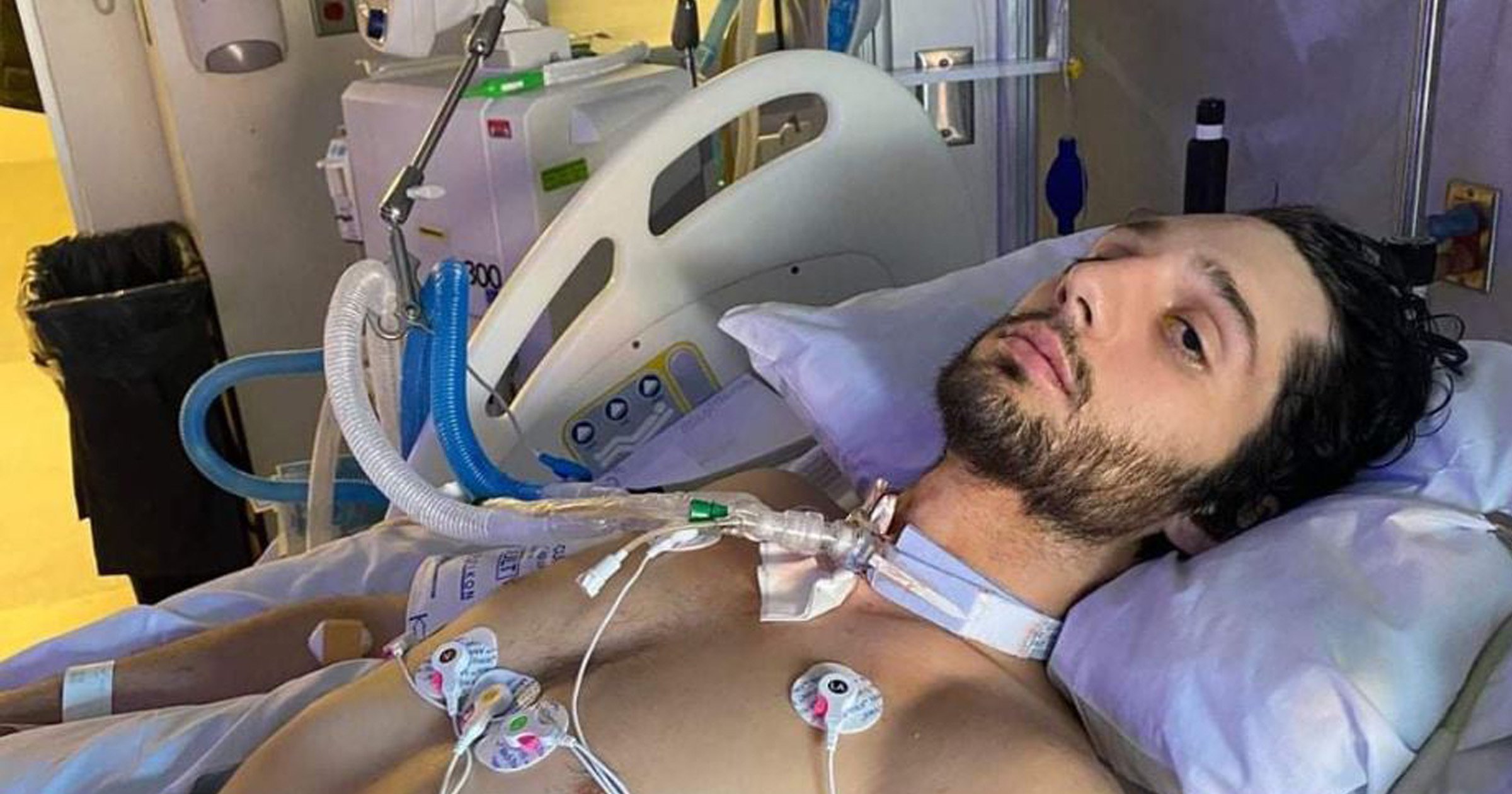 Within the space of almost a month, actor Cody Hivley, 27, went from perfectly healthy to almost completely paralysed.

After two weeks of suffering from tingles and numbness in mid-January this year, Cody, from Los Angeles, USA, became numb up to his shoulders and was admitted to hospital on February 6, 2022.

He was diagnosed with Guillain-Barre syndrome – a disorder which causes the immune system to attack the patient’s nerves – and, two weeks later, he became completely paralysed from the neck down, only able to nod his head slightly.

His symptoms were so severe he needed to be intubated (with a tube for oxygen) because he was unable to breathe or swallow properly and nurses had to talk to him using an alphabet board.

‘It was really disturbing,’ he said, ‘I was a prisoner to my own body, minutes turned into days turned into weeks turned into months. My whole body felt like it was on fire.’

But thankfully, medics were able to treat Cody with intravenous immunoglobulin (IVIG) and, within a few weeks, his condition slowly started to improve.

Now, six months on, he’s made an incredible recovery and is already back in the gym.

‘Every day the doctors said the same thing, this could stop tomorrow, or it could just keep getting worse,’ he said.

Thankfully, the attack on his nerves stopped and he was able to start his rehabilitation journey in mid-March.

Cody had to re-learn to use most of his muscles and underwent four hours of physical therapy every day, at an in-patient treatment centre.

Just over three months later, he could walk short distances with some assistance – and it made him feel ‘alive’ again.

‘It was my discipline and determination to recover that helped me get back on my feet so quickly,’ he said.

‘I’m a person who enjoys being physical and active, so I’m used to working for things like this.’

In August 2022, Cody was even back in the gym lifting weights and cycling.

‘I never thought I was going to die, one to 20 people die from what I had, but I never lost hope,’ he added.