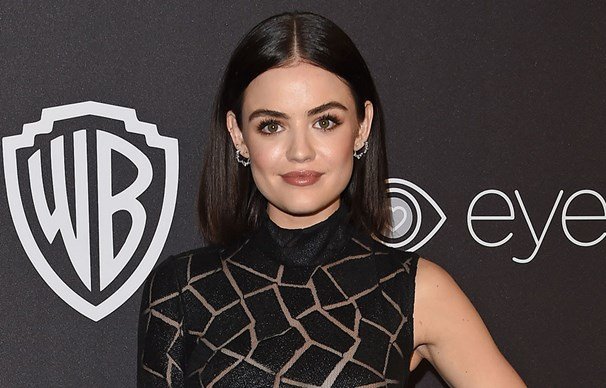 Like many of us on Sunday, Lucy Hale posted a sweet message on Instagram wishing her dad a happy Father’s Day. “You taught me to have soul. I love you daddy,” she wrote, next to a caption of an older photo of her with her father. But she followed that up by writing in the comments, “ugh I was so fat”—and that did not go over well with people.

“I know you’ve got the right to say that, but just imagine what it’s like for your fans who are a little bit bigger or struggling with their body to hear that from their idol who’s obviously never been fat,” one person wrote. “You are certainly not fat in this photo, far from it,” another said. “As a role model for many young women I would hope that you would choose your words more carefully in the future. It is a dangerous thing for you to be able to influence so many young girls with such a flippant comment.”

Many of us have probably made comments similar to Lucy’s before. But as commenters pointed out, that kind of talk can be really harmful.

Some commenters also noted that Lucy has opened up about struggling with body image in the past—she revealed in 2012 that she battled an eating disorder, according to the Huffington Post. “You were so beautiful and you’re beautiful now. We know you were sick and it’s hard,” said one commenter, most likely referencing the eating disorder.

Again, it’s pretty likely that Lucy just wasn’t thinking when she said that about herself—as many of us do when looking at pictures of ourselves. We hope that this experience will remind her to be a little kinder to herself about her body.

This article was originally published on Women’s Health.

Tags: and, Called, Fat, Fuming, Hale, Herself, Internet, Is, Lucy, the

Previous: How To Build Muscle On A Plant-Based Diet
Next: Five exercises that burn more calories than running
Related posts
Pet Care News