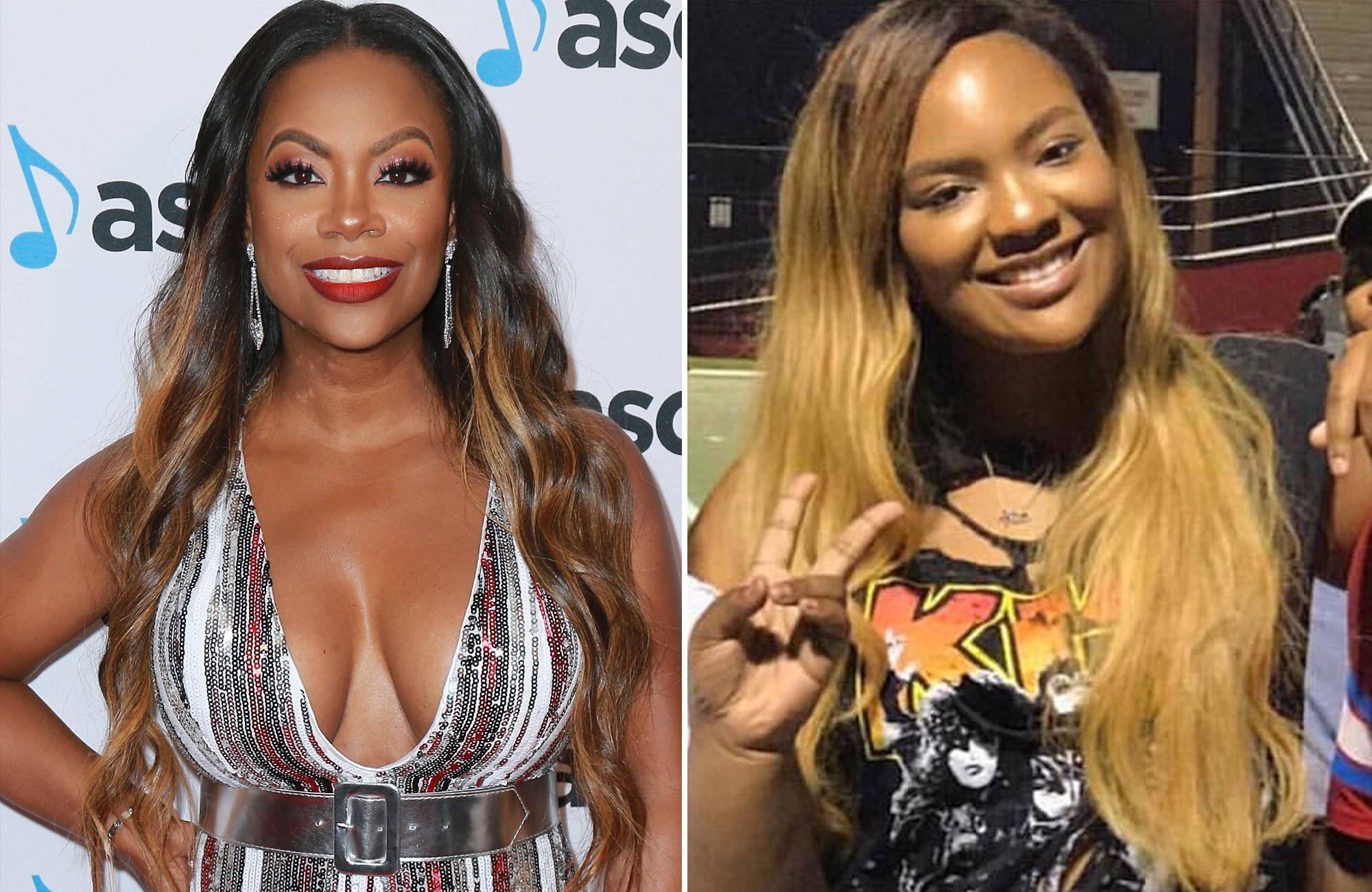 Kandi Burruss is one proud mama.

Throughout the past eight months, the Real Housewives of Atlanta star’s 15-year-old daughter,Riley Burruss, has lost 52 lbs. To congratulate her daughter on the weight loss, Kandi posted a loving tribute on Instagram Thursday to Riley, who dropped from 220 lbs. to 168 lbs.

“I’m so proud of my baby @rileyburruss! Last year (around September I think) Riley decided to get serious about being fit. With the help of her trainer @iamthekingoffitness she’s lost 52lbs!!!! & she did it the right way by working out 5 days a week & watching her calorie intake,” Kandi captioned two side-by-side before and after photos.

The reality star also gave a shout-out to Riley’s friends, “who worked out with her & helped her to stick to it. They also lost between 40-50lbs.”

Kandi, 42, revealed that Riley, 15, had been bullied from online trolls about her weight, but is now showing off her progress to encourage others in their weight loss journeys.

“Y’all just don’t understand how hard it is to grow up in front of the public eye & in front of social media trolls who make negative comments about kids weight,” said Kandi. “Luckily Riley has tough skin & doesn’t let it bother her but as her mom it used to piss me off when trolls would make negative comments about her size. Nobody knew she was over 200lbs because my daughter is tall. She’s 5’9. & to be honest she wouldn’t tell anybody how much she weighed but now she proudly shares it because she wants to motivate other people who are going thru the Weightloss struggle.”

“Riley is still working out 5 days a week. I’m so proud of her dedication. Now she doesn’t need help to stick to it because she’s got that self discipline that I don’t even have… Riley wants to help other young people get fit & help them thru the challenges she faced,” said Kandi. “Stay tuned to what my young boss has coming next! #ProudMom ❤❤❤”

Although Riley has lost more than 50 lbs. since last fall, the teen admitted that her “journey is not over.”

“I have larger goals I am trying to reach and I hope everybody follows me throughout my journey. I’ve been seeing peoples comments about them struggling with weight loss,” Riley captioned the same Instagram picture.

She added, “I know the struggle & its real. But it can be done. Roll with me and lets do it together! & i just want to thank every one for your supportive comments!”

Speaking with PEOPLE earlier this year, Kandi — she shares son Ace Wells, 2, with husband Todd Tucker — opened up about her daughter takes after her.

“Riley always does stuff that I say, ‘She’s definitely my child,’ ” Kandi said about Riley.

Specifically, “she makes the faces. When she’s talking, you know all the crazy facial expressions,” Kandi explained.

“But she’s better at shade than I am,” Kandi said. “Most of the time Riley’s really quiet when the cameras come around, so you really haven’t seen how she can be a beast,” she added with a laugh.