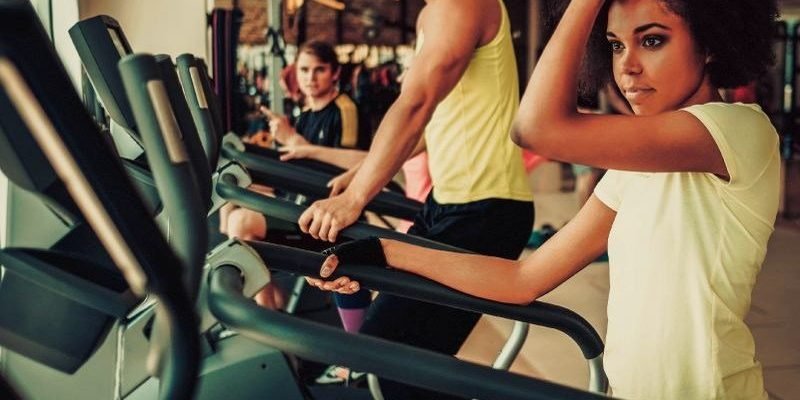 Getting people to exercise isn’t as easy as dangling money in front of them like a carrot in front of a hungry horse. It turns out it’s better to show them the money, and then threaten to take it away.

As obesity rates rise and physical activity decreases in this sedentary age of binge-watching and being glued to a computer at work, researchers are trying to figure out the best ways to get people to move their bodies. Health insurance companies already use economic incentives—often in the form of lower premiums—to encourage people and their employees to exercise and embrace wellness programs.

Yet the results about what works have been mixed, in part because there’s little research on the topic and too many incentives are based on outdated principles, said Dr. Mitesh S. Patel. He’s an assistant professor of medicine and health care management at the University of Pennsylvania and director of the Penn Medicine Nudge Unit, a first-of-its-kind unit that develops and tests “nudges” to improve health care delivery.

He said many incentives are based on the idea that people are rational and can be motivated by rewards. “But people are often irrational, often in perfectly predictable ways, so we’re testing how to motivate people based on how they really behave,” he said.

Patel and other researchers have looked at how exercise is influenced by loss-framed incentives—giving people money and then taking it away if they don’t meet a goal—as opposed to traditional gain-framed incentives.

In a 2016 Annals of Internal Medicine study, loss-framed money incentives were effective in getting obese and overweight people to take 7,000 steps a day. When faced with the possibility of losing $1.40 day, they met their goal 45 percent of the time—a 50 percent increase compared to the control group.

Findings from a separate June study in the Journal of the American Heart Association showed that the threat of losing $2 a day motivated heart disease patients who were wearing health-monitoring devices to exercise more.

Patel said the study shows that “just giving someone a wearable device often doesn’t get them to be more active. It’s important to pair technology with the right behavior-change strategy.”

Another key to exercise incentives may be rewarding people quickly instead of delaying their payoff.

“People are driven by immediate rewards,” Patel said. “When you have a dessert, you get an immediate gratification and you don’t think about 10 years down the line.”

Patel said social incentives can also motivate people to exercise through peer pressure. A classic example is the workout buddy.

“You’re more likely to go to the gym with a buddy than if you were to go alone because you feel accountable,” Patel said. “You can help the other person out if they’re having a bad day, and vice versa.”

Thanks to smartphones and inexpensive wearable fitness trackers, it’s easier than ever to monitor and reward people for exercising—and as a result, the stigma of paying people to exercise is starting to vanish, said Dr. Marc Mitchell, an incentives researcher.

“It’s potentially a big part of the answer to the question of, how do we sustain exercise on a big scale?” said Mitchell, an assistant professor of health sciences at Western University in London, Ontario, and principal advisor to the behavioral change company CARROT Insights.

The problem, Mitchell said, is that research shows physical activity eventually declines after the incentive goes away. The ultimate goal isn’t to pay people their entire lives to exercise, but to design new incentive programs that are so effective they inspire people to keep moving long after the rewards are turned off.