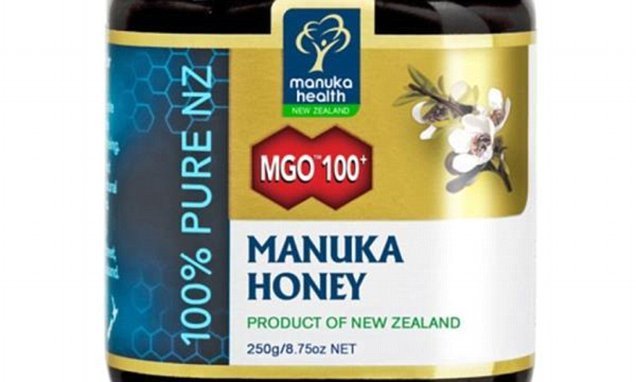 War on phony honey: Health food giant will test all manuka jars before they go on sale to curb the rising tide of cheap fakes 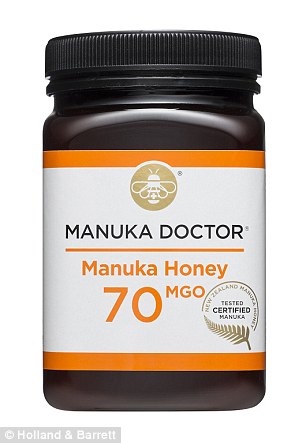 Known as ‘liquid gold’, manuka honey can cost as much as £100 a jar

Some ten thousand tons of manuka honey are sold around the world every year.

The problem is that just 1,700 tons of it are produced – which means there are a lot of shoppers being conned.

Now, to fight the deluge of fake manuka, Britain’s biggest health food retailer is to start testing jars before they go on sale. Holland & Barrett is sending samples from every batch it receives for laboratory testing to confirm they contain enough genuine manuka honey.

There are fears that unscrupulous suppliers who import the honey to Europe from New Zealand could be mixing it with cheaper honey or even glucose syrup.

Known as ‘liquid gold’, manuka honey can cost as much as £100 a jar and celebrities including Gwyneth Paltrow and Scarlett Johansson have sworn by its healing powers.

The honey, made from bees that pollinate the manuka bush in New Zealand, has antibacterial properties and contains a host of nutrients including amino acids, B vitamins and calcium. It has been shown to help wounds heal and has long been used to help sore throats, skin conditions and digestive problems.

New Zealand has brought in controls to ensure only genuine manuka honey can be exported, but experts fear some jars are being tampered with before they reach Britain.

Holland & Barrett boss Peter Aldis said: ‘If you’re buying manuka honey you want to be sure what you’re getting is the real deal. We’ve decided to adopt New Zealand government requirements in the UK to ensure our customers only get the purest, strongest, undiluted manuka honey, where antibacterial strength is measured and presented in a robust and transparent way.’

From tomorrow, all 34 types of manuka honey sold in the chain’s 750 stores will be quality tested.

Honey expert Dr Adrian Charlton, of food and plant laboratory Fera, is leading the testing. His team will measure the levels of methylglyoxal, or MGO, in each batch – an indicator of the honey’s antimicrobial strength.

Only honeys containing 40 MGO to 850 MGO will be allowed to go on sale. ‘It comes down to an issue of quality,’ said Dr Charlton. ‘People are buying manuka honey because they think it will make them feel better and that’s related to the antimicrobial strength.’ 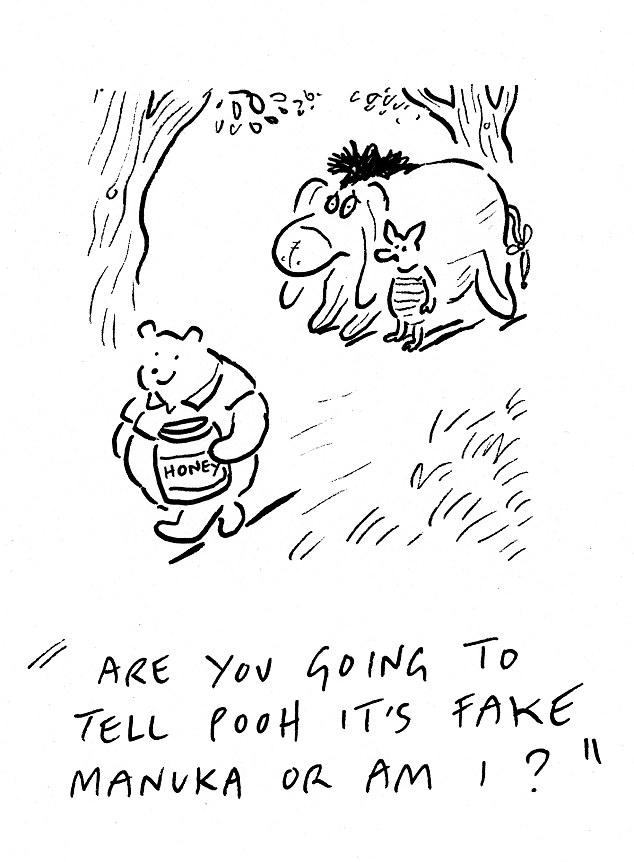