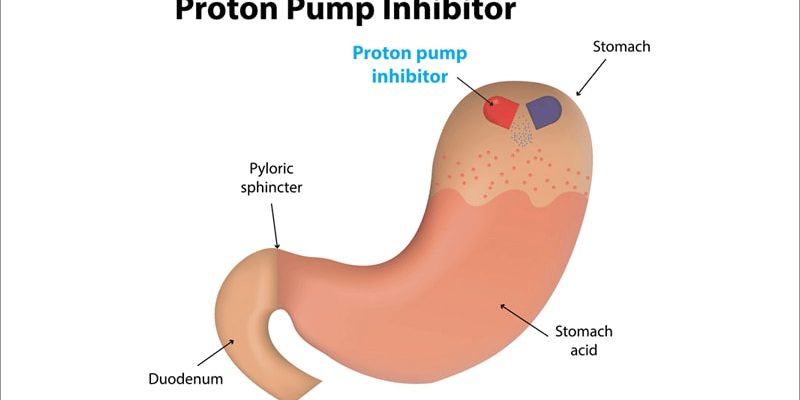 Nearly half of patients discharged from a hospital had inappropriate proton pump inhibitor (PPI) prescriptions, suggests a retrospective analysis of an Israeli healthcare database that showed no improvements in prescribing patterns over time.

The research was published online in the journal Digestive and Liver Disease.

First author Orly Sneh-Arbib, MD, Division of Gastroenterology and Liver Disease, Talpiot, Clalit Health Services, Jerusalem, Israel, told Medscape Medical News that she and her co-authors were “very surprised” that the rates of inappropriate prescribing remained so high, especially as they had discussed the adverse effects of the drugs numerous times during departmental meetings.

She believes that, for many clinicians, handing out a prescription for PPIs has become a habit, with the thought being: “Just take this, it’s like a vitamin.”

In the paper, the researchers write, “Undoubtedly, more action is needed to raise physicians’ knowledge and attention to the subject while providing automated and standardized technology-based tools to reduce inappropriate PPI use using an acceptable algorithm.”

For the study, Sneh-Arbib and her colleagues developed an algorithm to assess inappropriate PPI prescribing in almost 4000 internal medicine patients. To try to limit future overprescribing, their algorithm now is included in the clinical records system.

Consequently, every time a clinician tries to prescribe a PPI, they have to confirm that there is a valid indication for doing so, with the aim of adding an “extra step in the process,” Sneh-Arbib said.

There are a small, well-defined number of indications for long-term PPI use, the authors write. The indications include prior upper gastrointestinal bleeding, maintenance treatment after healing of erosive esophagitis, Barrett’s esophagus, the use of nonsteroidal anti-inflammatory drugs or antiplatelet agents in patients with increased bleeding risk, and maintenance therapy for symptom control in patients with gastroesophageal reflux disease.

The authors also note that the “appropriateness of PPIs is complex,” with multiple factors to consider for long-term PPI use, including complex drug combinations and medical history.

But having seen patients in their 30s prescribed PPIs “just because of taking steroids or aspirin,” Sneh-Arbib said she wanted to investigate further.

They included all patients prescribed PPIs on discharge with a recommendation for long-term use and excluded those who were transferred between departments or who had a hospital stay longer than 3 months.

Information on age, gender, ethnicity, socioeconomic status, current and past diagnoses, including all relevant gastrointestinal diagnoses, Charlson comorbidity index, and medications on admission and discharge were recorded.

Guidelines for Use of PPIs

To assess inappropriate PPI prescribing, the team searched for published recommendations on long-term use, Sneh-Arbib said. They developed an algorithm based on the UK National Institute for Health and Care Excellence (NICE) clinical guideline, “Gastro-oesophageal reflux disease and dyspepsia in adults: investigation and management.”

The guideline is “not perfect,” Sneh-Arbib said, but it was suitable. The team then randomly chose 100 patients from their records to validate the resulting algorithm, finding an accuracy of 96%.

The full analysis included 3982 patients, of whom 74% were aged 65 years or older, and 50.8% were women. PPIs were first prescribed before hospital admission in 92.4% of cases.

Overall, 42.4% of patients classified as inappropriate PPI use were not using aspirin, nonsteroidal anti-inflammatory drugs, antiplatelets, antiaggregants, anticoagulants, or steroids, the researchers found.

They also note that most patients in the study (92.3%) had received PPIs before admission, prescribed by their general practitioner or during a previous hospitalization. This raises concerns about unneeded continuation of the drugs and lack of review by clinicians, they write.

Approached for comment, Adrienna Jirik, MD, a gastroenterologist at the Cleveland Clinic, Cleveland, Ohio, told Medscape Medical News that “PPI overprescription is a common problem worldwide, with the United States being no exception.”

They are “one of the most prescribed medications in the world, with several formulations readily available as an over-the-counter medication,” she added.

Jirik, who was not involved with the study, said that the algorithm used is “on par with the US clinical practice guidelines for PPI use” and a “great start to initiate an encounter with a patient on PPIs in the outpatient setting to review the indications and to de-escalate and deprescribe therapy.”

“It may be useful to incorporate a version of this algorithm as a ‘hard stop’ on some outpatient EMR [electronic medical record] templates to remind providers to address this issue prior to closing an encounter,” Jirik added.

She noted, however, that tackling any medication reconciliation is a very important, but difficult and time-consuming, task.

“Education is definitely key for both primary and subspecialty providers,” Jirik said. “If patients have been on a long-term PPI, the inpatient provider can suggest a plan for de-escalation based on practice guidelines and arrange proper outpatient follow-up for eventual deprescribing.”

No funding was declared. The authors and Jirik report no relevant financial relationships.