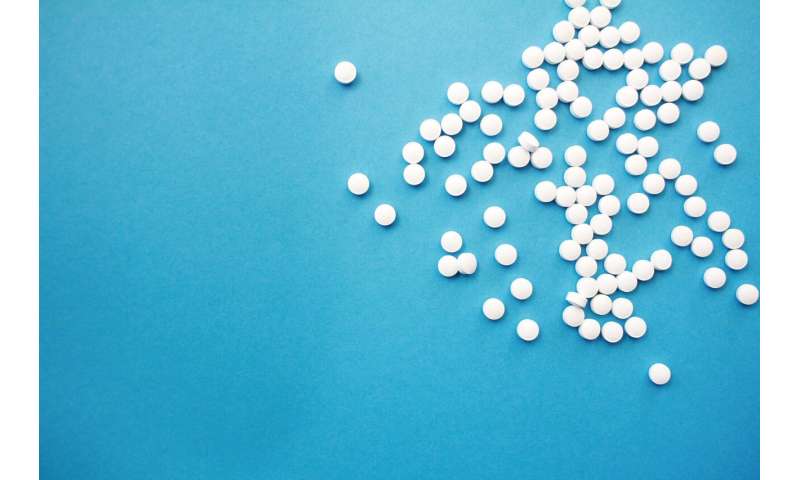 From commonly prescribed drugs for gout through to depression, there’s growing evidence that Asians are at a higher risk of side effects from many medications due to their genetic makeup.

In a new study, recently published in Clinical Translational Science, UBC medical student Cody Lo and collaborators at Stanford reveal just how prevalent and serious some of the side effects can be.

Lo, the study’s lead author, shares why a one-size-fits-all approach to prescribing medications is risky and how a growing interest and demand for genetic testing is changing the face of medicine.

What are some of the side effects?

Asians—who make up more than 60 percent of the world’s population—are at increased risk for a wide range of side effects from a variety of common medications used for everything from gout to hormone replacement therapy and depression.

Our review, which examined existing literature in the field of pharmacogenomics (the study of how genes affect a person’s response to drugs), in combination with guidelines and statistics from the Food and Drug Administration (FDA) and the Clinical Pharmacogenetics Implementation Consortium (CPIC), summarizes some of these side effects and how they are affected by genetics.

The side effects, which ranged from benign reactions, such as reduced drug efficacy, to liver injury and severe skin reactions, are serious enough to warrant changes in dosing and—in some cases—medication choice altogether.

Why are Asians at higher risk for adverse reactions?

Asians are more likely to have certain genetic variants compared to other ethnicities that put them at increased risk for these side effects.

Asians are also nearly seven times more likely to have a genetic variant that puts them at risk of a severe rash when taking allopurinol, a common medication for gout.

In the majority of cases that we reviewed, the adverse response to medications were due to Asians more commonly being carriers of a particular gene, known as the HLA-B*15:02 allele.

Do all Asians face the same risk?

It’s important to remember that different ethnic groups we colloquially refer to as “Asian” can have quite different genetic backgrounds. Studies can range from investigating specific populations such as “Han Chinese” to much broader populations like “South Asian.” In this review we referred to Asians broadly so that we were able to include a wide cross section of studies.

One of the enduring challenges facing pharmacogenomics is balancing an appreciation for granularity of differences between related populations and effectively summarizing the evidence. Research groups have suggested standardized ways of classifying more specific ethnic groups moving forward and I anticipate future studies will be able to further delineate differences between these populations.

How is interest and demand for genetic testing changing medicine?

Increased interest and demand for genetic testing is already having an impact on clinical practice. At Stanford, they actually have a clinic where patients who have experienced serious side effects to medications can be tested for these variants or can bring in their own genetic test results for interpretation. They are a bit of a unique example, but here in Canada, we’re also seeing a growing interest from patients in learning how their genes affect their response to drugs.

For doctors, recognizing that certain effects may be more prevalent in Asian populations can be very helpful in their daily practice. Part of the reason why this review was conducted was to give doctors an evidence-based resource to help inform their clinical decision making.

How did the opportunity to collaborate with researchers at Stanford come about?

UBC’s medical program provides students dedicated time to pursue scholarly activities as part of a unique course, known as Flexible and Enhanced Learning, or FLEX. This course enabled me to take my experience from UBC and spend one of my blocks at Stanford, working with Dr. Russ Altman, a world-renowned researcher in the field of personalized medicine. I also worked with senior author Dr. Latha Palaniappan, founder of the Stanford Center for Asian Health Research and Education, and an international team of pharmacists to synthesize the current data.