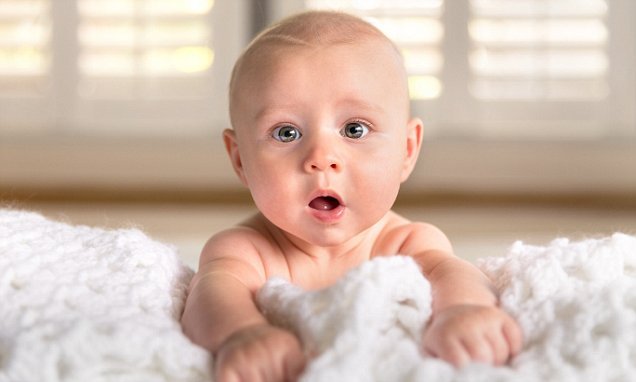 Gene-editing babies before they are born could help them live decades longer and more than halve their risk of developing cancer, controversial new research suggests.

Using controversial DNA-editing tools such as CRISPR-CAS9 on egg and sperm cells could ‘make us all resistant to diseases of old age’, according to Dr Roman Teo Oliynyk, from the University of Auckland.

Altering dozens or even hundreds of genes that code for conditions such as heart disease, Alzheimer’s or arthritis could help at-risk unborn babies, such as those with a family history of such disorders, have more healthy years, the scientist claims.

The greatest benefit would occur with cancers, with an at-risk foetus being half as likely to get the disease and living up to two decades longer if the condition were to develop, the scientists claim.

Yet other experts claim DNA editing to reduce a person’s risk of one disease may make them more susceptible to another.

They also add that poor health is often brought on by a combination of genetic and environmental factors, with the latter being difficult to control. 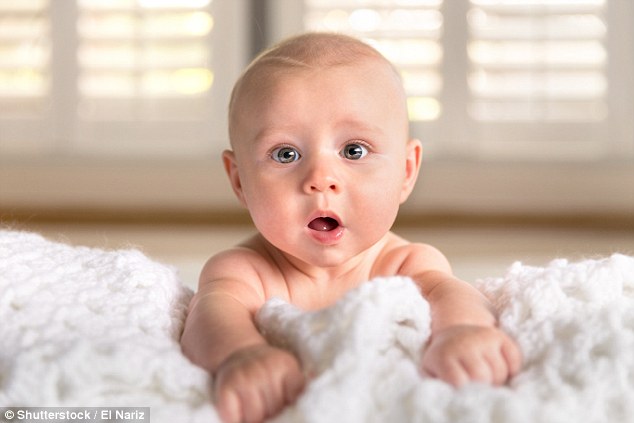 Gene-editing babies before they are born could help them live decades longer and more than halve their risk of developing cancer, new research suggests (stock)

Cancer risk could be significantly reduced

The researcher looked at a collection of genes that affect a person’s risk of developing certain conditions, such as type 2 diabetes or stroke.

By looking at what genes an individual has, their risk of developing particular diseases can be assessed.

The scientist then calculated if someone with a higher-than-average risk of developing a certain disease would have been less susceptible if they had undergone gene editing before birth.

He claims the results would be dramatic, with such people living healthily for longer and having a significantly lower risk of becoming ill at all.

Speaking of the findings, published in the journal biorXiv, Dr Oliynyk said: ‘This research shows that we could potentially use gene editing to make us all resistant to diseases of old age.

‘Cancers on the model show a very significant and lasting improvement.’

‘There is often a trade-off to be had’

Other experts add, however, it is not completely clear what collection of genes code for specific diseases.

Geneticist Helen O’Neill, from University College London, who was not involved in the study, told New Scientist: ‘I don’t think we are there yet and I’m not sure we ever will be.’

Side effects are also a concern, with Ali Torkamani from the Scripps Research Translational Institute in La Jolla, California, adding: ‘There is often a trade-off to be had – you’ve reduced your risk for coronary artery disease but you may have increased your risk for some other disorder.’

From a practical perspective, it is also not clear what genes an embryo will inherit until it is formed, by which point it may be too late for DNA editing.

CRISPR-Cas9 is a tool for making precise edits in DNA, discovered in bacteria.

The technique involves a DNA cutting enzyme and a small tag which tells the enzyme where to cut.

The CRISPR/Cas9 technique uses tags which identify the location of the mutation, and an enzyme, which acts as tiny scissors, to cut DNA in a precise place, allowing small portions of a gene to be removed

By editing this tag, scientists are able to target the enzyme to specific regions of DNA and make precise cuts, wherever they like.

It has been used to ‘silence’ genes – effectively switching them off.

When cellular machinery repairs the DNA break, it removes a small snip of DNA.

In this way, researchers can precisely turn off specific genes in the genome.

The approach has been used previously to edit the HBB gene responsible for a condition called β-thalassaemia.

Why is gene editing controversial?

Some have suggested the gene editing could be used to remove damaging genes from children before they are born, such as those that cause Huntington’s disease or hereditary blindness.

Yet the technology may also one day be used to insert genes for desired traits, such as blond hair or above-average height.

If science’s understanding of genetics improves, the technology may also one day be used to insert genes that encode certain skills, such as musical ability and intelligence.

Critics of so-called designer babies also argue that only wealthy people could likely afford such technologies.

In addition, US health insurers may reject patients who have not undergone genetic selection out of concerns they have a higher disease risk.

Dr Louanne Hudgins, who studies prenatal genetic screening and diagnosis at Stanford, adds genetically screening foetuses for diseases is not supported by medical associations and therefore health insurers will unlikely pay for such treatments in the near future.

Critics also argue a person’s upbringing and life experiences have a substantial impact on traits such as intelligence.

Dr Richard Scott Jr, a founding partner of Reproductive Medicine Associates of New Jersey, concluded: ‘Your child may not turn out to be the three-sport all-American at Stanford.’

How does CRISPR gene-editing technology work?

Unlike other similar tools, CRISPR permanently ‘turns on or off’ genes at the DNA level.

The DNA cut – known as a double-strand break – closely mimics the kind of mutations that occur naturally, for instance after chronic sun exposure.

Yet, unlike UV rays that can result in random genetic alterations, CRISPR causes a mutation at a precise location.

When cellular machinery repairs the DNA break, it removes a small snip of DNA.

In this way, researchers can precisely ‘turn off’ specific genes.