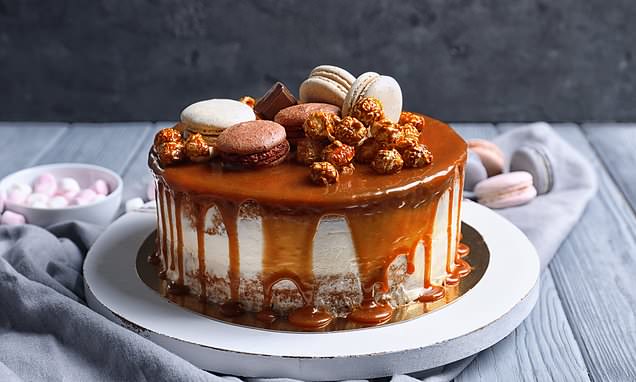 Pensioners are told to eat cake, put cream in coffee and FRY food ‘to avoid malnutrition’ in old age

More than a million pensioners should be encouraged to put cream in their coffee and fry rather than grill their food, experts say.

Some 1.3million over-65s are at risk of malnutrition or are already suffering from eating too little food.

In an era of rising obesity rates, and a push for healthier diets, many people believe fatty food should be avoided at all costs.

But experts today warn that this focus is putting many elderly people at risk. 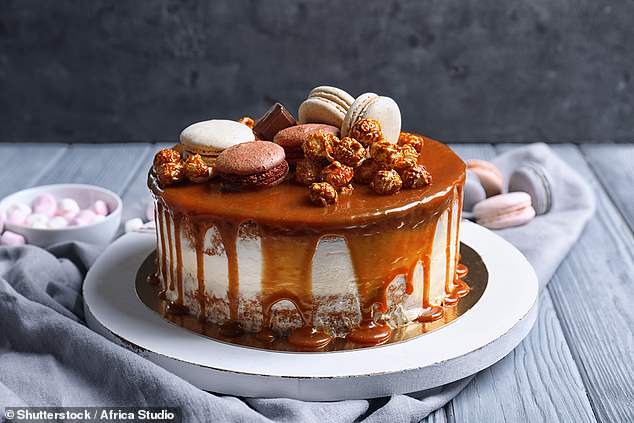 Stock up on cakes! Dr Simon Gabe, president of British Association for Parenteral and Enteral Nutrition said people at risk of malnutrition should eat more cake

Dr Simon Gabe, president of British Association for Parenteral and Enteral Nutrition, said: ‘The general advice for those with malnutrition or for those at risk is to maximise their food intake.

‘You can have cream in your coffee instead of milk, fry instead of grill, add butter to your scrambled eggs, give that chicken an extra brush of oil before putting it in the oven and stock up on cakes.’

Dr Gabe, a consultant in gastroenterology at St Mark’s Hospital in north London, added: ‘Malnutrition is a hidden problem in the UK, but awareness, prevention and detection are key to reducing its prevalence.

‘For too long, the public have been given health messages focussed on reducing levels of obesity and while obesity is a huge problem, for the malnourished, the best thing to do is ignore these messages entirely and seek professional advice.’

New polling published today reveals 45 per cent of British adults wrongly believe that losing weight in later life is normal, when in fact unintended weight loss can be a sign of malnutrition.

And four in 10 believe that high calorie foods such as biscuits and cakes should be avoided even if you are underweight.

Experts warned that it is especially hard to spot malnutrition in winter, when people wear big thick coats.

ONE MALNOURISHED PERSON DIES EVERY DAY ON NHS WARDS

One malnourished person is dying in hospital almost every day, ‘shameful’ figures revealed in February.

A total of 351 patients in England and Wales had malnutrition listed on their death certificate as an underlying cause or contributory factor in 2016.

The figure was 18 per cent up on the 297 recorded the year before – and 31 per cent higher than a decade ago.

Over the past decade, 3,022 people – the vast majority of them elderly – died with malnutrition listed as a factor.

Charities said the statistics were ‘shocking’ and demanded that hospitals did more to ensure vulnerable elderly patients received help eating and drinking.

Dr Gabe added: ‘People should consult their doctor before making any drastic changes to their diet, particularly if they have a pre-existing medical condition and special dietary requirements.’

Some three million people are malnourished in the UK – with 1.3 million over the age of 65.

Even those who are overweight can suffer from malnutrition – if they lose 5 per cent of their bodyweight unintentionally in less than six months their health will be at risk, no matter how heavy they were to start with.

People who are malnourished see their GP twice as often, have three times the number of hospital admissions and stay in hospital three days longer than those who are well nourished.

Diane Jeffrey, chair of the Malnutrition Task Force said: ‘Malnutrition is often associated with the extreme poverty we see in the news and on the television, but the truth is that can affect anyone, including our own family and friends here in the UK.

‘It’s important to be vigilant, so look out for the subtle tell-tell signs such as loose rings, dentures and clothes.

‘Alarm bells should be ringing if we see the people we care about lose significant amounts of weight unintentionally in later life – it’s not ‘normal’ to get thinner with age as people assume.’