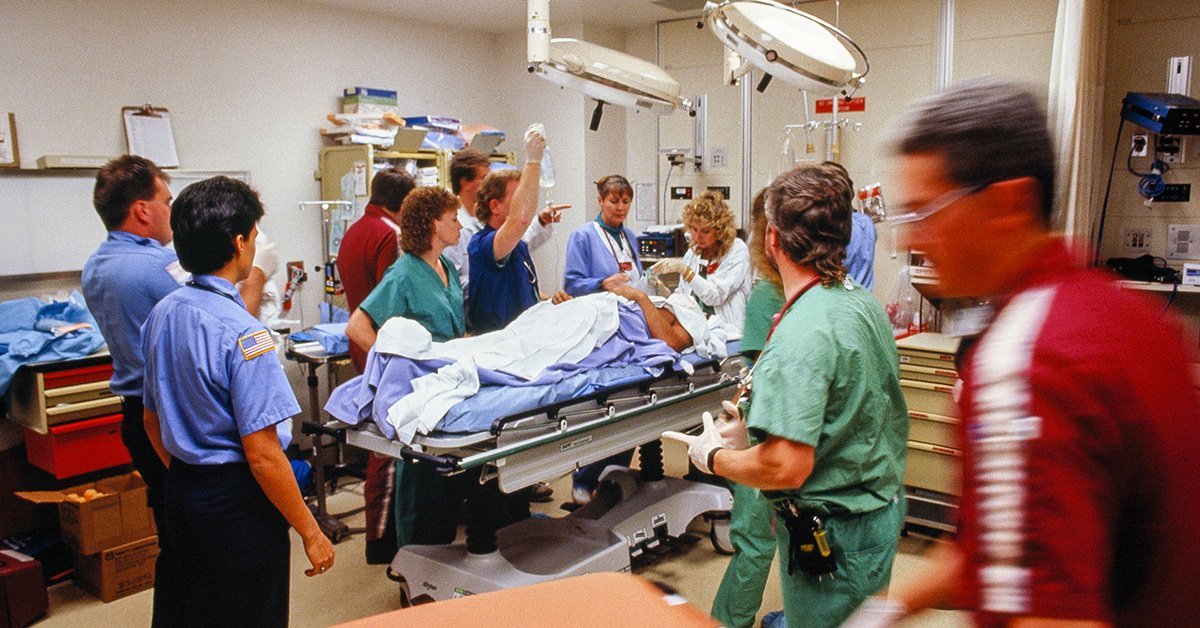 Even a $1 bag of salt water is sometimes difficult to find in the current drug shortage. The situation is affecting emergency rooms, hospitals, doctors, and paramedics. 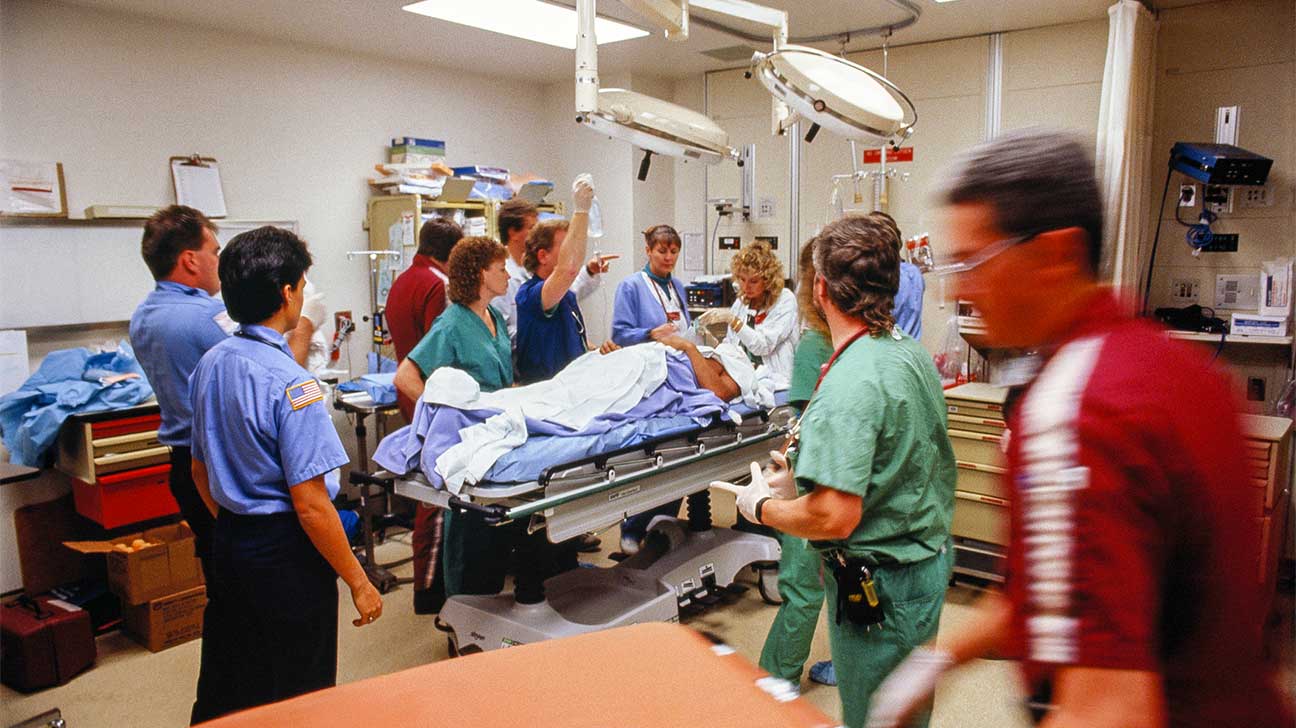 Dr. Maryann E. Amirshahi was on her way to work at MedStar Washington Hospital Center in Washington, D.C., on Tuesday morning, hoping her eight-hour shift would be filled with all of the medications she needed to do her job.

But she knew better.

As an emergency medicine physician, she knew three of the most common injectable opioid painkillers — morphine, hydromorphone, and fentanyl — would be in short supply.

Those are first-line choices and vital to her job, especially when treating things such as ruptured appendixes or broken femurs.

“We’ve seen a variety of shortages over time,” Amirshahi said. “What’s been challenging is that second-line drugs are out, too.”

As a researcher who has studied drug shortages, Amirshahi also knew it’s quite common for medically important drugs to be in short supply.

Research she led, published last year in the Journal of Critical Care, found that half of the medications in drug shortages were for critical care.

While the majority of the drugs involved in nearly 2,000 drug shortages from 2001 to 2016 had an alternative available, a quarter of the time those alternatives were also on the short list.

The most common drugs in those shortages were for infectious diseases.

This affects not just Amirshahi’s emergency department, but other hospital workers, medical specialists, and paramedics in ambulances all over the country.

“It’s a problem we need to be aware of, but the public should also know drug shortages are a real problem,” Amirshahi said. “But I don’t want people to be scared to come to the ER. Most people are getting the care they need.”

Not more than nine miles from where Amirshahi practices emergency medicine is the headquarters of the U.S. Food and Drug Administration (FDA).

Officials there recently announced those injectable painkillers and other commonly used drugs are currently available in limited amounts.

That includes even the most basic of medications.

Dr. Douglas Throckmorton, deputy center director for regulatory programs in the FDA’s Center for Drug Evaluation and Research, said the shortage of IV fluids, certain painkillers, and EpiPens “have had a significant impact on the medical community and patients.”

“It’s important to underscore that we know that there are other medically necessary drugs in shortage and we’re continuing to prioritize our ongoing work to address all shortages of these drugs given the impact on the public health,” he said in a press release.

Dr. Robert Quigley, senior vice president and regional medical director at International SOS, said that neither the FDA nor Congress can mandate a manufacturer to provide a medication.

“These shortages come and go for a variety of reasons,” he told Healthline. “Many pharmaceutical companies are unable and/or unwilling to maintain a pipeline (of needed medicines).”

While the FDA works with private industries to combat these shortages and provide incentives for them to do so, some major healthcare systems are beginning to take matters into their own hands.

To remedy these increasing shortages and the unpredictable pricing that comes with them, a group of hospitals have formed a nonprofit group to ensure these medical necessities don’t fall into the same kind of peril.

Meanwhile, healthcare professionals have to deal day in and day out with not having the most effective medication available.

Quick thinking on the front lines

Keith May is an assistant fire chief in Berkeley, California, where the fire department handles the city’s emergency medical services.

Through various shortages, department personnel have come up with different solutions, including diluting the concentration of a medication on the scene of an emergency and using varying packaging and delivery methods for those drugs, May told Healthline.

The average length of shortages for drugs used in ambulatory medicine is more than seven months, according to a recent study published in the Journal of Pediatrics.

May’s department often resorts to using less potent medication, such as morphine during a fentanyl shortage. Or, it could involve not giving the most basic, benign medication: a saline drip to rehydrate patients or dilute drugs given intravenously.

“Other ways to address a shortage is to encourage field personnel to provide treatment only when needed as opposed to prophylactic measures,” May said. “In essence: start the IV if the patient needs the IV, as opposed to starting an IV just in case something should happen.”

When it comes to saline, the paramedics with the Berkeley Fire Department are far from alone. As the FDA announced, it and other IV solutions remain in short supply.

It’s hard to believe that in the costliest healthcare system in the world there could be a shortage of saline drips: a combination of salt and sterile water inside a plastic bag that costs hospitals a dollar per liter.

But cost isn’t an issue.

The shortage of bagged salt water is due, in part, to demand. The U.S. healthcare system uses about 40 million bags of saline a month.

Its winds and waters not only killed an estimated 4,600 people and left a large portion of the U.S. territory without power, but they also shut down one of the largest suppliers of saline for the U.S. healthcare system.

But even before Maria hit land, saline was already in short supply.

With that factory out of commission, and a particularly aggressive flu season earlier this year, the FDA initially reported the shortage wouldn’t last long.

Even with the Puerto Rico factory up and running again, along with four more companies approved to manufacture saline, it remains on the shortage list.

“Right now, it’s as bad as it’s been in my memory,” said Dr. Rita Agarwal, a pediatric anesthesiologist and clinical professor at Stanford University with 25 years of experience in medicine.

Besides saline, the ebb and flow of available drugs have medical practitioners at hospitals across the country relying on what they have, safeguarding what’s available, and using ingenuity to care for their patients.

With the ever-present threat of being short on important drugs and medical supplies, hospital staffers and other medical professionals are working closer with pharmaceutical vendors to stay as far ahead of shortages as possible.

Sometimes this includes stockpiling what may soon be in short supply, but it also includes being conservative with what is on hand.

For example, common anti-nausea drugs that can prevent patients from vomiting after surgery are often on the shortage list. That includes the first-, second-, and third-line drugs.

While almost all patients used to be given one or the other to stave off the common and unwanted post-surgical side effects, doctors and nurses now evaluate the likelihood of a patient needing the drug, just like Berkeley paramedics do with saline.

If someone is at a low risk of vomiting, they may not get the drugs so they’re available for those at the highest risk.

“Really, there’s a focus on stewardship,” Agarwal said. “We really want to be much more thoughtful.”

As for saline, while the smaller 100-cc to 500-cc bags are in short supply, the larger one-liter bags are used. Or, if they’re being used to deliver medication, it can be given via syringe, although this takes up more of a caregiver’s time.

Overall, it’s part of a balance that healthcare providers face in delivering needed medication to patients while still preparing for the unknown: local disasters, epidemics, or even a worsened drug shortage.

“We’re still scrambling to get them what they need,” Agarwal said. “We just don’t always have the preferred drug available. It just involves a lot more creativity.”