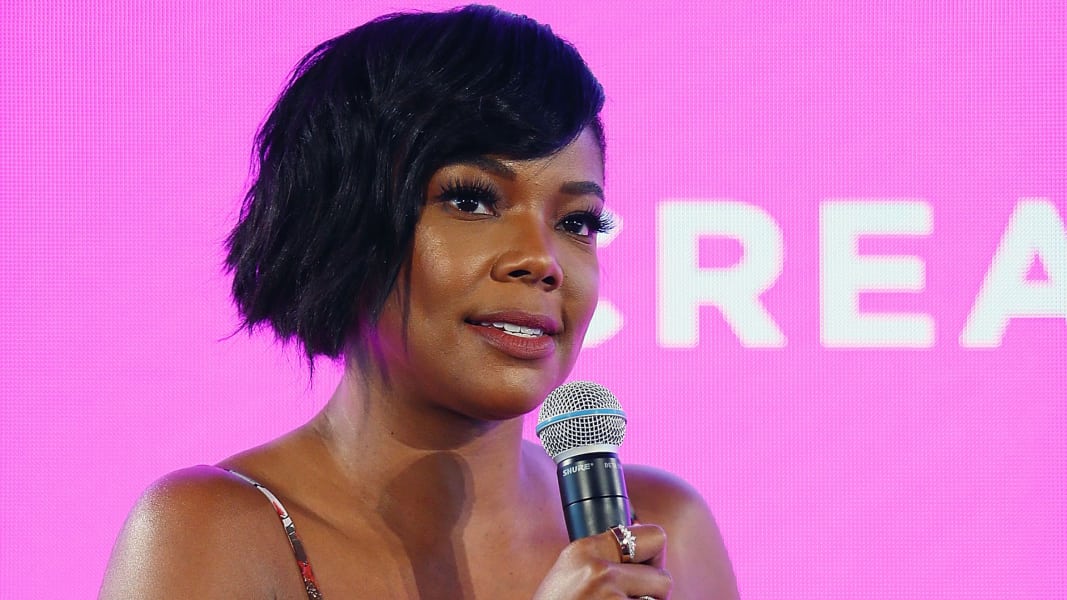 Gabrielle Union does not mince words when it comes to women’s wellness. The 45-year-old actor, activist and New York Times bestselling author joined SheKnows Media CEO Samantha Skey onstage at the #BlogHer18 Creators Summit in New York City on Wednesday to share some of her own very personal experiences and advice on how women can take control of their health and lives.

First, Union shared additional insight about her struggle with infertility — a topic she has spoken candidly about in the past as well. "Fertility is not an older women’s issue. It’s an issue, period," Union said, putting to rest the idea that a woman is defective if she’s not able to produce a baby.

Despite having heavy, painful periods since her 20s, Union said she was blamed for her own infertility. "Everyone just chalked it up to ‘You’re a career woman. You prioritize your career. You’ve waited too long, and now you’re just too old to have a kid and that’s on you for wanting a career.’”

In reality, Union had a condition called adenomyosis, also known as "inside-out endometriosis," that causes the endometrial tissue of the uterus cavity to grow into the uterus muscle, which damages the uterine wall. In addition to prolonged, heavy, painful periods, another symptom of adenomyosis is decreased fertility.

"I could have had adenomyosis in my early 20s, and instead of someone diagnosing me, they were like, ‘You have periods that last nine and 10 days? And you’re bleeding through overnight pads?’ It’s not a mere inconvenience. Perhaps there’s something more there," Union said.

Because of her own experience — as well as hearing from other women — Union stressed the importance of taking control of your own health care, even if doctors dismiss you and your pain. “[You] don’t just have to take one diagnosis and assume it’s correct if you’re still having issues," she said. "Our lives, our bodies — they’re important and they have to be important to us to make sure they’re important to the people we pay to treat our bodies.”

Union’s strategies include arriving at your doctor’s appointment armed with questions and information and communicating your symptoms to your doctor — repeatedly, if that’s what it takes. "It’s OK to be dogged," Union added. "It’s OK to be that pesky patient if pesky means holding people accountable for the jobs they’re doing."

Union also touched on another deeply vulnerable part of her past that has contributed to her perspective on fear and courage — being raped at gunpoint. "There’s so much that we internalize out of a fear of judgment, out of a fear of humiliation, and sometimes that fear can literally kill us," she said. "I have seen the devil up close — you can’t go any lower. When you are being raped at gunpoint at work, you can’t go any lower. When you see your friend die at 35 because she’s too afraid to get a lump checked out, you can’t go any lower. At this point, I can only go up, and I’m trying to take as many people up with me as possible."

Whether it’s sharing an experience as traumatic and devastating as rape or getting real about lessons she’s learned the hard way about her own health care, Union is making major and vital contributions to conversations our culture needs right now, and we can’t overstate how much we appreciate and applaud her for it.