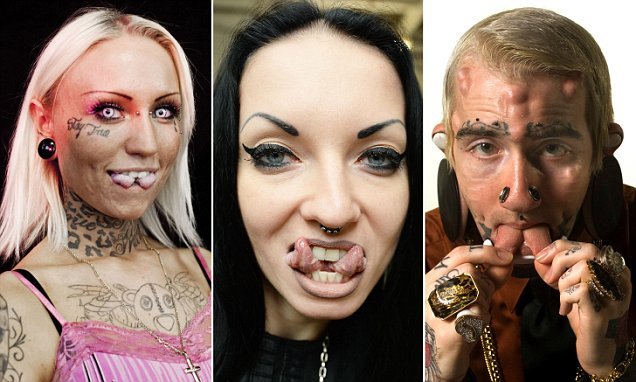 From nerve damage to haemorrhage and even trouble breathing: Doctors warn about the ‘horrific consequences’ of bizarre tongue-splitting trend

The craze for tongue splitting is leaving people open to serious risk of haemorrhage, infection and nerve damage, doctors have warned.

The procedure – which involves cutting a person’s tongue so it resembles that of a lizard – has become a global phenomenon in recent years.

Yet, despite its popularity, experts believe many who undertake the body-modification are painfully unaware of the long-term health risks. 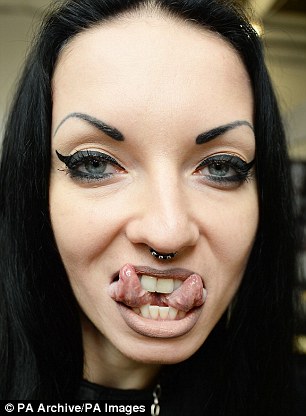 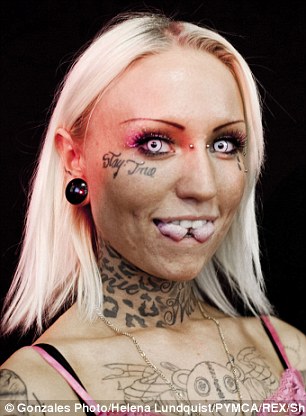 Bizarre:  Thousands of people have undergone body-modifications to have their tongue fork at the end, giving them a  lizard-like appearance – despite the health risks

Specifically, they cite a number of ‘horrific consequences’, including blood loss, infection, nerve damage and problems being able to breathe or swallow.

They also say it can cause tooth fractures and painful gum damage.

The warning forms part of a joint statement issued by the Faculty of Dental Surgery, the Royal College of Surgeons and the British Association of Plastic Reconstructive & Aesthetic Surgeons, which was published on Friday.

Selina Master, of the Royal College of Surgeons dental surgery faculty, said dentists had seen some ‘horrific consequences’ of these procedures.

‘It’s so important that people realise they are putting themselves at serious risk of significant blood loss, infection, nerve damage and problems being able to breathe or swallow. 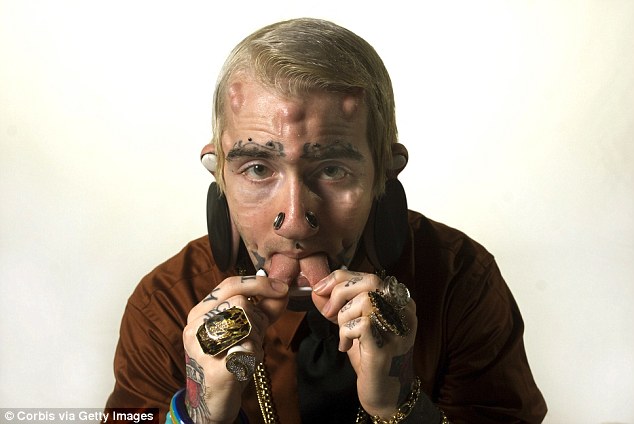 Risk: Nerve damage and problems being able to breathe or swallow are just two complications 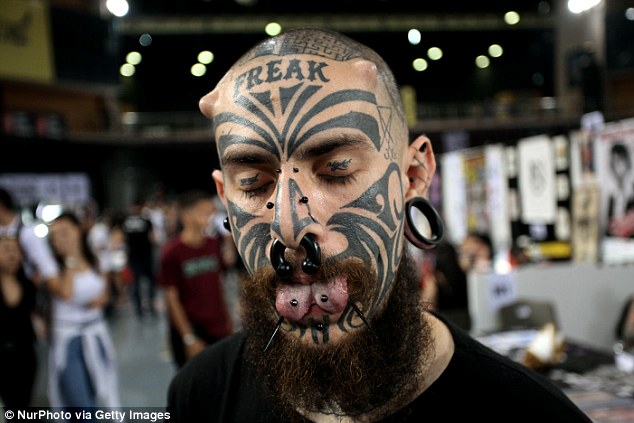 Fact: Following a recent Court of Appeal ruling, anyone in England and Wales offering tongue splitting is now likely to be doing so illegally

Meanwhile, Bapras president David Ward added: ‘No reputable surgeon would undertake this procedure as it carries high risks, both at the time of the procedure and long-term, there are no medical reasons for doing it, and in England and Wales.

‘Patients undergoing surgery for cosmetic reasons undergo thorough pre-operative assessment, often including psychological evaluation, but practitioners performing tongue splitting will not have the training and skills required for such appraisals, putting their customers at very significant risk.’

In addition, they add that following a recent Court of Appeal ruling, anyone in England and Wales offering tongue splitting is now likely to be doing so illegally. 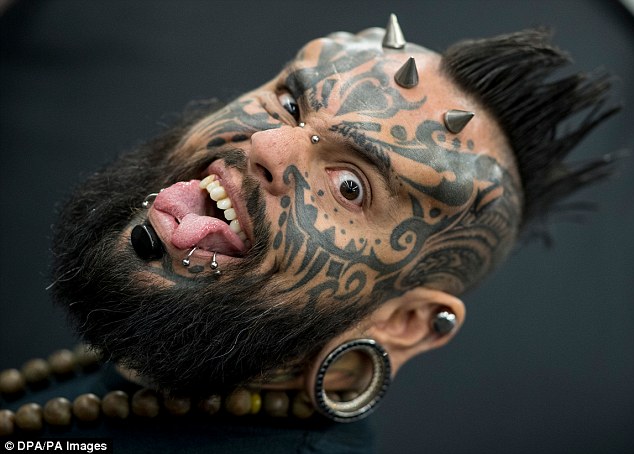 The practice has been condemned by the Faculty of Dental Surgery, the Royal College of Surgeons and the British Association of Plastic Reconstructive & Aesthetic Surgeons

The procedure begins by cutting with a scalpel, cauterizing and tying off.

Incisions go along the middle and up two-thirds of the tongue’s length. Then each half is stitched or sutured along the cut edge.

This prevents the tongue from healing back together, which is the human  body’s natural instinct.

The tongue generally heals in 1–2 weeks and, while the practice is reversible, corrective surgery is rare.

However, there is ongoing uncertainty over the legal status of tongue splitting as it is not covered under any existing legislation.

This means the extreme procedure is basically unregulated, they say.

‘In England and Wales, practitioners who offer tongue splitting are doing so illegally as the law currently stands.

‘There is an urgent need for the law in other parts of the UK to be clarified.

‘The FDS and Bapras are also concerned that, despite the legal debate, the demand for tongue splitting procedures may continue but simply be driven underground.’

The first recorded case of tongue-splitting dates back to 1996  when Dustin Allor, a 19-year-old body piercer in the U.S., performed it on herself.

Since then, it’s become increasingly popular with tattoo fans around the globe.

According to anecdotal reports, the desire is to look supernatural and other-worldly, while some doctors say it psychologically separates adherents from mainstream culture.