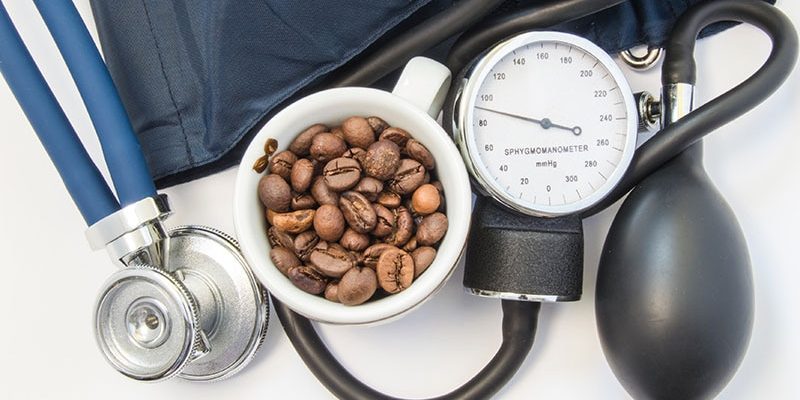 Individuals with severe hypertension (HTN) who drink two or more cups of coffee a day have double the long-term risk for death from cardiovascular disease (CVD) compared with those who don’t consume coffee, suggests data from a population-based cohort study conducted in Japan.

Teramoto said he was surprised that “heavy” coffee consumption (at least two cups daily) was associated with increased CVD mortality among people with severe HTN but not those with normal BP or grade 1 HTN.

“In contrast,” he said, “green tea consumption was not associated with an increased risk of CVD mortality across all blood pressure categories” in the analysis, which was based on more than 18,000 men and women in Japan who were followed a median of 19 years.

Previous research has shown that greater coffee intake may cut the risk for incident HTN and mortality among the general population, but it can also increase BP over the short term among persons with HTN, Teramoto noted. The protective effects, therefore, appear to depend on the individual’s BP.

“Because hypertensives are more susceptible to the effects of caffeine,” he said, “caffeine’s harmful effects may outweigh its protective effects and increase the risk of mortality in persons with severe hypertension.”

Teramoto is lead author on the study, published online December 21 in the Journal of the American Heart Association.

No Increased Risk From Green Tea

The analysis was based on data from 18,609 participants (including 65% women) in the JACC study, which enrolled people aged 40-75 living throughout Japan. The participants completed self-reported questionnaires on their medical history, diet, and lifestyle.

Because of the low percentage of participants with grade 3 HTN, the grade 2 and 3 categories were combined into “severe” HTN.

A total of 842 participants died over a median follow-up of 19 years.

Greater coffee consumption was associated with increased risk for CVD mortality only among participants with grade 2-3 HTN at an intake of two or more cups per day. The adjusted hazard ratio was 2.05 (95% CI, 1.17-3.59) compared with participants with severe HTN who did not drink coffee.

No associations between coffee consumption and CVD death were observed among participants with optimal/normal or high-normal BP or with grade 1 HTN.

“These are very interesting findings, because for the last decade or more, studies like these…have very consistently concluded there are benefits to both types of beverages,” American Heart Association Nutrition Committee chair Christopher Gardner, PhD, told theheart.org | Medscape Cardiology.

“What was unique about this study was the extra step of looking separately at four ranges of blood pressure.”

But he also expressed some concerns and caveats. For example, there were numerous participant subcategories by both BP and coffee consumption, such that “the rate of CVD mortality in the group of heavy coffee drinkers among participants with severe hypertension was determined from just 19 events.” That makes up only 2% of CVD deaths. “This limits how robust the findings are.”

Also, the hazard ratio CIs for risk in patients with severe HTN consuming at least two cups coffee daily were wide. The twofold increased risk “could have been as little as a 17% increase in risk…or as much as a threefold risk,” Gardner said.

Gardner also noted the study’s failure to account for additives to coffee and tea drinks. For example, black coffee and a mocha frappe or cappuccino “might both qualify as coffee, but the latter is a sugar and saturated-fat delivery vehicle.” Similarly, green tea and bubble tea both potentially qualify as tea, “but the latter is more of a tea-flavored beverage with sugar and dairy and other additives.”

Omission of this information raises concern, he said, that the study may encourage consumers with no or mild HTN to increase their consumption of potentially harmful coffee-like and tea-like beverages.

There are no daily nutritional requirements for coffee, tea, or caffeine, Gardner said, “suggesting that adults with severe hypertension [who] limit their coffee to one cup per day would not [experience] any nutrient deficiencies.”

The risk-benefit ratio for coffee intake and CVD mortality implied by the study “probably falls in line with recommending they limit their coffee consumption to less than two cups per day, until more results are available.”

The Japan Collaborative Cohort Study for Evaluation of Cancer Risk study was funded by the Ministry of Education, Culture, Sports, Science and Technology of Japan; the Ministry of Health, Labor and Welfare, Health and Labor Sciences, Japan; the National Cancer Center Research and Development Fund; and the Japan Society for the Promotion of Science. The authors disclose no conflicts of interest. Gardner had no relevant disclosures.