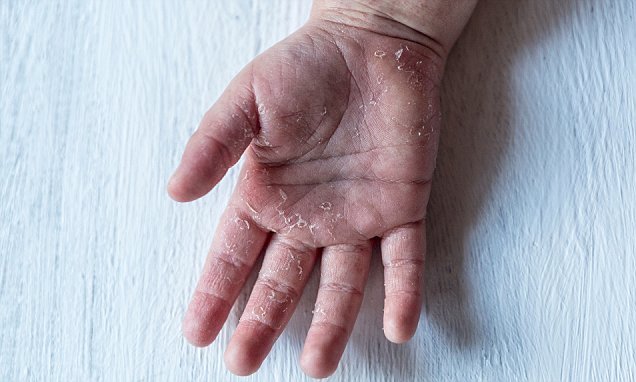 Cases of scarlet fever have soared to the highest levels in almost six decades as measles also continues to spiral, official statistics reveal.

Public Health England figures show 26,745 people have been struck down by the ‘Victorian’ disease scarlet fever already this year, after 27 just weeks.

In comparison, 19,206 people were struck down by scarlet fever across the whole of 2016 in England and Wales – the highest total since 1967.

And with more than 20 weeks left to run, it is feared the total could snowball further and breach the more than 32,170 recorded in 1960.

PHE figures also showed a rise in measles, with cases of the life-threatening bug twice as high as last year across England and Wales.

Some 1,717 people have been struck down by measles already this year. By contrast, 849 were infected in the same time frame in 2017. 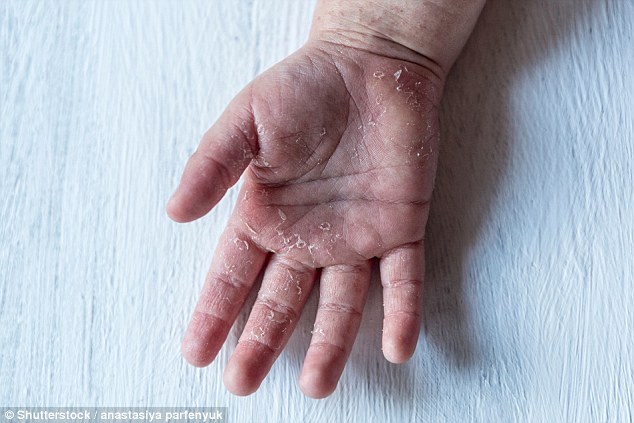 Public Health England figures show 26,745 have been struck down by scarlet fever already this year, after 27 weeks

Cases of scarlet fever, which strikes mostly in the winter and spring months, have been on the up since 2014.

Officials have yet been able to pinpoint why cases have shot up, but a fall in living standards has previously been blamed.

Researchers in the US, where cases are also on the rise, have linked it to a super-resistant and aggressive strain of bacteria.

This theory has repeatedly been ruled out by PHE which claims to have not found any evidence despite rigorous lab testing.

Figures show 2016 was the worst year for scarlet fever in 49 years. Some 19,206 cases of scarlet fever were recorded two years ago.

Just 17,744 cases of the infection, common in children under 10, were declared by doctors last year, as they noticed a slight decline.

What is scarlet fever and what are the symptoms to look out for?

Scarlet fever is a bacterial illness that mainly affects children. It causes a distinctive pink-red rash.

The illness is caused by Streptococcus pyogenes bacteria, which are found on the skin and in the throat.

First symptoms of scarlet fever include a sore throat and fever which may be accompanied by a headache, nausea and vomiting.

Between 12 to 48 hours after this, a characteristic fine, sandpapery rash develops, often appearing first on the chest or stomach.

Other symptoms include a white coating on the tongue, which peels a few days later leaving the tongue red and swollen (this is known as strawberry tongue).

Cases are more common in children although adults of all ages can also develop scarlet fever.

Individuals who think they or their child may have scarlet fever should consult their GP.

But this year’s total cases of the bug, which causes a sore throat, fever and rash toppled last year’s total toll in just 15 weeks – by mid-April.

In comparison, just 4,643 cases of scarlet fever – which can be easily treated with antibiotics – were reported in 2013, statistics show.

Doctors are required to notify the relevant authorities every time they come across serious infectious diseases, such as measles and scarlet fever.

Scarlet fever was very common in the Victorian era – and far more deadly – but cases dramatically reduced, partly due to better hygiene.

If treated promptly, the disease is restricted to no more than unpleasant symptoms. However, it was a death sentence for thousands in the late 1800s and early 1900s.

The disease is caused by the bacteria group A streptococcus and spread through coughs and sneezes or touching contaminated objects.

In most cases it clears up by itself but GPs may prescribe penicillin if symptoms are particularly nasty and there is a risk of complications.

Other common Victorian diseases which were thought to have become things of the past but are now making a comeback include whooping cough and scurvy.

ARE VICTORIA-ERA DISEASES ON THE RISE?

Poor lifestyles are causing a surge of diseases linked to the Victorian era in the UK, experts warned in March 2017.

A fall in living standards and growing financial inequality are thought to be behind a rise in cases of rickets, gout, syphilis and scarlet fever.

Rickets, made famous by Tiny Tim in Charles Dickens’ A Christmas Carol, has increased by 39 per cent between 2009 and 2010.

The disease, which can be caused by a vitamin D deficiency, leaves sufferers with brittle bones and skeletal deformities.

Despite being common in 19th century Britain, it was all but wiped out due to ongoing improvements in nutrition.

It is thought that a fear of contracting skin cancer could be making parents overly cautious about sun exposure, putting youngsters at risk of the condition.

As well as sun exposure, vitamin D can obtained by eating foods such as oily fish, egg yolks and liver.

In January 2017, a think-tank warned rising inflation means poor families are unable to afford nutritious foods to prevent the onslaught of the disease.

The form of arthritis, caused by a build-up of uric acid, a waste product of the body, famously afflicted Henry VIII and was rife in the Victorian era.

An ‘obesity epidemic’ and ageing population is behind the rise in gout in recent times, according to the UK Gout Society.

The rising numbers of people having unprotected sex has been blamed for an increase in syphilis.

Once a death sentence, the vast majority of those infected today are curable via penicillin injections.

Figures for the sexually transmitted infection have nearly doubled in the past eight years, from 2,646 to 5,217, according to Public Health England.

Scarlet fever, which causes a rash, jumped by 198 per cent in a year (stock)

The highly contagious disease causes a sore throat, fever and rash, which can occasionally lead to pneumonia if not treated promptly.

Although fatal in the Victorian era, the disease is restricted to no more than unpleasant symptoms if treated early.