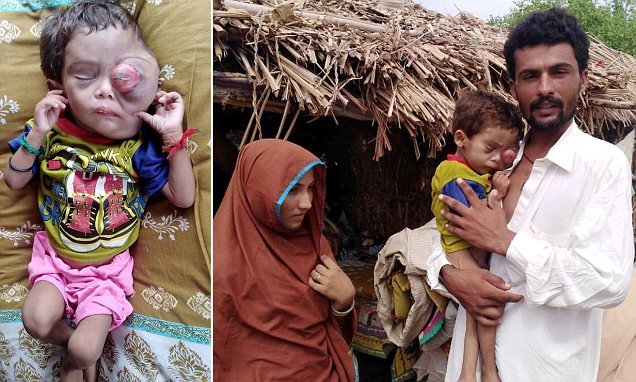 Muhammad Junaid, from a small village in Mirpur Khas, Pakistan, suffers from Retinoblastoma – a type of carcinoma that usually affects children under the age of five.

A mass has grown on Junaid’s left eye, affecting his vision, and now his parents are desperately waiting for help in order to get their only son treated. 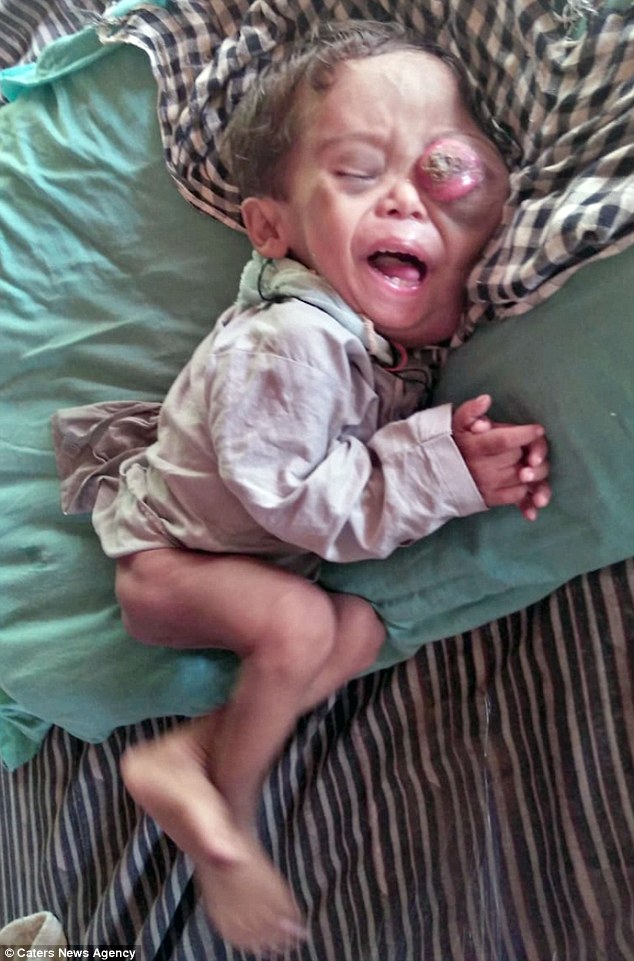 Junaid’s father, Arz Muhammad Dar, said: ‘Junaid was born as a normal baby. But as he turned one-year-old, he would crying incessantly. Then a mass started growing on his left eye.’

The parents took their son to a Hakim – a physician who uses traditional remedies.

‘The Hakeem gave some medicines that reduced his pain but the mass on his eye kept growing,’ says Muhammad, who works a daily wager and earns less than £2 a day.

‘We got worried about his health but we didn’t had money to take him to a hospital in Karachi.’ 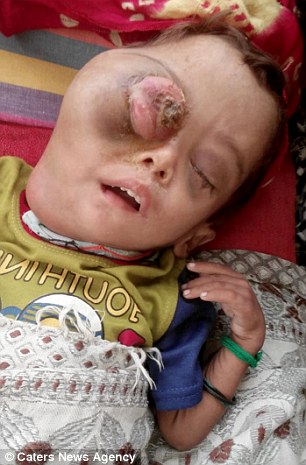 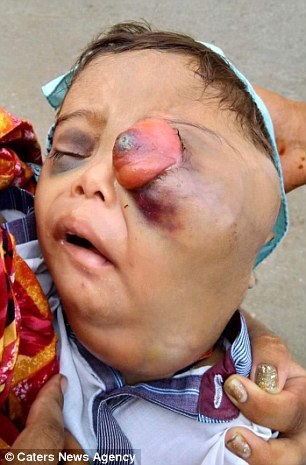 Daily battle: The youngster cannot see from his left eye, which is now consumed with the mass 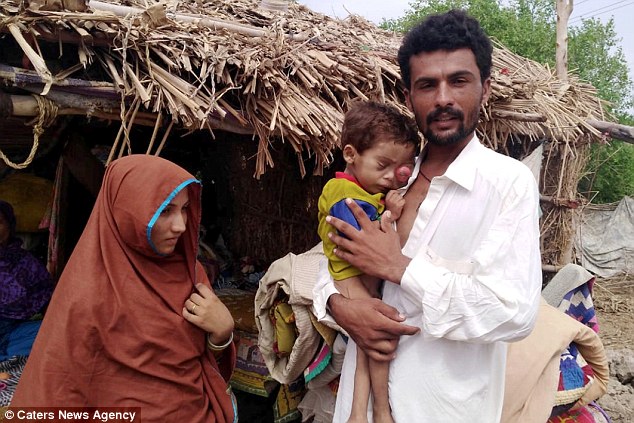 Muhammad’s father then gave him PKR5000 (almost £32) for Junaid’s treatment.

Together, he and his wife, Bilquis Dar, 22, travelled almost 150 miles by bus to take Junaid to the Jinnah Post Graduate Medical Centre in Karachi.

At the hospital, their world was turned upside down when doctors told them that Junaid is suffering from Retinoblastoma.

‘We were shocked when doctors said he has cancer,’ Muhammad added.

‘We slept on a footpath near the hospital for three weeks as we didn’t had enough money to rent a room. My wife sold her wedding ring that is how we stayed for three weeks. 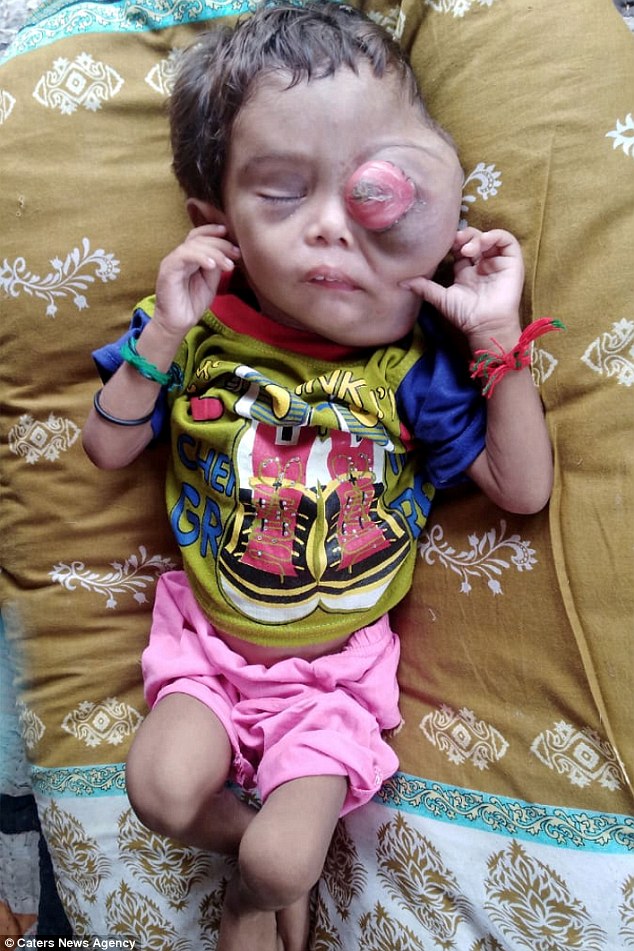 Medical assistance: Larger tumours, such as this, typically require chemotherapy or surgery 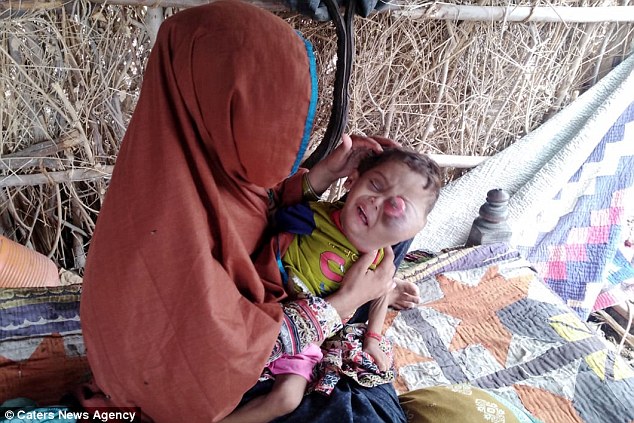 The boy’s mother, Bilquis Dar, 22, travelled 150 miles by bus to a medical centre in Karachi

WHAT EXACTLY IS RETINOBLASTOMA?

Retinoblastoma is a rare type of eye cancer that usually affects children under the age of five.

Retinoblastoma is a cancer of the retina – the light-sensitive lining at the back of the eye. It can affect one or both eyes.

In about 40 per cent of cases it is caused by a faulty gene – this can be inherited from the parents or may randomly develop.

‘But when the treatment wasn’t started even then and we were completely out of money, we had no choice but to come back to our village.

‘I request the government to come forward and help my poor son.’

A local social activist, Sarwar Jokhio, who saw the parents at the bus stand, has now started a fundraising campaign on social media for Junaid’s treatment.

‘They were heartbroken when I met them,’ he said.

‘I showed Junaid’s pictures to couple of my doctor friends who said that the boy is suffering from retinoblastoma and he needs to undergo treatment as soon as possible.

‘I have posted Junaid’s pictures on social media and I hope very soon we will accumulate enough funds so that he can be treated in a big hospital.’