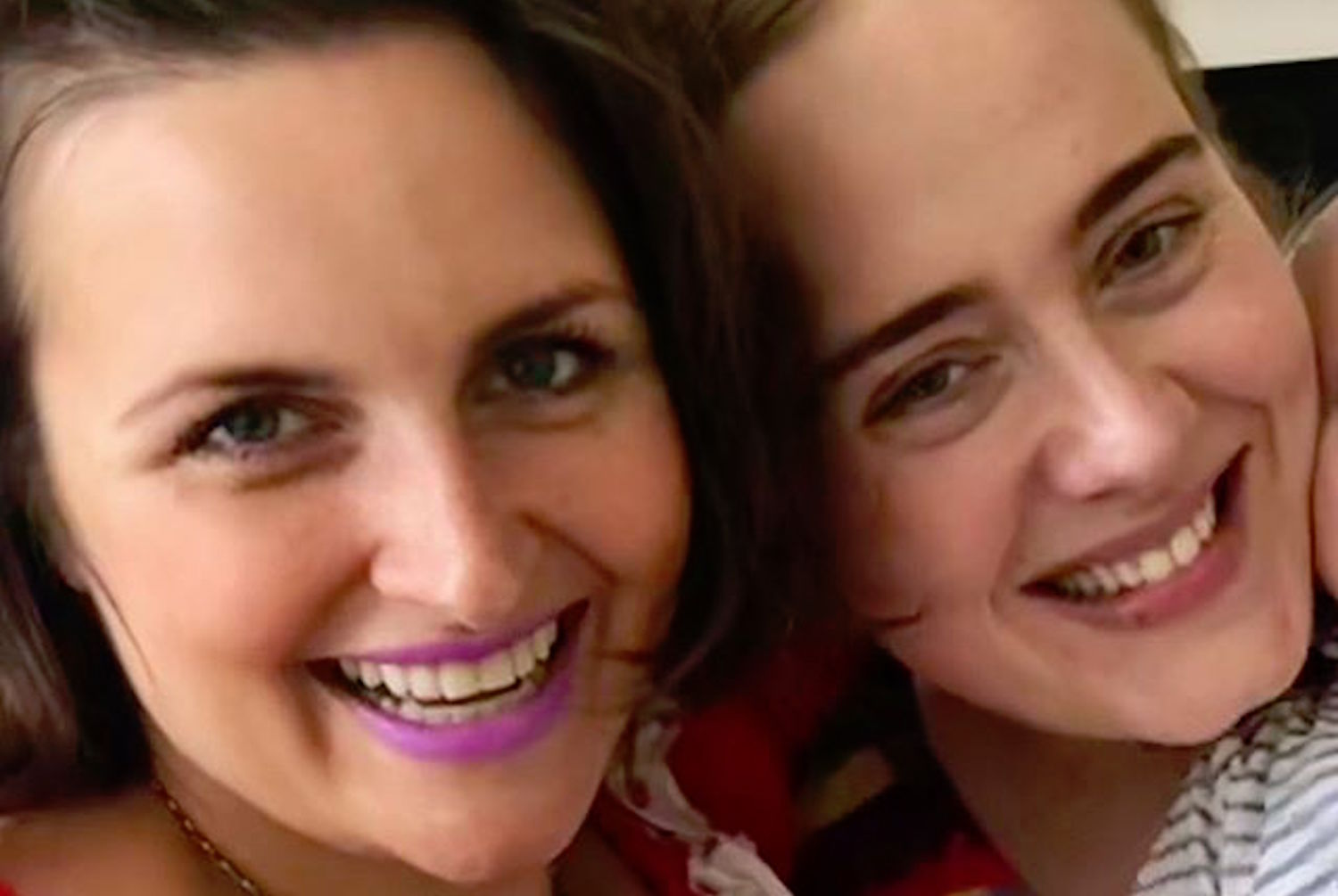 Adele has publicly shared a moving message for her best friend, Laura Dockrill, who has opened up about her heartbreaking experience with postpartum psychosis in a powerful blog post.

“This is my best friend,” the singer captioned a selfie of the pair. “We have been friends for more of our lives than we haven’t. She had my beautiful godson 6 months ago and it was the biggest challenge of her life in more ways than one.”

The 30-year-old shared a link to Laura’s “intimate, witty, heartbreaking and articulate piece” in which she details the worst time of her life.

“Since having my baby boy in February this year I’ve been suffering from and battling against postpartum psychosis,” Laura writes. “A rare and unpublicised illness that affects 1 in a 1000 women and is seen as a medical emergency (don’t worry I had never heard of it either until it tried to ruin my life).”

Laura says what began as postnatal depression and exhaustion, escalated into “a phase of what I can only describe as hell; mania, mood swings, insomnia, delusions, paranoia, anxiety, severe depression with a lovely side order of psychosis.”

After a “dream” pregnancy and no history of mental illness, Laura went through a “horrific” and “traumatic” labour, which her doctor believes might have triggered the condition.

“The second I got home and into bed I was drenched in this terrifying overwhelming sense of fear and dread… I felt like I was dying. My breath was short and tight, my heart was pounding out of my chest and my stomach churned. I turned to my partner Hugo and said ‘something’s not right with me, I don’t know what it is but I’m not ok.’ I refused to believe I had Postnatal Depression because I didn’t feel ‘depressed.’”

She says it was ignorance and denial to drove her to continue, even though she knew she was struggling.

“I thought that time would heal. We pushed through the next few weeks but I knew I wasn’t right.”

Despite her friend’s well meaning advice, Laura knew it went far beyond the baby blues.

“I was a ticking time bomb waiting to explode… I went from wanting to do everything for my little boy to completely ignoring his cries… I started getting severe anxiety attacks believing I was having a heart attack, that my stitches would split in the night, that my baby was going to die because he was so small and if I didn’t feed him 24/7 it would be all my fault. That I was a terrible person and an awful mother.”

“My family would just reassure me over and over again but I couldn’t take anything in. I was a broken record on repeat bullying myself. I can’t even describe the quality of the feeling, just this ugly shade that shadowed over my head and completely consumed me.”

Her psychosis then took a dark turn.

“I still can’t exactly work out what exactly happened or what form it took on, all I know is I was completely terrified, lost, confused and scared for myself and my son and that I didn’t trust ANYBODY – I even accused Hugo of kidnapping our baby.”

Laura says that her intervention was the worst night of her life.

“I was hospitalised for 2 weeks away from my son, bleeding from birth, breasts leaking milk and fully out of my head. I had no idea where I was. I would sit in group therapy all day every day feeling like my baby had been torn out of my arms. My personal compass had gone, my maternal instinct had vanished. I forgot who I was to the point that Hugo would have to send me photos of myself and my friends and family to remind me who I was.My sister would record voice notes on my phone to try and trigger my memories.”

Laura says that she tried to hide her illness from friends and family because she was so filled with shame and guilt, but talking about her experience had been a huge part of her recovery.

“I was constantly searching for any stories that offered me hope or salvation in this dark and testing time so that’s why I’ve shared this and to raise awareness of this awful sickness and to confront the stigma attached to postnatal depression and the pressure put on women to become mothers.”

“Now with the support of my family, an incredible psychiatrist, medication (which I really hated the idea of taking but now recognise them, for me, as necessary and I am grateful to whoever invented them) and psychotherapy I am healed and recovering more and more each day.”

“Mamas talk about how you’re feeling,” Adele concluded. “Because in some cases it could save yours or someone else’s life.”