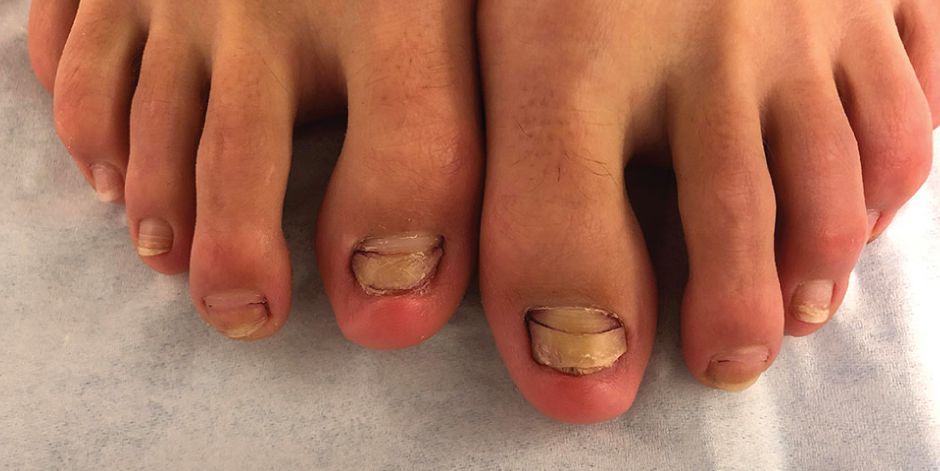 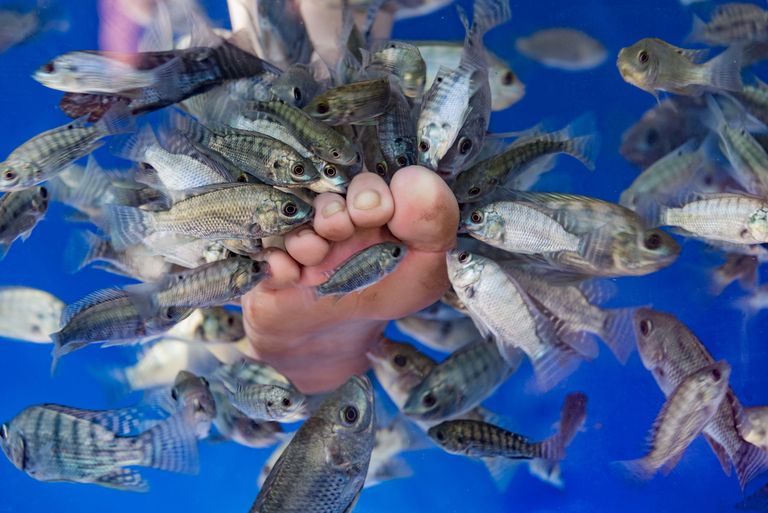 Um, apparently fish pedicures are still a thing (shout out Kim Kardashian circa 2013)—and one actually made a woman’s toenails fall off.

That’s according to a crazy new report published in JAMA Dermatology, which details the case of a 20-something woman with a “six-month history of abnormal toenails.” The usual toenail offenders didn’t apply (running, a foot or toenail injury, a nail disorder), but she did reveal she had a fish pedicure in the months before her nail problems began.

As the authors of the study point out, the practice can be legit: Research shows fish pedicures can be used to reduce plaques from psoriasis—the fish will basically eat the plaque while ignoring healthy skin.

People also claim that fish pedicures will give you really smooth, fresh-smelling feet, but as the study authors point out, those claims are unfounded.

Back to this poor woman: Doctors eventually discovered that she’d developed onychomadesis, a condition where the nail plate separates from the tissue under your nail, halting its growth. That’s basically what made her nails start to fall off.

“To my knowledge, this is the first case of onychomadesis associated with a fish pedicure,” writes author Shari R. Lipner, M.D., Ph.D. a dermatologist at Weill Cornell Medicine. She adds that, though it’s unclear why this happened, the fish bites may have caused trauma to the nails, forcing them to stop growing.

Study authors also point out that fish pedicures are actually super risky. For one, fish (and fish tubs) can’t be properly sanitized between pedicures (and are often reused), which makes transmitting infections between people a very real possibility. A few people have even reported Staphylococcus aureus infections after fish pedicures.

Another fish-pedi red flag: They’re banned in more than 10 states in the U.S., because of those sanitation reasons. And even if you think you’re getting a fish pedicure, the swimmers may not be actual “doctor fish,” but rather another breed of fish, Chinese Chinchin, which are often mislabeled as Garra rufa—except they have teeth and draw blood, according to the Centers for Disease Control and Prevention.

Oh, and these fish have to be starved in order to get them to eat human skin, per the CDC, which is pretty inhumane.

So yeah, definitely skip those fish pedicures—a traditional one will get your feet sandal-ready just fine.

Previous: The Ultimate Beginners Guide To Training For A Marathon
Next: Stop Knee Pain In Its Tracks With This Simple 15-Minute Routine
Pet Care News