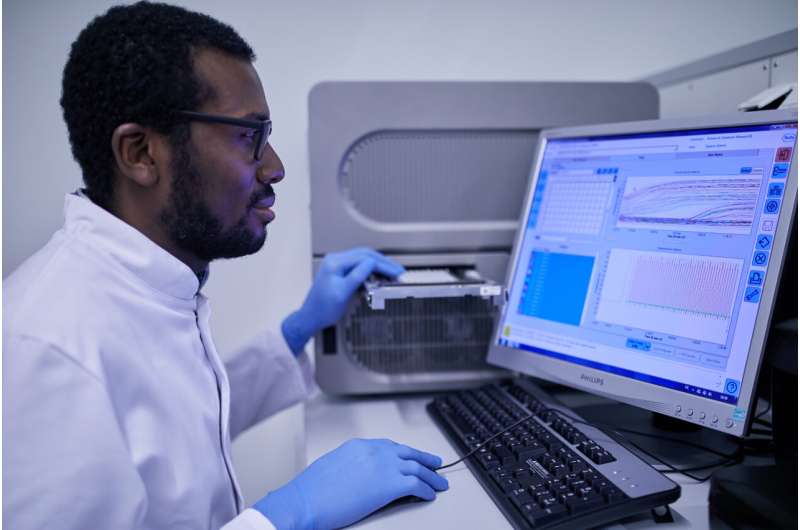 First discovered a year ago in South Africa, the SARS-CoV-2 variant later dubbed “omicron” spread across the globe at incredible speed. It is still unclear exactly how, when and where this virus originated. Now, a study published in the journal Science by researchers from Charité-Universitätsmedizin Berlin and a network of African institutions shows that omicron’s predecessors existed on the African continent long before cases were first identified, suggesting that omicron emerged gradually over several months in different countries across Africa.

Since the beginning of the pandemic, the coronavirus has been constantly changing. The biggest leap seen in the evolution of SARS-CoV-2 to date was observed by researchers a year ago, when a variant was discovered that differed from the genome of the original virus by more than 50 mutations. First detected in a patient in South Africa in mid-November 2021, the variant later named omicron BA.1 spread to 87 countries around the world within just a few weeks. By the end of December, it had replaced the previously dominant delta variant worldwide.

Since then, speculations about the origin of this highly transmissible variant have centered around two main theories: Either the coronavirus jumped from a human to an animal where it evolved before infecting a human again as omicron, or the virus survived in a person with a compromised immune system for a longer period of time and that was where the mutations occurred. A new analysis of COVID-19 samples collected in Africa before the first detection of omicron now casts doubt on both these hypotheses. 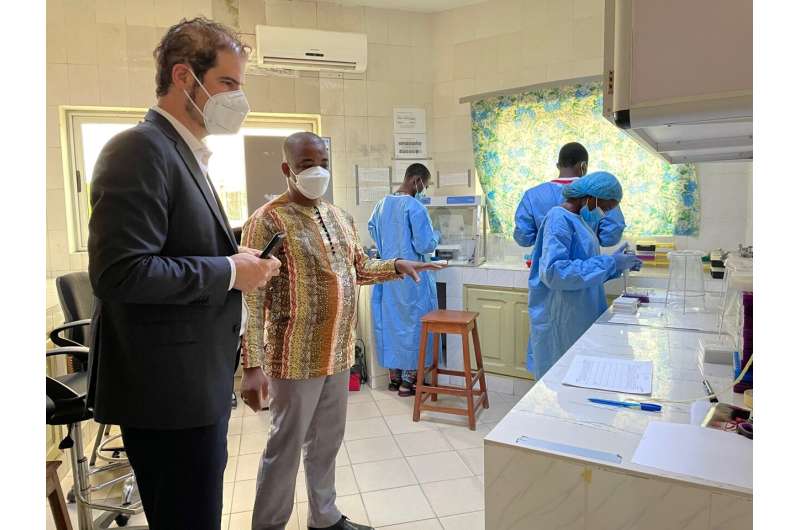 The analysis was carried out by an international research team led by Prof. Jan Felix Drexler, a scientist at the Institute of Virology at Charité and the German Center for Infection Research (DZIF). Other key partners in the European-African network included Stellenbosch University in South Africa and the Laboratory of Viral Hemorrhagic Fever (LFHB) in Benin.

The scientists started by developing a special PCR test to specifically detect the omicron variant BA.1. They then tested more than 13,000 respiratory samples from COVID-19 patients that had been taken in 22 African countries between mid-2021 and early 2022. In doing so, the research team found viruses with omicron-specific mutations in 25 people from six different countries who contracted COVID-19 in August and September 2021—two months before the variant was first detected in South Africa.

To learn more about omicron’s origins, the researchers also decoded (or “sequenced”) the viral genome of some 670 samples. Such sequencing makes it possible to detect new mutations and identify novel viral lineages. The team discovered several viruses that showed varying degrees of similarity to omicron, but they were not identical.

“Our data show that omicron had different ancestors that interacted with each other and circulated in Africa, sometimes concurrently, for months,” explains Prof. Drexler. “This suggests that the BA.1 omicron variant evolved gradually, during which time the virus increasingly adapted to existing human immunity.” In addition, the PCR data led the researchers to conclude that although omicron did not originate solely in South Africa, it first dominated infection rates there before spreading from south to north across the African continent within only a few weeks.

“This means omicron’s sudden rise cannot be attributed to a jump from the animal kingdom or the emergence in a single immunocompromised person, although these two scenarios may have also played a role in the evolution of the virus,” says Prof. Drexler.

“The fact that omicron caught us by surprise is instead due to the diagnostic blind spot that exists in large parts of Africa, where presumably only a small fraction of SARS-CoV-2 infections are even recorded. Omicron’s gradual evolution was therefore simply overlooked. So it is important that we now significantly strengthen diagnostic surveillance systems on the African continent and in comparable regions of the Global South, while also facilitating global data sharing. Only good data can prevent policymakers from implementing potentially effective containment measures, such as travel restrictions, at the wrong time, which can end up causing more economic and social harm than good.”