At her heaviest, travel agent Doina Nicutescu tipped the scales at 24st and wore size 26 clothes.

Despite visiting 50 countries, the 39-year-old’s frame spoiled the experience of travelling and made flying a “complete nightmare”.

Doina began her weight loss after being forced to steal a seatbelt extender when a airline hostess embarrassed her for asking for one.

Now since the horrific incident onboard, the Australian from Sydney has lost a whopping 12st and dropped eight dress sizes.

She said: “I’ve always had that passion to travel but seeing the world as an obese person made the experience so much harder than it should have been.

“Even just flying on an aeroplane is a totally different experience when you’re obese. The seats in economy are so small, and you’re spilling out everywhere and the arm rests could never be properly lowered between us.

“I could feel other passengers getting annoyed when I’d be seated next to them. One time, I was walking down the aisle to use the restroom and heard one person laugh and say, ‘I doubt she will even fit in there’.

“The regular seatbelts never fit around me, so I’d always have to ask for an extender. Usually the flight attendants were discreet, but one time a woman yelled out ‘here’s your seatbelt!’ and held it up for everyone to see as it unravelled.

“I was so embarrassed and decided to just take it with me when I left the plane, so I’d never have to ask for it again. When I became too big to sit comfortably in economy seats, I decided to only fly in business class and save myself the anxiety.” 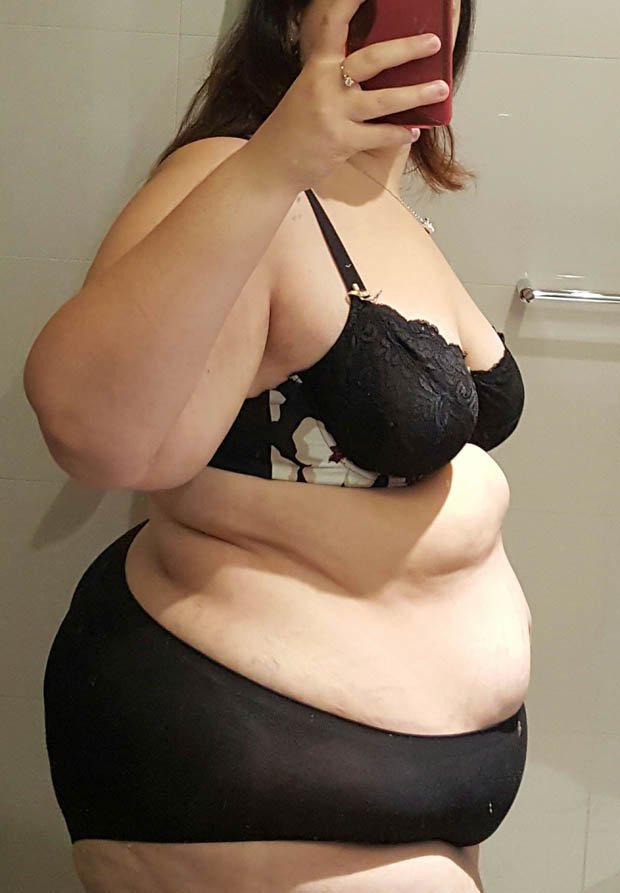 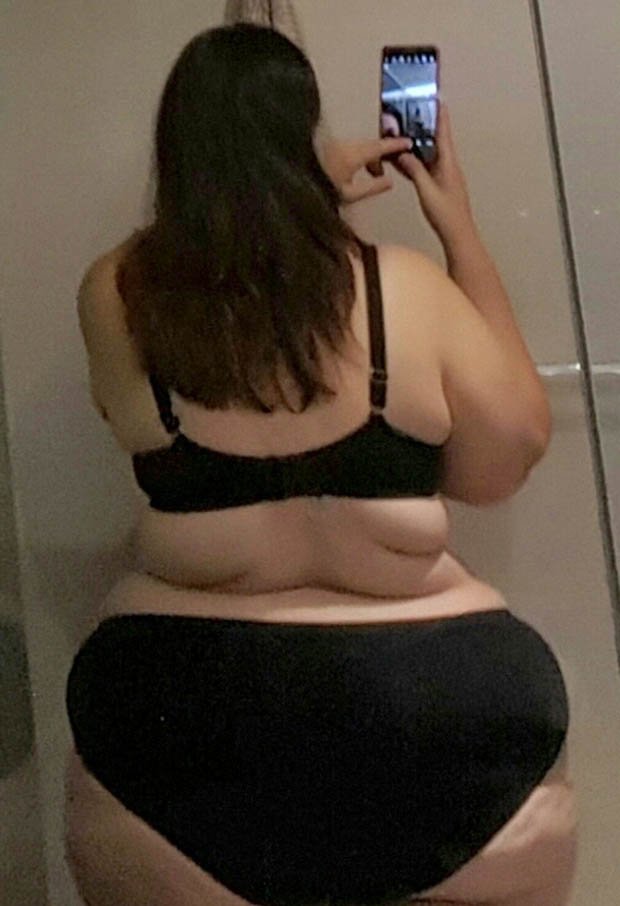 While Doina said she did not eat “too badly”, she explained that her food choices were not the best and she had a problem with portion sizes.

She added: “The hardest thing about being overweight is everyone assuming you’re a total pig and always binging 24/7. It wasn’t like that at all, but I always felt like everyone was judging every bite I took.

“I was once in line to get sushi here in Sydney, and I had a woman approach me and say ‘looking at the size of you, don’t you think you should be having a salad for lunch?’

“She looked totally disgusted by me. It was really shocking and hurtful.” 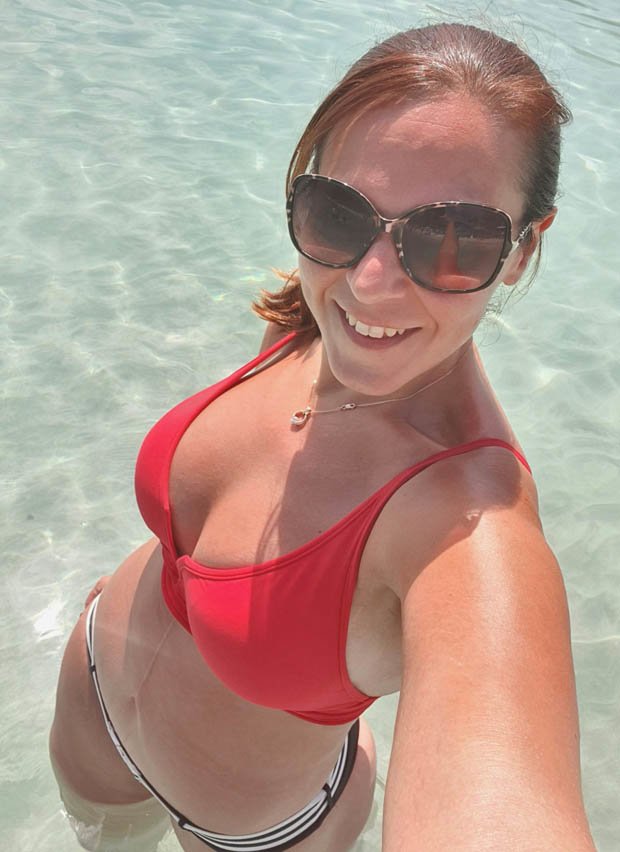 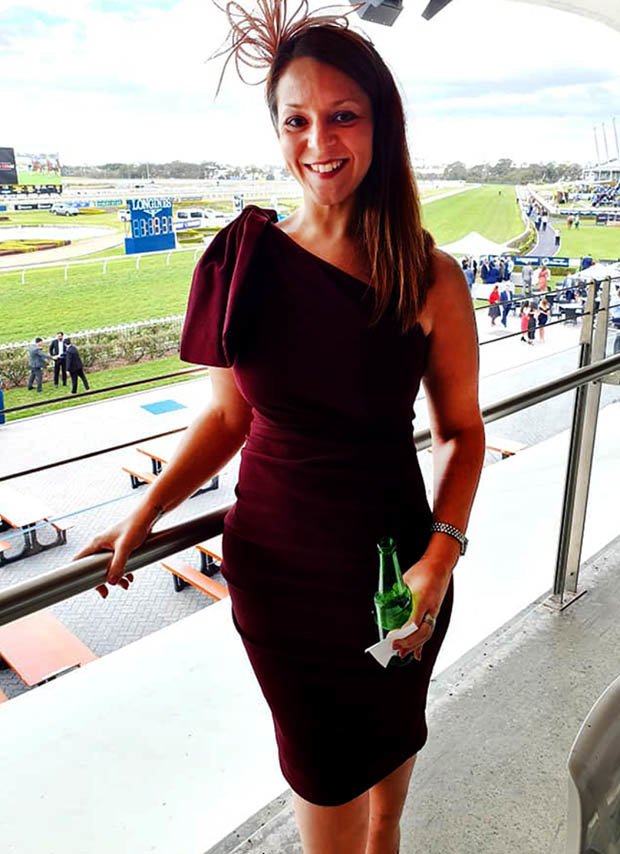 Although she tried different diets in the past, Doina said she never had any long-term success with them and would pile on weight after stopping.

After feeling like nothing was working to help her lose weight, she sought help from her doctor and decided to undergo gastric sleeve surgery in May 2016.

Doina managed to lose an incredible 9st 6lbs in the first year following her surgery and the remaining 2st 7lbs over the next year.

After losing half her body weight, she was left with a lot of loose skin – but after undergoing a lower body lift, an arm lift, a breast lift, inner thigh lift and liposuction, she now has the body of her dreams.

She concluded: “My life has totally changed, and travelling has become an entirely different experience for me now.

“If I ever fly business these days, it is purely as a treat rather than a necessity.

“Since losing the weight, I’ve been to Hong Kong, Fiji, the Caribbean, Thailand, Malta, Portugal, Miami and Dubai.

“I’ve done things I could never do before, like swimming in a bikini, going snorkeling and riding a camel. It’s been amazing.”

Previous: Bounce your way to a toned bum and thighs with this rebounding workout
Next: Gynaecologists slam ‘vagina spa’ that is coming to the UK
Related posts
Pet Care News