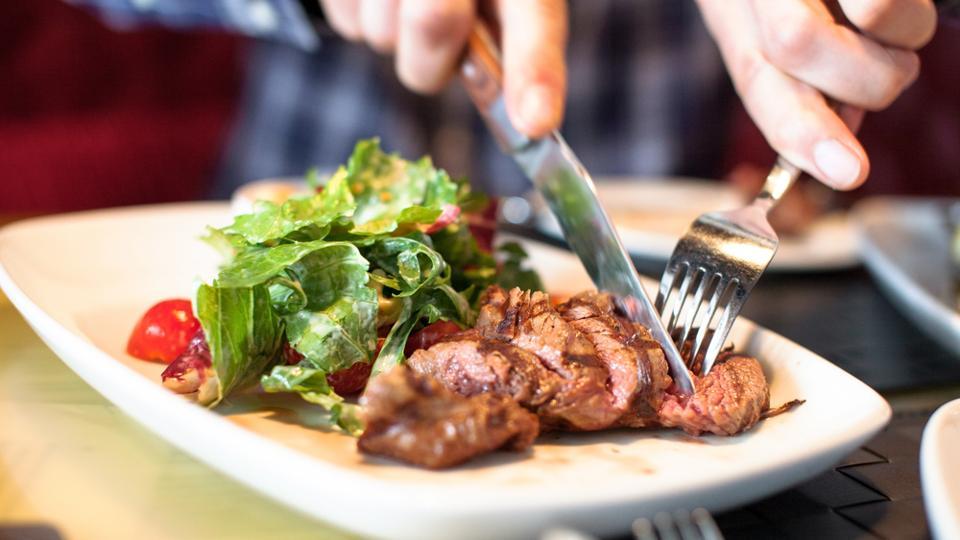 Home » Fitness » Why eating meat is now controversial in France

In the land of boeuf bourguignon and steak-frites, eating meat is turning controversial. Even selling it is becoming dangerous. The vegan and animal welfare wave hasn’t spared France, where butchers and slaughterhouses are increasingly coming under attack. The French butchers’ lobby this week sought police protection after vegan activists stoned a butcher’s shop on Sunday. This followed incidents in April when some meat-selling shops were doused in fake blood.

“French consumers are finally waking up, decades after everybody else,” said Geoffroy Le Guilcher, author of a book on slaughterhouses and the publisher of another on animal rights activism. “A new generation of activists is making people realise that even in the land of meat, there is very little that makes the case for having it.”

While countries such as the US are immersed in debates about lab-grown or “fake” meat, the French are only starting to envisage life without animal protein. Animal welfare, promoted by prominent figures such as former actress Brigitte Bardot or pet magazine 60 Millions d’Amis (60 Million Friends) have long lacked wide support in France. Cruelty is still sometimes presented as an unavoidable path to fine gastronomy, for example, with foie gras, which involves force-feeding geese and ducks.

The treatment of animals at some abatoirs in the country has made headlines from time to time. But with the animal-products industry generating 26 billion euros ($30 billion) in annual revenue and employing thousands of people across the country, these concerns have been soon forgotten.

Organisations such as L214, created in 2008, seek to change that, with spectacular actions, including video-taping and releasing on social media evidence of animal mistreatment to create awareness. The group now employs over 40 people and is regularly joined by hundreds of supporters to implement actions.

On a different front, Greenpeace, which pushes for vegetarian meals in school cafeterias, recently released a report showing that most of them in France offer meat at each and every meal, bringing the daily protein level for pupils way above the recommendations of the national agency for food safety.

In a country where chefs and nutritionists alike have scorned the idea of a meatless meal since WWII, the surge in animal rights activism to try and convince more consumers to become vegetarian or vegan has triggered some outcry.

In a letter sent to the interior ministry last month, France’s CFBCT, which represents butchers, said it was worried about media attention to vegan habits and about increasing violent acts against meat vendors. A butcher’s shop window was stoned on Sunday night in the Paris region and tagged with a sign that read “stop speciesism” to denounce the exploitation of other species by mankind, Le Parisien reported. In April, seven meat shops were doused with fake blood in the northern Hauts-de-France region while another and a fishmonger suffered broken windows, according to Agence France-Presse.

Five animal rights activists were fined near Paris on Tuesday for storming a local slaughterhouse in April, trying to block operations and taking pictures in a protest staged by the group 269 Liberation animale. Members of another group, L214, have already been fined for getting into the same slaughterhouse and filming the gassing of pigs there in 2016.

The front page headline for the newspaper L’Opinion this week read “Welcome to Veganistan”, characterising vegan and vegetarian promoters as “a threat to freedom rights”.