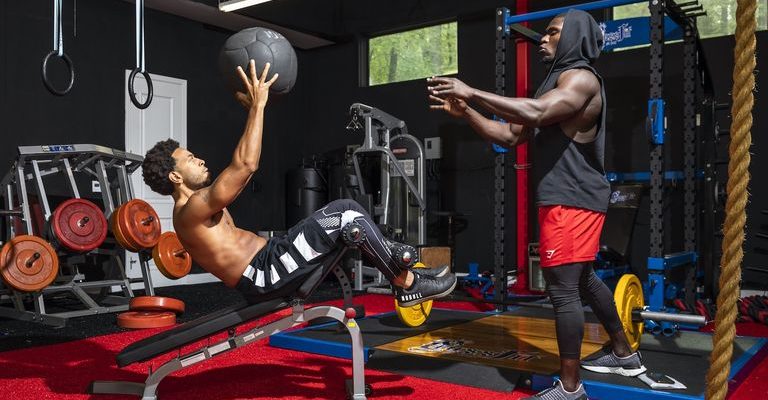 Chris Bridges is still doing pushups. A few minutes ago, he was doing classic reps, and then he was gritting out

T pushups: pressing upward, then shifting into a side plank. Now he’s doing one more variation, a snake pushup, meant to stretch his spine as it builds his chest and triceps.

Sweat forms a sheen on Bridges’s forehead, but the man you know better as rapper-actor Ludacris doesn’t stop. “No matter how many pushups I do,” he says, “even when I don’t want to do them anymore, that’s like the only exercise I don’t mind doing.” His voice rises to the frenetic, staccato 11 you remember from bangers like “Rollout (My Business)” and “Southern Hospitality.” “Until I cannot. Fucking. Do. Them. Anymore.”

On this morning in Atlanta, Bridges will spend two hours in his garage gym pushing himself to that place on everything from bodyweight moves to bench presses to isometric holds. And yes, it crushes his muscles, but the way Bridges, 43, sees it, by pushing himself six days a week, he earns the right to enjoy life, even if that wrecks his physique just a bit. “My goal isn’t to look like the most ripped, biggest guy in the gym,” he says. “I just want to be functionally right in between the man that works out hard, but that motherfucker drinks beer and whiskey on the weekends.” 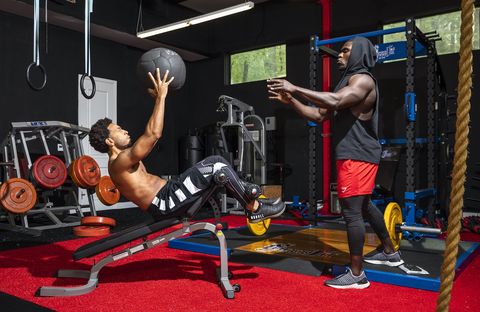 So he sets aside all distractions, trudges out to his personal muscle palace, and attacks challenges from trainer George Bamfo Jr. When Bridges isn’t filming movies like F9—the ninth entry in the Fast & Furious franchise, which is out now and costars the guy on our latest cover—he spends most of his workday juggling and evaluating music and upcoming film and TV projects. Right now, all his devices are back in his kitchen. He’s focused. “If I get a text or email or phone call,” he says, “it just fucks up the consistency [of the workout].”

Bridges knows that consistency is key, because he spent the start of his career without it. He rose as a rapper in the early 2000s, buoyed by a string of hit singles, then appeared as mechanic Tej Parker in the second Fast & Furious installment, in 2003. But as his star grew brighter, traveling and touring destroyed any semblance of discipline. “One day, I happened to look down, and there was a gut just looking back at me,” he says. “I was like, ‘There’s no way; where did that come from? I have to get rid of this.’”

He started doing one-hour sweat sessions a few days a week. Then in 2019, while prepping for F9, he met Bamfo, who instituted his current grind. “On day five or six, before you get that rest day,” he says of training with Bamfo, “that’s when it’s hell.”

Bridges relishes all of it. His eyes narrow as he grabs a pair of gymnastics rings hanging overhead and hoists his 175-pound body upward. Tightening his core, he lifts his legs
in a straight line, a devastating gymnastics skill called an L-sit. “We never worked on this stuff,” says Bamfo. “As he’s gotten stronger, he was able to do this.”

Bridges shows off that strengtht hroughout this workout, following those L-sits with decline situps and bench presses. He finishes the session with ten rounds of 30-second treadmill sprints, resting just 30 seconds between each. When it’s all over, he’s drenched in sweat—and ready for a few six-pack-wrecking ice-cold beers. “I’m more of a four-pack kind of guy,” he says. “Save the other two packs for Friday and Saturday nights.” 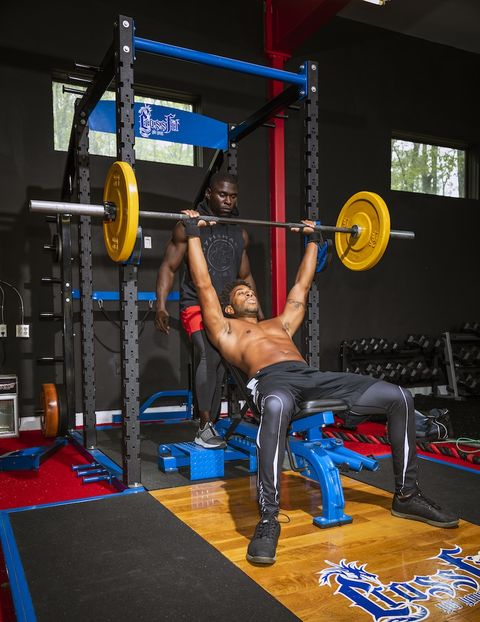 Get an epic, equipment-free chest pump by taking on Bridges’s favorite all-pushups triset. Do 3 sets of 10 reps for each move, resting 30 seconds between each set.

Start with classic reps, focusing on keeping your abs and glutes tight.

Shift into a side plank and reach for the ceiling after each pushup rep.

Start standing, then walk your hands into pushup position.

A version of this story originally appears in the July/August 2021 issue of Men’s Health, with the title “6 a.m. with Ludacris”.