When Olivia Colman is involved in a project, the filming is always a blast. (Remember the jolly behind-the-scenes snaps from The Crown?) Colman, in true form, also brought her famously upbeat spirit to the set of The Lost Daughter, which marks Maggie Gyllenhaal's directorial debut.

Co-star Dakota Johnson recently revealed in an interview with Town and Country that she gave Colman her first tattoo on the promo trail. "Maybe it was me being completely seduced by this gorgeous person and wanting her to think I was cool," Colman said of the inking process. "Or maybe it was my midlife crisis." 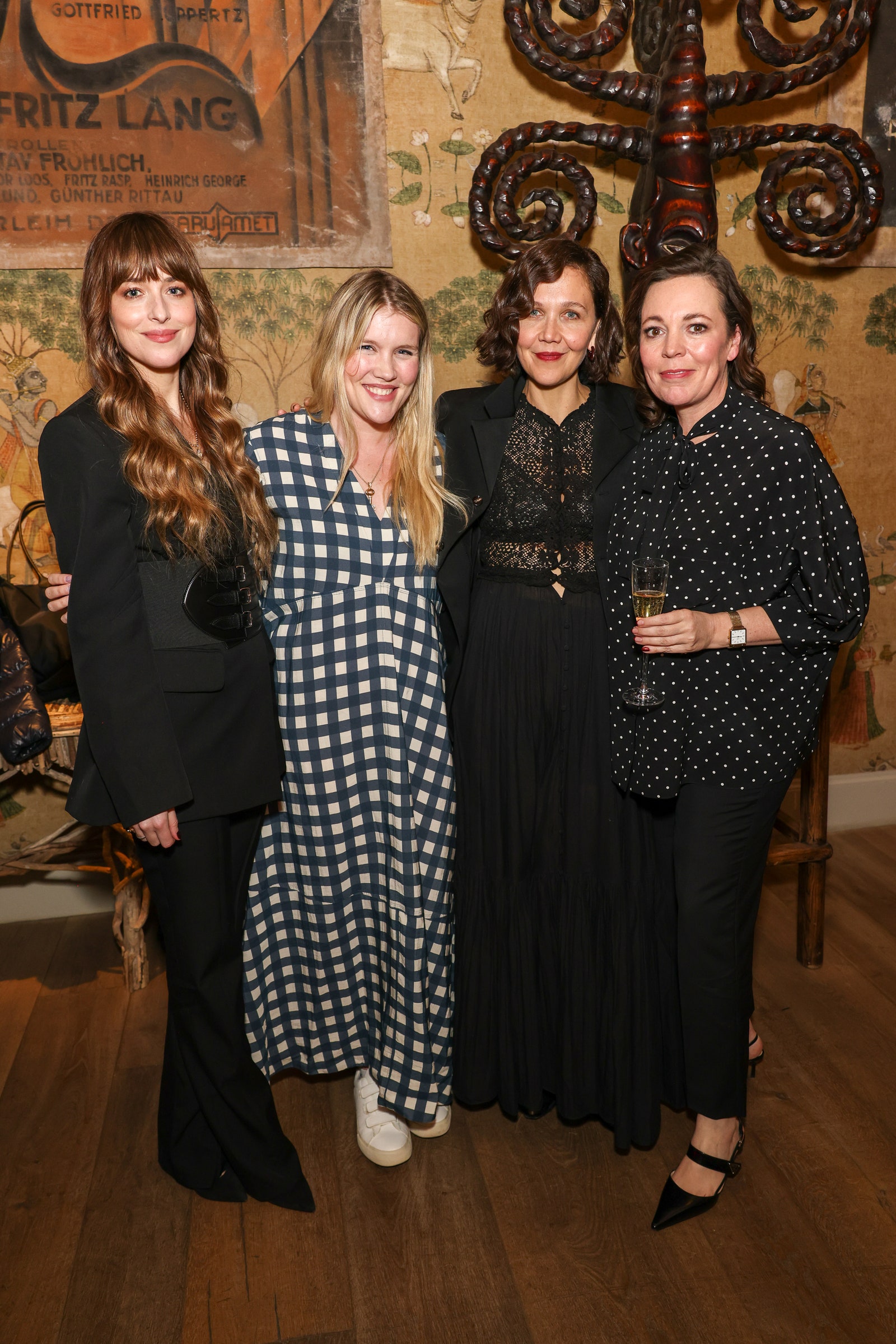 The women have had quite the hoot, it turns out. "Dance parties" have brought joy to the press tour, with Gyllenhaal assuming the role of DJ on numerous occasions. The trio has also dressed the part in every city they've visited. For the Gotham Awards – where The Lost Daughter scooped up three top prizes – Dakota wowed in a black Schiaparelli dress, while Gyllenhaal glistened in a sequined Rodarte gown. Over in London, at a special screening, the three women delivered sleek work-meets-play looks. 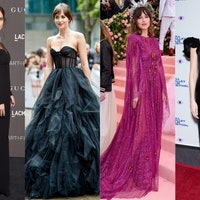 True to form, Dakota most recently wore a chic black suit. Her stylist Kate Young provided a "little bit of fashion" with a belted Alaïa jacket from the brand's spring/summer 2022 collection. Colman wore a pretty polka-dot Prada blouse, smart trousers and slingbacks, while Gyllenhaal opted for a lacy semi-sheer dress and blazer.