Home » Pet Care » Eleven-Year-Old Hailey Has A New Leash on Life—and a New Person to Share It With!

“It’s actually a pretty crazy story,” says Barrie A. about how she met her dog, Hailey. “We got to a point where it didn’t really feel like a choice.”

After seeing lots of dogs around her neighborhood, and knowing she was at a point in her life where she could provide a stable home, Barrie signed up to become an ASPCA foster caregiver in New York City. It took about a year before Barrie was able to find a foster dog that was a good fit in terms of having the space in her apartment, but in July 2021, Barrie met Hailey.

“When I read about Hailey, they used the term ‘long-term foster,’ and I didn’t really know what it meant to take on an elderly dog with some other needs. But to be honest, because this was my first time fostering and because I’ve never had a dog before, everything was new,” explains Barrie. 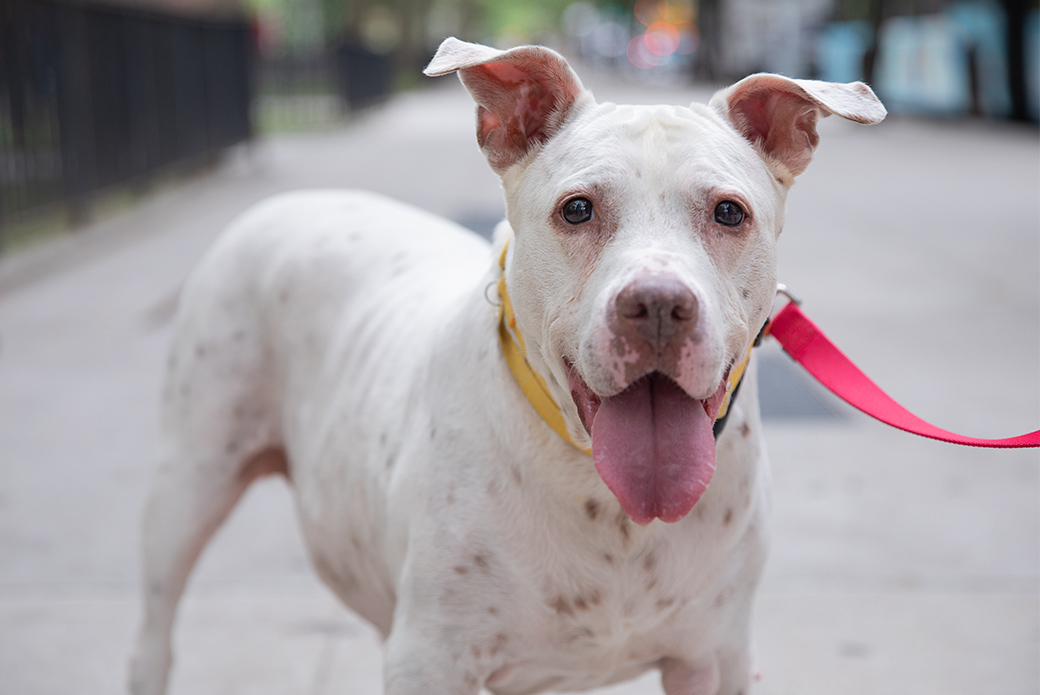 Hailey, an 11-year-old white and brown pup, came into the ASPCA Animal Hospital (AAH) after being transferred to us from the Animal Care Centers of NYC.

“It was noticed that Hailey had elevated kidney values, mild anemia (low red blood cell count) and some masses,” explains Dr. Sylvia Lesnikowski, Director of Internal Medicine and Clinical Research at the AAH. “Hailey had an ultrasound of her abdomen which showed debris in her bladder, which was concerning for a urinary tract infection. Additionally, there was evidence this infection spread to her kidneys, as well as some more chronic changes in her kidneys consistent with chronic kidney disease. She had acute-on-chronic kidney disease, meaning she had underlying kidney disease and then developed a kidney infection which made it worse.”

It’s important for animals like Hailey undergoing medical treatment to have the care and comfort of a foster home so they can heal in a calm environment. When she wasn’t undergoing surgery to remove her masses, Hailey was under Barrie’s care.

“I was meant to really create that stable home between surgeries,” Barrie recalls. “Initially it was about three weeks, so she came and stayed with me for three weeks and then went back for some doctor appointments. We learned more each time and so it was about six or seven ‘back-and-forth’s’ from July to November.” 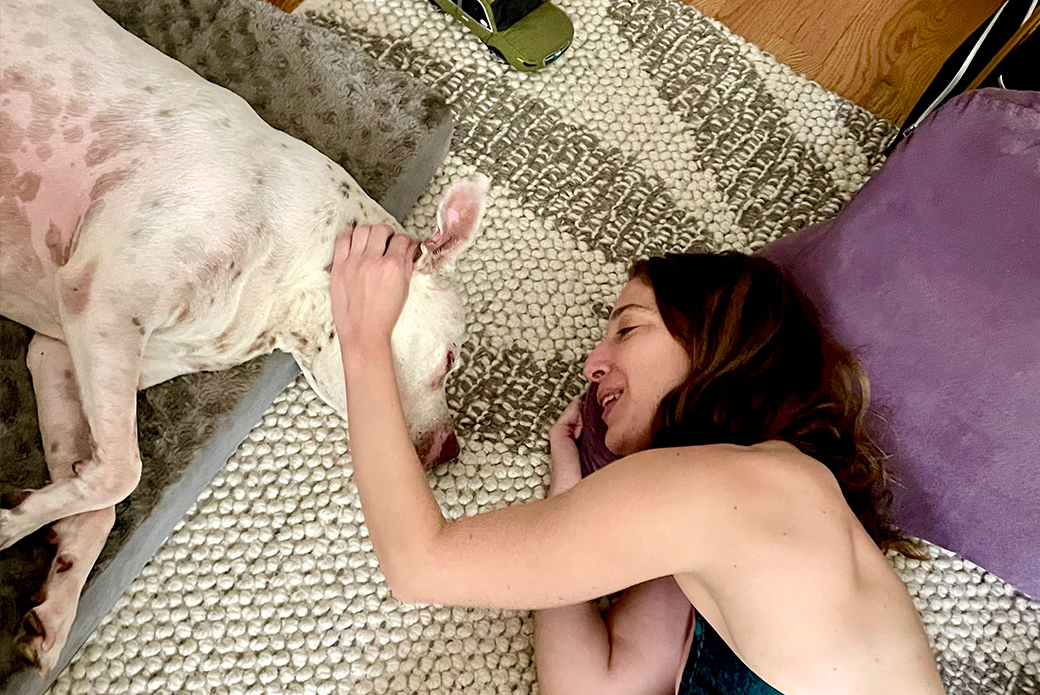 Though this was Barrie’s first time fostering a dog, and more specifically a senior dog with medical conditions, Barrie was diligent in keeping up with Hailey’s care.

“When I started to foster Hailey, the ASPCA and I were learning together, it was this really beautiful co-parenting situation,” says Barrie. “I would learn a lot about her behavioral patterns at home and then they could give me insight and say, ‘Oh, maybe she’s lethargic’ or ‘Maybe something’s wrong because of X Y and Z.’ So, we were kind of piecing together this puzzle.”

But Barrie was so much more than just a puzzle-solver for Hailey.

“I think the hardest part about this, very candidly, was knowing medically nothing was certain and that she was diagnosed with something serious,” says Barrie. “But I wanted to foster and provide love in new terms. There were really tough moments and times of uncertainty, but I tried to reframe what my role in her life would be and what her role in my life was, so she would come here and she could just relax. I got to be this respite for a while.”

After months of getting to know one another and creating a truly stable home for Hailey, Barrie felt she couldn’t let Hailey go.

“I think we got to a point where it didn’t feel like a choice. We had done a lot of back and forth and we were both really connected. Then I actually had an emergency and was in the hospital and when I came back and Hailey wasn’t there, it really felt empty in a way that it hadn’t before. So, I knew that when she came out of surgery, I really wanted her to come home.” 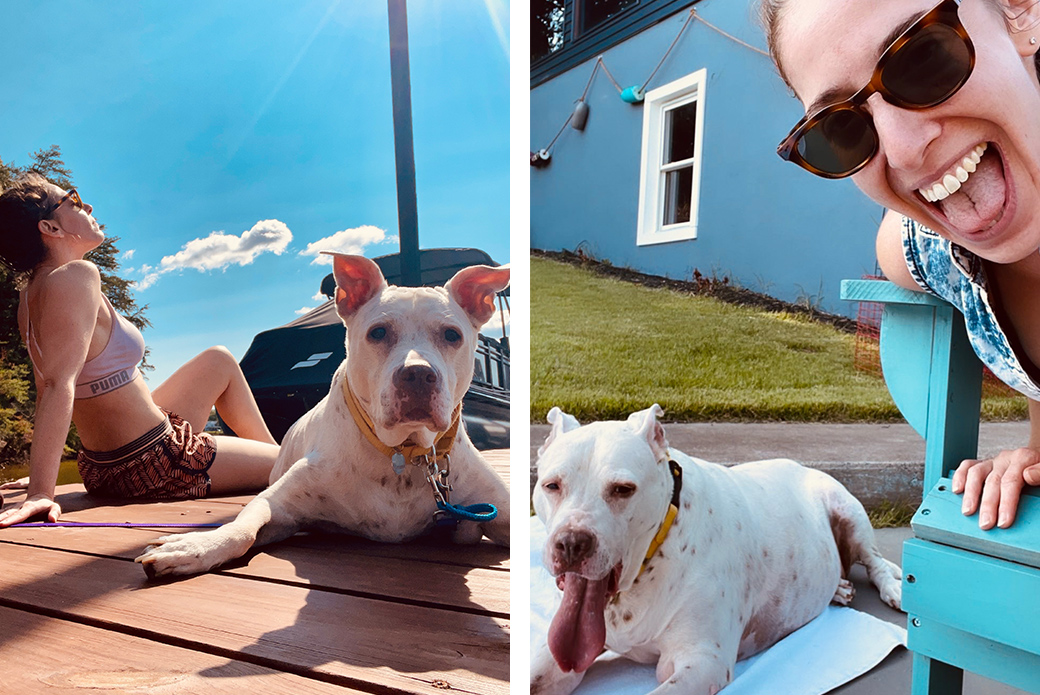 “We had a saga together, you know?” Says Barrie. “She had to go through a number of surgeries. From July until late November, when I ultimately adopted her, she had two lumpectomies and had this whole kidney saga. By the time she was really healthy and cleared, it was time to celebrate, and I felt like: ‘Well, she already has a home so I’m not giving her back!’”

Now at about a year in her home, Hailey is the most popular girl on her block. Barrie lives in a tight knit community, so all of her neighbors know Hailey and her 13-year-old neighbor even watches Hailey when Barrie isn’t home.

“She’s just kind of the family dog for the block. There’s really not a dog or person that she isn’t friendly with,” says Barrie.

Like most dogs, however, it did take time for Hailey to get to this friendly and open place.

When Barrie first started caring for Hailey, she was really anxious, following Barrie to every room she went in—even the bathroom to make sure she wasn’t leaving her.

In order to make sure Hailey knew Barrie wasn’t abandoning her, she would scaffold her separation so she wasn’t gone for too long but would still allow time for Hailey getting used to being alone without being scared. 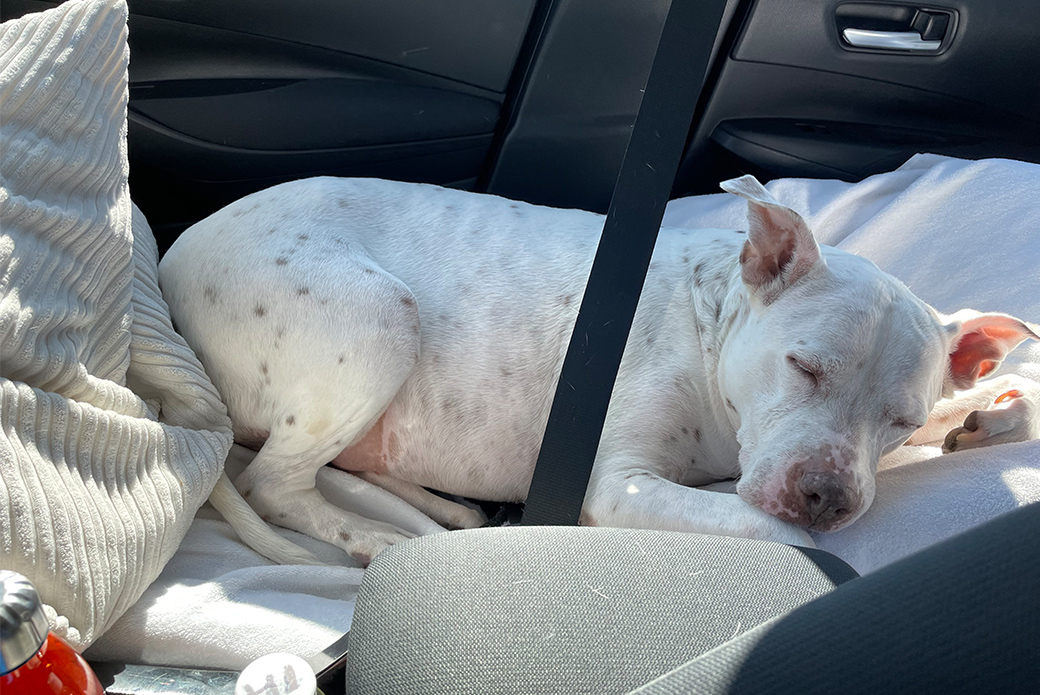 “Over time, the anxious attachment really grew into trust because she knew I was coming back,” Barrie says. “Now her attachment is a lot more intentional, and she knows how to play by herself. She’s not as scared and she fits in really well here—she really fits in anywhere!”

Who Says You Can’t Teach an Old Dog New Tricks?

Having been through a lot over the last year or so, Hailey has proven to be the resilient dog everyone knew she was. She has also gotten more confident and even a little sassy!

“Around Christmas time, I was over at a friends and Hailey came with me,” Barrie recalls. “We were eating dinner and I had my plate and for whatever reason had taken it off the table and put it, really where I shouldn’t have, which is in Hailey-range. She was so calculating; she saw it happen and very slowly walked over but didn’t make her presence known and then all of a sudden, my entire lamb chop was gone in one fell swoop!”

Though Hailey may be a bit mischievous and cheeky, it’s a good sign of her feeling good and healthy. 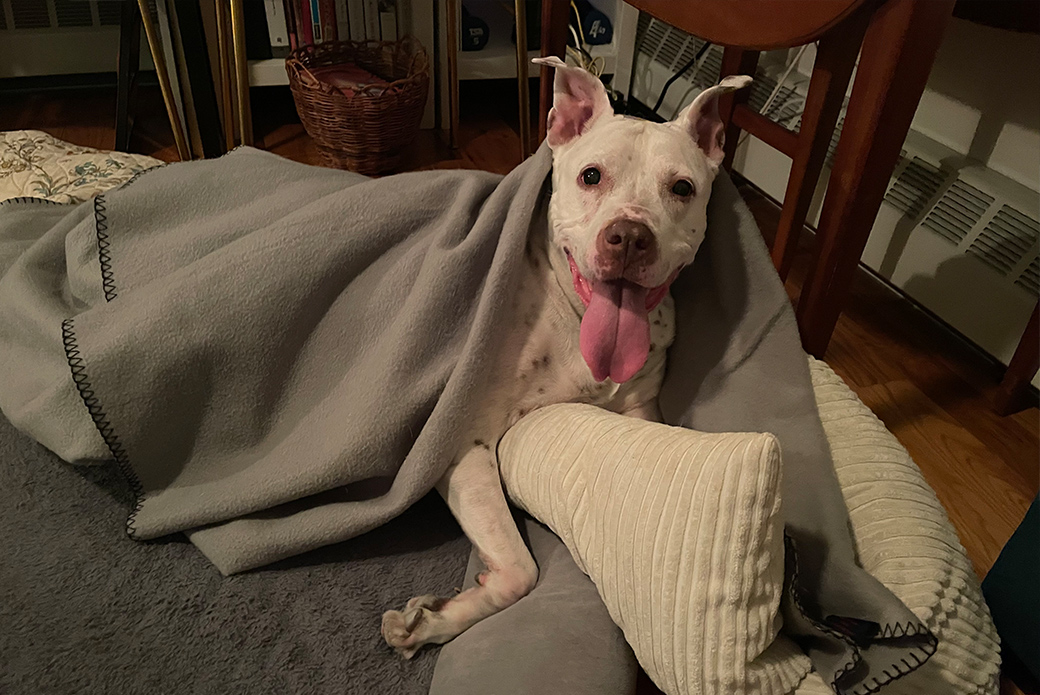 And while it’s quite clear that Barrie has changed Hailey’s life, Hailey has also changed Barrie’s right back.

“When Hailey came into my life, I wasn’t certain that I had the full resources and capabilities to care for a senior dog. But as we learned [about] each other and as I became more confident as her caretaker, it also began to translate in other areas of my life. I became more confident in the business I was growing because I had never imagined caring for a senior dog, so I started to think in that way of, ‘What are some other things I’ve never imagined taking on?’ I can do that too.” 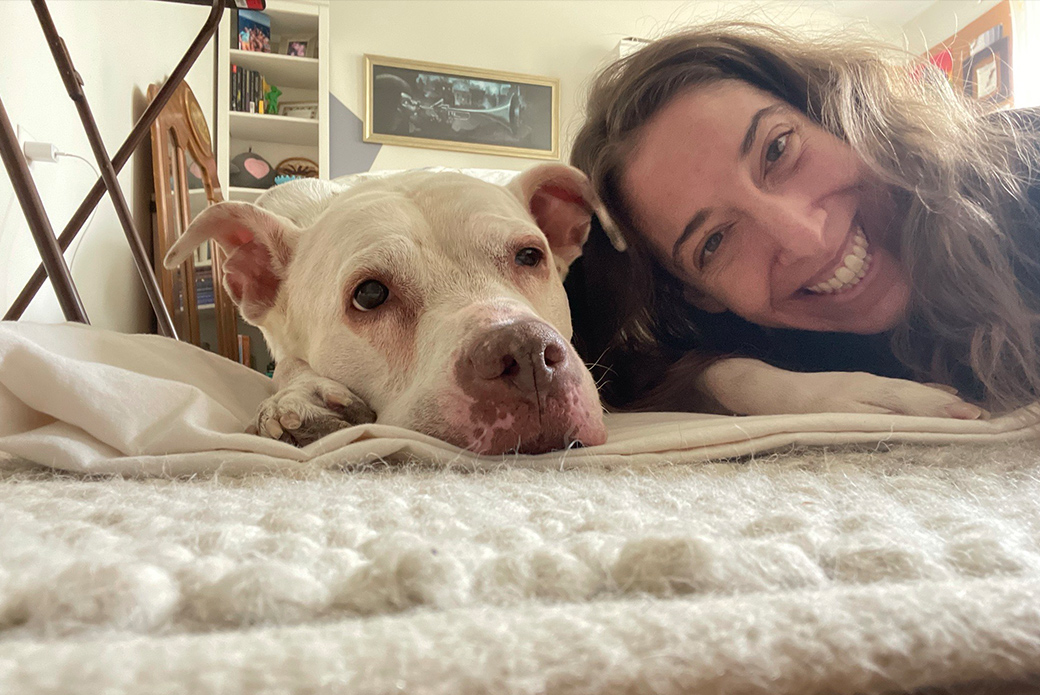 Now, instead of the back and forth to the Animal Hospital, Hailey spends her days napping, going on long walks—and smelling everything there is to smell, going to outdoor concerts and of course, stealing lamb chops off of plates when no one is looking!

“Hailey is a special, special lady. I’m sure that every animal is different, but we seem to have found a way to balance each other’s energy, which is a nice way to connect with an animal,” Barrie says. “I have confidence we’re on a good path.”