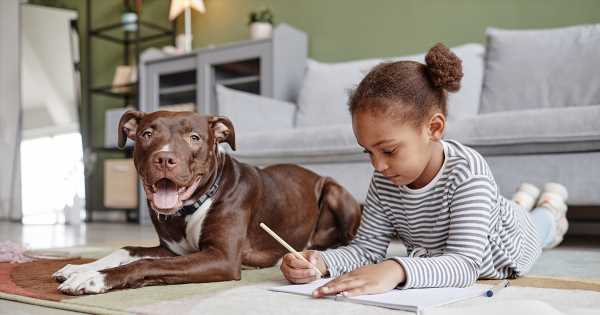 Throughout 2022, ASPCA advocates—including you!—used their voices to protect vulnerable animals across the country, urging lawmakers to enact and enforce stronger animal-protection laws. Your emails, calls and visits to lawmakers paid off! Here are 11 of last year’s most impactful legislative victories for animals:

After repeated attempts, the New York Puppy Mill Pipeline Bill was passed by overwhelming margins and signed into law late in the year by Governor Kathy Hochul! This new law will finally end the sale of commercially bred cats, dogs and rabbits in pet shops throughout New York State.

While Florida does not have a similar law in place at the state level, 80 local governments have independently enacted laws to end the sale of commercially bred dogs and cats in pet stores. For many years now, the puppy mill industry has tried to nullify these local laws by pushing a state-level bill that would take away community rights to enact them. In 2022, you helped us defeat this inhumane bill and ensure that local governments in Florida can continue to protect their citizens from the harmful effects of puppy mills.

At the federal level, Congress took steps to hold the USDA and commercial dog breeders accountable! Signed by President Biden, the 2023 federal budget builds on recent progress to hold the USDA accountable for its failed program to ensure the welfare of dogs in puppy mills and other animals in commercial facilities. For the first time, the bill requires USDA inspectors to record all violations they observe at regulated facilities on inspection reports. This shutters the USDA’s failed “Teachable Moments” policy, which the agency claimed it would discontinue in August of this year. Report language for the bill also directs the agency to reform its current licensing and enforcement procedures to better protect animals and uphold the law.

Congress passed the Planning for Animal Wellness (PAW) Act, and President Biden signed it into law! This disaster preparedness legislation will mandate collaboration between government agencies and outside experts to review and update best practices for companion, service and assistance animals in disaster preparedness, response, and recovery efforts.

Signed by President Biden, the 2023 budget allocates an additional $10 million to the Wild Horse and Burro program while instructing the U.S. Bureau of Land Management to implement a humane and sustainable approach to wild horse and burro management, shifting the agency towards reliance on fertility control. It also prohibits the lethal management and sale to slaughter of these magnificent animals.

The bill also increased funding for enforcement of the Horse Protection Act to $4 million! This is a $1 million increase from the previous year, and will bolster the USDA’s ability to enforce this critical law, which protects show horses from the cruelty of soring.

The budget additionally prohibits the U.S. Department of Agriculture from using taxpayer dollars to inspect horse slaughter facilities, which prevents commercial horse slaughter from returning to the U.S. for the duration of this fiscal year.

Signed by President Biden, the 2023 federal budget  directs the U.S. Department of Agriculture (USDA) to reform its rules for meat and dairy labels, to ensure that claims like “humanely raised” and “natural” are meaningful and reflect consumer expectations. This should reduce consumer confusion, protect animals and promote fairness and competition amongst producers of meat, poultry and egg products.

The 2023 federal budget allocates $3 million for grants to domestic violence survivors and their pets. Passage of the Pet and Women Safety (PAWS) Act in 2018 created PAWS grants to ensure that such victims are not forced to choose between their own safety and the lives of the animals they love.

In Stoneville, North Carolina, a harmful breed-specific ordinance that unfairly targeted dogs resembling pit bulls was defeated. The ordinance would have required that Stoneville residents who own certain dog breeds register their pet and pay a fee. Fortunately, the town council did not enact this cruel ordinance and instead chose a breed-neutral ordinance that treats all dogs as individuals.

In 2022, New York and Oklahoma both considered dangerous bills that would have reduced the penalties for the heinous crime of cockfighting. Forcing animals to fight for entertainment and profit is a serious crime that has no place in any community, and residents of Oklahoma and New York agreed! They spoke out against these bills and lawmakers listened. We are pleased to share that both bills were defeated.

Florida passed legislation covering the medical costs of retired law-enforcement dogs. The Care for Retired Police Dogs Program reimburses up to $1,500 of veterinary expenses each year for dogs who served at least five years with law enforcement or correctional agencies, or who had to retire after three years because of injuries suffered in the line of duty.

California made progress for animals by passing the Protection of Dogs and Cats from Unnecessary Testing Act, which ended unnecessary toxicological testing on dogs and cats! Unless expressly required by federal agencies, manufacturers can no longer involve cruel animal testing in the development of products like pesticides, chemical substances and food additives.

In the final weeks of 2022, New York Governor Kathy Hochul signed the Companion Animal Care Standards Act into law, establishing important care standards for homeless dogs, cats and other pets while living at shelter or rescue organizations. This law will improve record-keeping, care for sick animals, and veterinary and transportation standards as well as establish a licensing and inspection program for groups that care for homeless animals.

Further west in Colorado, people with pets will have more housing opportunities because the state passed measures to include pet friendly housing in the state’s qualified action plan, which describes the process for allocating important housing tax credits.

2023 has just begun and to make this year as successful as the last, we need YOUR help! Please join the ASPCA’s Advocacy Brigade and use your voice to help continue improving laws for animals.