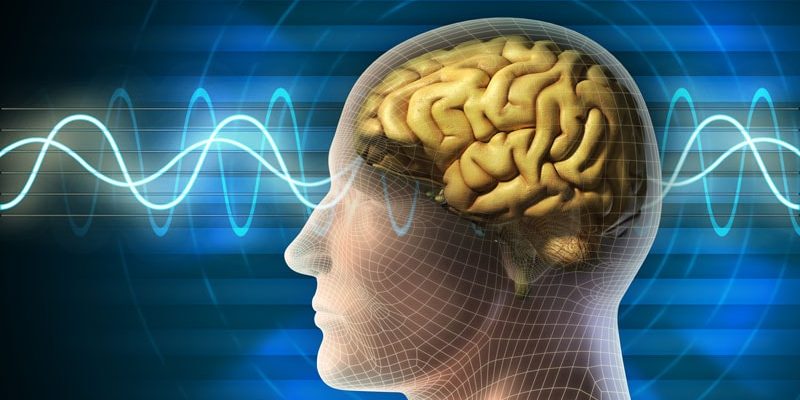 The device was implanted in five patients with PD, who wore it for up to 15 months. The technology successfully transmitted information that enabled the testing and adjustment of the stimulation delivered by the device.

“This technology carries important implications for future therapies, as they allow doctors to monitor patients more closely and make decisions ‘over the air’ to manage their [patients’] brain implants,” he said.

The study was published online May 3 in Nature Biotechnology.

Brain activity — in particular, abnormalities of oscillatory synchronization — may be “neural biomarkers for specific motor signs” of PD, the investigators note. These biomarkers could be used to inform the amount of stimulation a given patient requires, as determined on the basis of his or her individual “neural signature.”

“Bidirectional” devices both sense and stimulate neural interfaces, such that “stimulation therapy is automatically adjusted in response to changing brain states that are decoded from electrophysiological biomarkers of symptoms severity,” the authors write.

“Until now, stimulation devices for PD had no way to sense brain activity, much less respond to it,” Gilron said.

Neural interfaces that incorporate a sensing function have typically relied on hardwired connections, meaning that individuals needed to be tethered to external computers and were unable to move freely. In the current study, investigators employed a device with wireless technology, he explained.

DBS devices have classically been adjusted in clinical settings or over short periods. However, “if you ever hope to use in-hospital recordings to modify a disease state through adaptive stimulation, you must show that they are also valid in the real world,” senior author Philip Starr, MD, PhD, professor of neurologic surgery and co-director of the UCSF Surgical Movement Disorders Clinic, said in a press release.

In the current study, investigators evaluated a device that was wireless, bidirectional, fully remote, and was used over an extended period. They note that this is the first time a device with all these features has been deployed.

At 2 to 4 weeks following device implantation and before initiating standard neurostimulation, participants streamed eight-channel neural data at home over a total of 2142 hours as they went about their daily activities and adhered to their usual regimen of antiparkinsonian medications. The data were analyzed to create a “within-individual linear model” that predicted mobile and immobile states.

Participants then streamed data at home for 4 consecutive days with and without therapeutic DBS of the STN.

Participants kept a diary of motor symptoms, which was used with data from the watch to determine motor fluctuations.

“We demonstrated better efficacy of DBS by creating a personalized algorithm for each patient, responding to brain activity in real time. In the future, this can aid in patient diagnosis and management,” Gilron said.

Commenting on the study for Medscape Medical News, Kari Ashmont, PhD, project manager of the National Institutes of Health’s Brain Research Through Advancing Innovative Neurotechnologies (BRAIN) Initiative, which funded the research, said, “The crux of the study is the long-term recording capability and the way scientists can then use that information to better understand what the different fluctuations in the disease and the symptoms are and how that manifests in the home environment.”

This is particularly important “because the longer recordings will start to do comparisons within an individual such that they can start to tease out unique signatures of these cortical oscillations and then better target their treatments,” Ashmont said, adding, “I think it could just be a whole new world.”

For all of its powerful therapeutic applications, the technology raises ethical concerns, because the use of devices that continuously record or modulate brain activity may be viewed as potentially compromising privacy.

“We’ve had patients approach us with concerns regarding privacy,” Starr said. “Although we are not at the point where we can distinguish specific normal behaviors from brain activity recording, it is an absolutely legitimate concern.”

Patients were free to remove their wearable devices and turn off their brain recordings when they engaged in activities they wanted to keep private.

Khara Ramos, PhD, director of the Neuroethics Program at the National Institute of Neurological Disorders and Stroke at the NIH, told Medscape Medical News that privacy is “central in everything we do in the BRAIN Initiative.”

She explained that the BRAIN Neuroethics Working Group was convened to provide the NIH BRAIN Initiative with input regarding neuroethics.

“We’re interested in being mindful of how these technologies can be integrated into the lives of these patients, their effects on agency, identity, and personhood, and actively funding research to investigate these areas, and we also ask for patient input because, if you want people to use a set of tools, you need information from the people who will be using them,” Ramos said.

One approach is “privacy by design, so as these technologies are built, their design includes measure to ensure privacy and security,” she suggested.

Commenting on the study for Medscape Medical News, Michael Okun, MD, National Medical Advisor of the Parkinson’s Foundation, said, “The impact of this approach cannot be understated, as this is a population already struggling to travel and to access care.”

However, “remote behavioral measures will need to be validated as accurate and as useful for guiding remote adjustment, and security of private health information will also need to be improved,” said Okun, who is the chair and professor of neurology, University of Florida, Gainesville, Florida, and was not involved with the study.

Nevertheless, he added, “Healthcare providers should be overjoyed to finally see this type of technological advance take another step toward implementation.”

Previous: Coronavirus variant B16172: Could it block the UK’s path out of lockdown?
Next: Discreet & Quiet Vibrators That Won’t Wake Up the Whole House
Related posts
Pet Care News