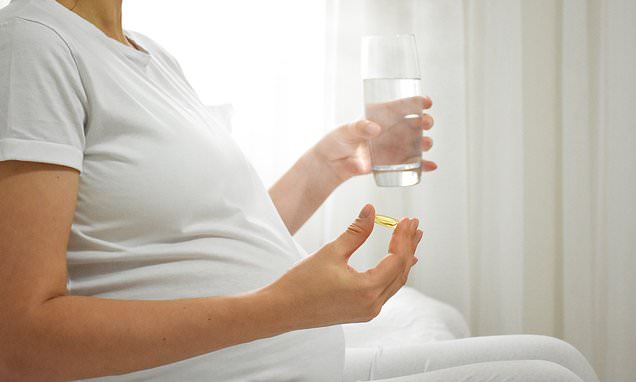 Why pregnant women need to dose up on vitamin D: Kids born with low levels of the sunshine vitamin are more likely to have high blood pressure

Children born with low vitamin D levels are at a higher risk of having high, unhealthy blood pressure, a new study suggests.

Babies whose vitamin D are sub-par at birth are at a 60 percent greater risk of developing high systolic blood pressure between ages six and 18, according to the American Heart Association study.

If a child’s mother doesn’t get ample vitamin D from food, sun exposure or supplements while she’s pregnant, they won’t be able to properly absorb the calcium they need to develop strong bones.

And it can have disastrous effects for their cardiac health later in life too, raising their risks of developing heart disease, the number one killer in the US. 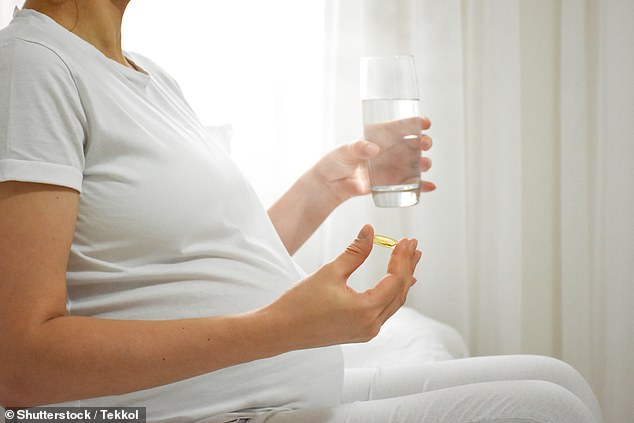 There are no less than 30 essential vitamins and minerals that the body can’t produce on its own but needs in order to operate properly.

Vitamin D and phosphorous work together to make sure the concentration of calcium calcium in a person’s blood is high enough for the mineral to get deposited in the bones.

It’s considered one of the most crucial vitamins and is known to reduce the risk of falls among the elderly by keeping their bones strong.

Research suggests that the benefits of vitamin D may reach far beyond the bones, however.

The latest research, conducted by Johns Hopkins University scientists, suggests it may have equally important effects for developing babies and children.

Researchers there tracked a group of 775 American children for the time they were born up to age 18.

First they measured the vitamin D levels in blood from the newborn children’s umbilical cords, then continued to take blood samples throughout the children’s lives.

They found that the children with fell below that benchmark at birth tended to test high for blood pressure between the ages of six and 18.

Systolic pressure is considered a marginally better predictor of someone’s risk of heart disease and death from a cardiac event.

The children born with low vitamin D levels were at 60 percent higher risk of having a systolic pressure of over 120.

Sixty-eight percent of the children monitored in the study were African American, and most grew up in low-income areas of cities.

For one, darker skin pigments don’t produce as much vitamin D when exposed to sunlight, the primary source of vitamin D for most people.

Oddly, black Americans do not have the poor bone health associated with vitamin D deficiency, suggesting the deficiency may be over-diagnosed in this group.

However, the new study suggests vitamin D levels still need to be maintained for heart health – beginning in the womb.

‘Currently, there are no recommendations from the American Academy of Pediatrics to screen all pregnant women and young children for vitamin D levels,’ said Dr Guoying Wang, an assistant scientists at Johns Hopkins and the study’s lead author.

‘Our findings raise the possibility that screening and treatment of vitamin D deficiency with supplementation during pregnancy and early childhood might be an effective approach to reduce high blood pressure later in life.’

Previous: Jason Statham and John Mayer Nail the #BottleCapChallenge
Next: A Superhero Trainer's 5 Tips To Get You in Save-The-World Shape
Related posts
Pet Care News