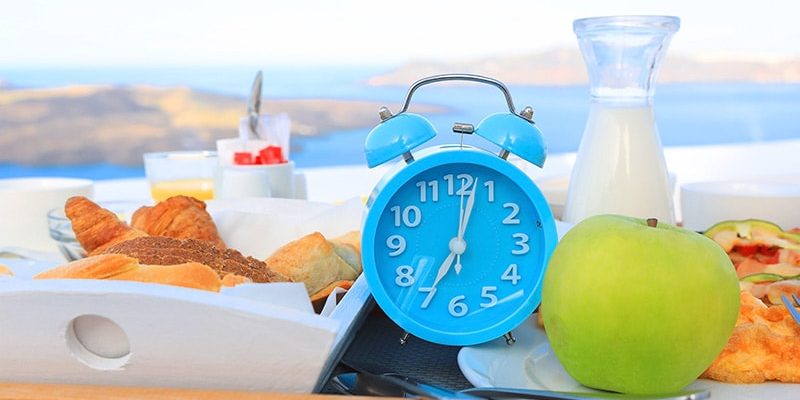 Home » Health News » What Do We Know About Intermittent Fasting?

MADRID, Spain — The results demonstrated by research in an animal model and the good perspectives offered by preliminary studies in humans have inspired interest in intermittent fasting among people in general and specialists alike. This was reflected in a session dedicated to this dietary approach at the 63rd Congress of the Spanish Society of Endocrinology.

“Although the studies carried out have small samples and examined not very long periods of intervention, the results seem promising, and it can be said that the scientific hypothesis sounds good,” said Idoia Labayen, professor of physiology at the Public University of Navarra and director of the Institute for Innovation and Sustainability in the Agri-Food Chain during her presentation on the use of intermittent fasting in the treatment of obesity.

Labayen analyzed studies carried out on the restriction of the time window, or time-restricted eating (TRE). She highlighted that intermittent fasting that is in vogue at a social and scientific level.

“It has been known for some time that chronodisruption increases the prevalence of diseases such as obesity, diabetes, or cardiovascular pathology, and on this basis, evidence has been developed that it is not only important how many kilocalories are consumed in the diet or from what nutrients and food they come from but also when they are ingested,” she said.

She explained that observational studies in humans have shown how mealtime is related to weight loss, regardless of caloric intake and diet composition. In these studies, a distinction was made between early eaters, who consume most of their daily kilocalories in the first part of the morning, and late eaters, (whose caloric intake is higher at the end of the day.

“It was shown that weight loss was greater in those who consumed the kilocalories in the morning, evidence confirmed by further research,” said Labayen. These data call into question the traditional concept of energy balance, display the ignorance of the physiologic mechanisms involved in these effects, and in turn raise many questions: Does the timing of intake have effects on energy use? Are kilocalories that are consumed in the morning used less efficiently? Is the thermogenic effect of food less in the afternoon or evening than in the morning? “There is evidence of all this in animal models and observational studies, but the data are less consistent in humans.”

To answer these questions, studies with different objectives have recently been carried out. “Some have analyzed the effect of timing on energy expenditure, appetite regulation, and metabolism in adipose tissue, among other aspects,” said Labayen. “The results (late vs early) demonstrated that the feeling of hunger was twice as high in those who followed the late protocol. This regulation of satiety is explained by alterations in leptin and ghrelin both in 24-hour periods and in those of wakefulness (16 hours) and sleep (8 hours). Regarding the regulation of the energy balance, in the lates, this energy expenditure decreased by 5%, and so did body temperature. All studies in this line confirm that the late protocols favor the appearance of the feeling of hunger.”

Another aspect under investigation is the relevance of the feeding window (that is, the number of hours during which one can eat) in this strategy ― “an approach that goes from 4 to 10 to 12 hours, prolonging the overnight fast and without controlling the per se energy intake,that has been proposed as a way to align eating to circadian rhythms,” said Labayen.

“The results of these studies suggest that maintaining consistent feeding and fasting rhythms or periods (window) leads to a reduction in body weight and improves metabolic efficiency, sleep duration and quality, and cardiovascular health. Improvements were also observed at the level of mood and quality of life,” she added.

Along the same lines, studies of the effect of TRE on cardiovascular risk factors found that caloric restriction with a 10-hour window reduces weight, blood pressure, and atherogenic lipid levels in patients with metabolic syndrome.

“The most relevant research in this sense is a study carried out with workers (specifically, firefighters) in 24-hour shifts and is important, among other things, because it is the first work that addresses the feasibility of TRE, together with its impact in cardiovascular risk factors,” said Labayen. “In addition to verifying that TRE (in a 10-hour window) is feasible and compatible with lifestyle, the results showed positive cardiometabolic effects, such as reductions in glycosylated hemoglobin, the size of very low-density lipoprotein cholesterol particles, and diastolic blood pressure.”

Despite the fact that intermittent fasting is generally associated with weight loss, Labayen emphasized that few studies have involved persons with obesity or those who are overweight. An exception is the Extreme Project, a study being conducted by the public universities of Navarra and Granada. Labayen is the study’s scientific director.

“This is a study that analyzes the feasibility of this method in the specific case of Spain, with the aim of verifying if the effectiveness of TRE depends on the schedule,” she said. “The approach is significant, since most of the published studies come from Australia or the United States, but there is no research in Mediterranean countries adapted to this lifestyle.”

This randomized clinical trial includes 200 participants (50% women) with obesity or overweight. Ages of the participants range from 30 to 50 years. The body mass index (BMI) of the participants is 30 kg/m2 or greater, and each participant has at least one cardiovascular risk factor. The control group is on a Mediterranean diet and follows healthy lifestyle guidelines. The other participants are divided into three groups on the basis of the timing of the TRE protocols: early TRE, late TRE, and free choice of window. The window for all was 8 hours (which entails a 16-hour fast). To determine feasibility, an intakes, compliance, and possible adverse effects are being recorded. Efficacy is being evaluated on the basis of reduction of visceral adipose tissue. Other ectopic fat deposits, glucose metabolism, lipid metabolism, blood pressure, dietary pattern, energy intake, physical activity, and sleep are also being measured.

“Although preliminary results have shown some adverse effects (nocturnal hypoglycemia in those on early TRE, migraines in late TRE, and migraines, sleep problems, and anxiety in the self-selected group), they are less than expected,” said Labayen. “Regarding changes in weight and body composition, it has been seen that those who follow TRE lose more weight compared with the control group, with no notable differences between the three fasting groups. BMI is also reduced more in those on TRE, and the same is true for fat mass.

“Regarding muscle mass, while there is no loss in the control group, it does occur in the TRE group (around 1 g). This loss of lean mass is an unwanted effect, because it leads to a decrease in energy expenditure and, consequently, the recovery of the lost weight, being in fact one of the issues of intermittent fasting that is currently being investigated,” Labayen continued.

Labayen defined the current results as very positive, “especially in terms of cardiovascular risk factors. In other factors, such as weight and muscle mass index, there are still issues to be clarified, because the duration of the studies is still very short. On the other hand, although alignment with the circadian rhythm seems to improve glucose metabolism, more evidence is still needed. And from the point of view of professionals, it is very practical, since it is easier to make patients understand what they should eat within a certain number of hours than to teach them to read labels, count kilocalories, and weigh food: strategies that have shown little success.”

The main limitations of these studies are that they have few participants, the populations are heterogeneous, and the studies are of short duration. “Furthermore, it is not determined how long the feeding window has to last, and most studies are focused on the early window,” said Labayen. “It is also not known whether this strategy reduces energy intake, because the truth is that this is an aspect that has not been well evaluated, and there are no studies that evaluate this intake over a longer period. Efficacy, feasibility, and acceptability are unclear. Another challenge is to see if this eating pattern is compatible with social life and with the exercising and, beyond weight, to verify what effects the fact of prolonging the period of fasting has on body composition, particularly lean mass.”

In light of these still-unresolved issues, Labayen stated that “it is very likely that intermittent fasting is not recommended for all patients with obesity, as is the case with other treatments, and specialists should assess its indication in the future.”

During the same session, Rafael de Cabo, PhD, a specialist in the Department of Translational Gerontology at the National Institute on Aging of the National Institutes of Health, reviewed the main evidence on intermittent fasting in animal models (primarily monkeys and mice). “Throughout all these years of study, we have learned that caloric restriction produces a response in the whole organism, which follows a fairly defined pattern and which is different, depending on whether caloric restriction is short or very long term,” he said.

De Cabo explained that these studies have shown the benefits of intermittent fasting in a wide range of chronic diseases, such as cardiovascular disease, diabetes, cancer, and neurodegenerative disorders. “Specifically, work in animals has shown that a smaller window (TRE) improves circadian rhythms and reduces energy intake, weight and body fat, and abdominal obesity. It also has positive effects on the microbiota, the glycemic and triglyceride profile, and reduces blood pressure, oxidative stress, inflammation, and arteriosclerosis. It is also known to decrease hunger and improve quality of life and sleep patterns. In addition, it has been seen that all these benefits are regardless of whether there is obesity,” said de Cabo.

“The next step is to see how some of this evidence can be translated to the public. There is beginning to be much more research in humans within the framework of the enormous interest that this topic arouses. There are currently around 50 clinical trials underway, each time with larger cohorts and which suggest that the different forms of fasting have positive effects. Most of the studies are focused on verifying whether fasting or moderate caloric restriction is applicable or adaptable to the clinic, and so far, all have proven to be so,” he added.

Like Labayen, de Cabo highlighted the need to increase knowledge of the possible long-term benefits of intermittent fasting with studies that involve larger populations and that have longer follow-up.

Labayen and de Cabo have disclosed no relevant financial relationships.

This article was translated from Medscape Spanish edition.