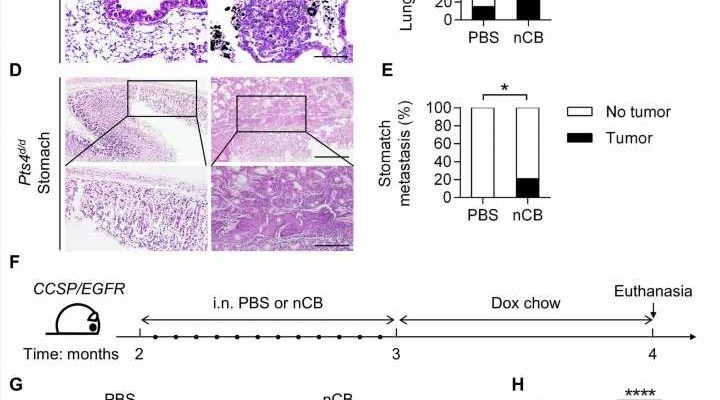 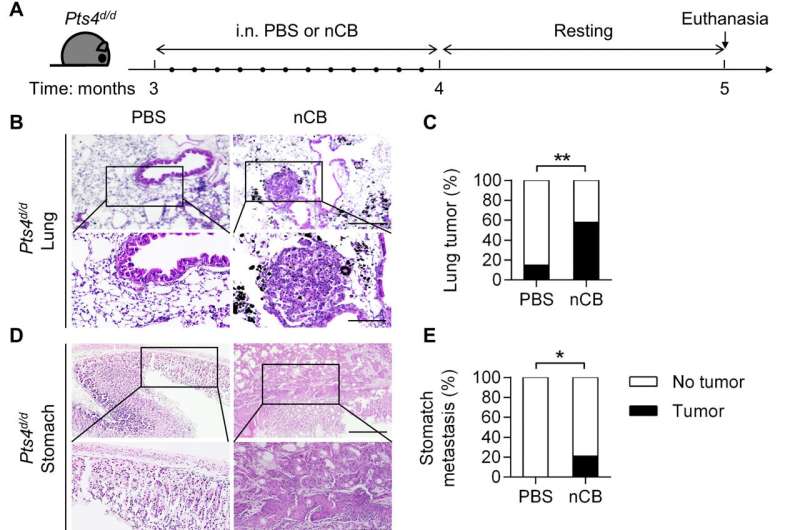 While it may seem common knowledge that smoking is bad for your lungs, if and how ultrafine particles present in cigarette smoke impact the development and progression of lung cancer remains unclear. Researchers at Baylor College of Medicine sought to find how airborne ultrafine particles in smoke can change a host’s defense against lung cancer.

In a study published in the current edition of Science Advances, Dr. Cheng-Yen Chang, a postdoctoral fellow in Dr. Farrah Kheradmand’s lab in the Department of Medicine–Pulmonary at Baylor, and their team discovered that exposure to ultrafine particles alters the function of immune cells in the lungs, disabling their natural defense mechanism against tumors. They found that ultrafine particles change the cell’s primary energy source, creating new byproducts in the lungs. Accumulation of the new byproducts can decrease the host’s immune defense, allowing tumors to escape detection.

These particles are not just found in cigarette smoke; environmental and other natural fires also incompletely combust organic matter that generates ultrafine particles. Kheradmand and colleagues at Rice University had previously found that immune cells in the lungs of heavy smokers contain particles that they identified as nano-sized elemental carbon black.

“When we breathe, we inhale many particles of different sizes. They are lodged somewhere along the airways, like in the nose or trachea, depending on their size. Ultrafine particles are so small they can navigate the respiratory system and deposit in the far distal part of the lung that is used for gas exchange—the process of breathing,” Kheradmand said. “It is at that point where these particles can collect and begin to alter the way lung immune cells function.”

“What we saw was that the immune cells changed what they used for energy. They went from using fat, which is what is seen in the average cell, to using sugar. The new byproducts alter immune cells allowing for tumors to escape recognition,” Chang said. “This exposure made tumors more aggressive and more likely to metastasize or spread throughout the body.”

Another surprise was that whether mice were predisposed to develop cancer didn’t matter; exposure to ultrafine particles still led to changes in energy usage from fat to sugar in immune cells even in the absence of any tumor.

“The particles change the powerhouse of the cells, altering their internal machinery,” Kheradmand said.

The study only looked at how the ultrafine particles affected immune cells and cancer development; further studies are still needed to look at other factors such as the concentration of particles and length and type of exposure.

“We are only looking at the significance of having these particles present in the airways—whether they are causing and progressing the disease. We know they have been found in smokers’ lungs so our study simulated exposure similar to a heavy smoker,” Kheradmand said.

Chang and Kheradmand have shown in a past study that there is a way to make these particles more soluble so they can be cleared from the lungs. However, this is in lab models and only the first step to a potential treatment in the future and not a way to make smoking safe.

“As a rule of thumb, when it comes to smoking in general, there is no way to make any amount of exposure safe,” Kheradmand said. “The best is to avoid exposure from the start.”