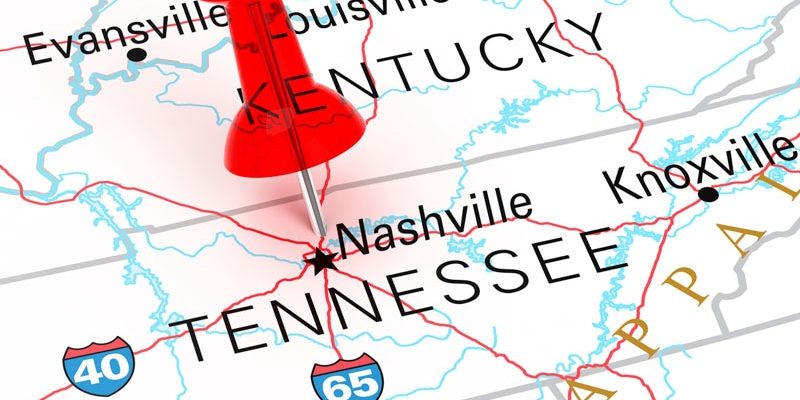 NASHVILLE, Tenn. (AP) — Tennessee now ranks first in the country for new COVID-19 cases per capita as the state continues to battle its worst virus surge yet.

As of Tuesday, one in every 81 Tennesseans had tested positive for the virus in the past week, according to researchers from Johns Hopkins. Meanwhile, the average number of new cases daily has risen by nearly 90% since Aug. 29, to nearly 12,000 new cases a day as of Sunday.

The latest milestone is one of several records the state has reached in the past several weeks, stemming from a spike in cases and hospitalizations among school-aged children.

Hundreds of students throughout Tennessee have been forced to quarantine or isolate due to the COVID-19 outbreak. Some schools have closed classrooms due to staffing shortages, while others have temporarily asked the state to switch to virtual learning.

Yet the increase in cases among children have sparked heated responses from those opposed to enforcing stricter measures designed to help curb the spread of the disease.

Just last week, a Tennessee high school student who spoke at his district’s school board meeting in favor of a mask mandate faced laughs and heckles from adults while he spoke about his grandmother dying from the virus. Grady Knox was forced to temporarily stop talking throughout his testimony during the Sept. 7 meeting as the jeers became disruptive.

“This year we’ve already had to shut down because of a lack of staff in the school and we’re only a month into it,” Knox said. “This is going to continue if we don’t have a mask mandate.”

Ultimately, the Rutherford County school board adopted a mask policy allowing parents to opt out.

Instead, Lee recently told reporters he was hopeful Tennessee was nearing a plateau in the virus spike.

“We’re beginning to see what we think and hope, cautiously optimistic, we’re hopeful is a plateau,” Lee said. “We do not know. Sometimes that happens. Sometimes it spikes back up. But we are hopeful that we’re at that point in the state.”

As of Tuesday, the Tennessee National Guard had sent 215 personnel to help support 20 medical facilities across the state to assist health care workers focus directly on patients.

Lee has faced criticism both from state and federal officials after signing an executive order allowing parents to opt out of the mask requirement. Hundreds of students have been attending classes without masks ever since. Two lawsuits have since been filed attempting to overturn the statewide order, with a federal judge since temporarily blocking Lee’s order in Shelby County as the suit moves through court.

In Shelby County, Tennessee’s most populous, health officials have implemented a mask requirement for all indoor public spaces, including K-12 schools. Doctors in the county that includes Memphis have warned that the surge in cases was straining emergency rooms, and units for acute and intensive care.

Of the more than 7,600 active cases in Shelby County, about 35% were found in people 17 and under, the county health department reported.

Previous: Many mothers may have delayed or abandoned plans for additional children because of COVID-19 pandemic
Next: ADHD a New Risk Factor for Alzheimer’s?
Related posts
Pet Care News